YOUR MONEY with Mark: How bad will Thursday's GDP report be? 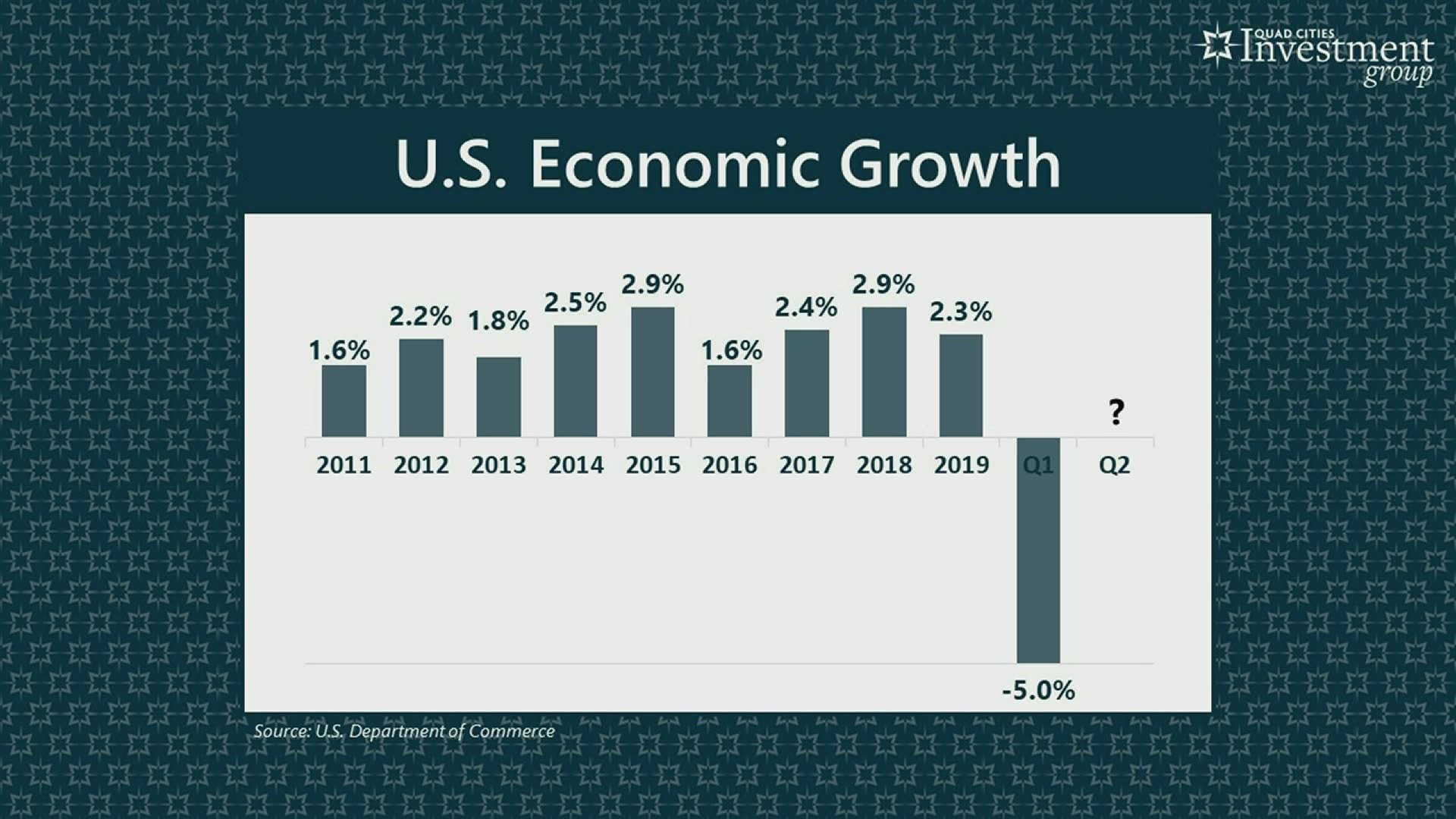 DAVENPORT, Iowa — Investment Advisor Mark Grywacheski says the gross domestic product or GDP report for the second quarter of 2020 will be released on Thursday, July 30th. The second quarter consists of data from April to June of this year.

That may be the problem with the report as Grywacheski says this one will show the "brunt of the COVID-19 economic fallout." He says the economic growth rate for the first quarter of 2020 was -5%, but for the second quarter, it's going to be much worse.

Grywacheski told us Monday, July 27th, he believes the number will be -30 to -35%. Regardless, he says the worst of the economic fallout we've seen, was in April of this year.

"Since then, we've seen this positive affirmation that the economy is strongly rebounding from that April low point, and the stock market is simply reflecting that optimism that the economy's now in what you could consider recovery mode," Grywacheski said.

Grywacheski says the markets will focus on the speed of our coronavirus recovery over the next couple of months. A big question will be, will the economy get back to normal next year, or will the virus linger into 2022?

The news will come out one week after the announcement of 1.4 million Americans seeking unemployment, the first weekly increase we've seen since March. Your Money with Mark airs every Monday between 5 ad 5:30 a.m. only on Good Morning Quad Cities.