YOUR MONEY with Mark: Economy still strong despite tariffs with China, Mexico

President Donald Trump is threatening tariffs on countries across the globe, and the latest country that could be affected is Mexico. 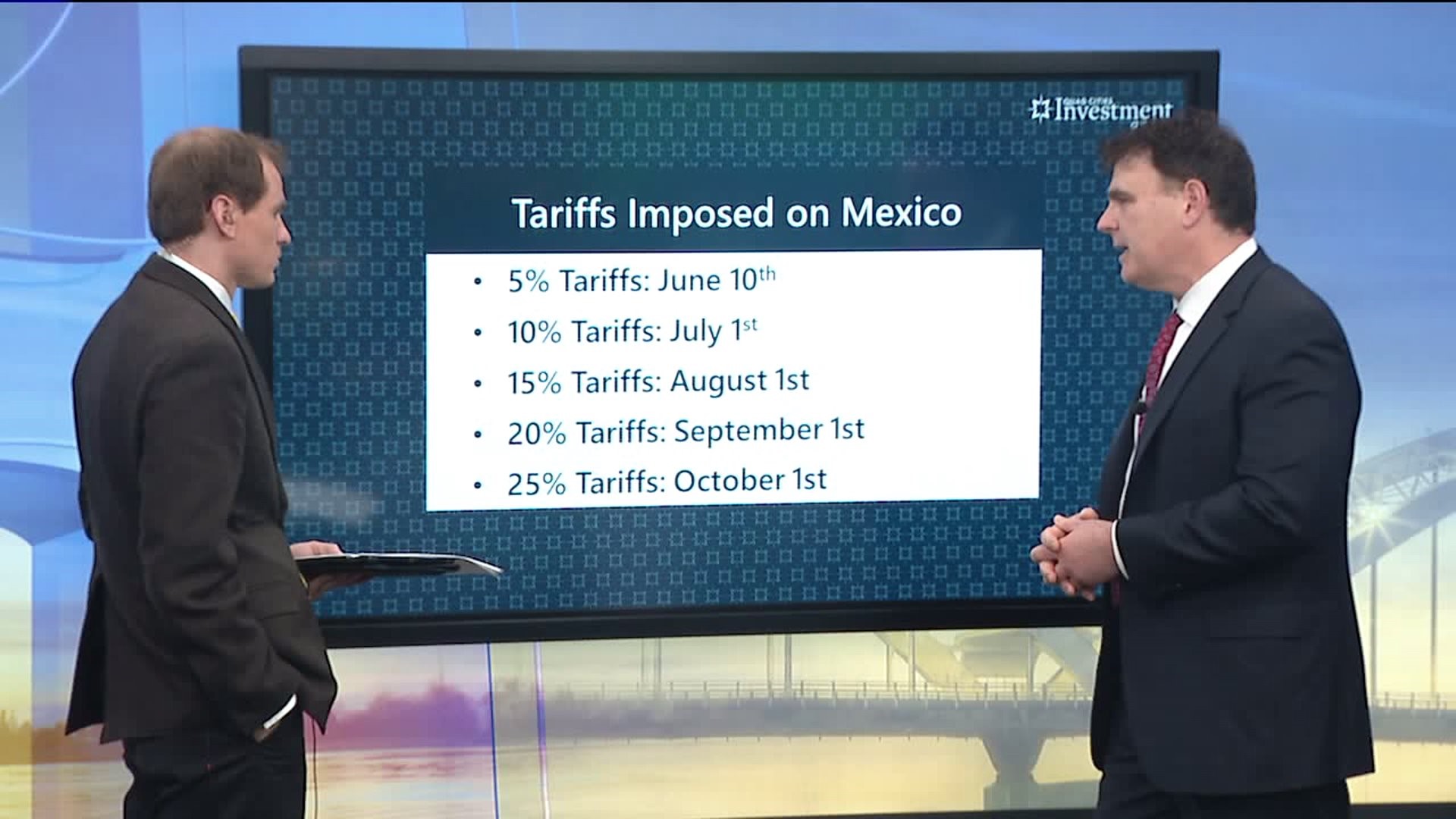 President Donald Trump is threatening tariffs on countries across the globe, and the latest country that could be affected is Mexico.

The President says he wants Mexico to step up its enforcement of the "illegal migration crisis" happening at the border. Investment Advisor Mark Grywacheski discussed the topic during Your Money. Monday, June 3 on Good Morning Quad Cities. He says despite the tariffs, the U.S. economic growth rate so far this year, has been better than the average pace since 2010.

"At the height of America's global trade disputes in 2018, economic growth rate was 2.9%. In quarter one [of 2019], the latest quarter, again [the rate was] 3.1%. The national unemployment rate was at a 50 year low. Wage growth's at a ten year high. Consumer confidence is at a near 18 year high, so all things considered, the U.S. economy's still quite strong."

In the eight years before America's trade disputes, the average pace of economic growth, was just 2.18%.