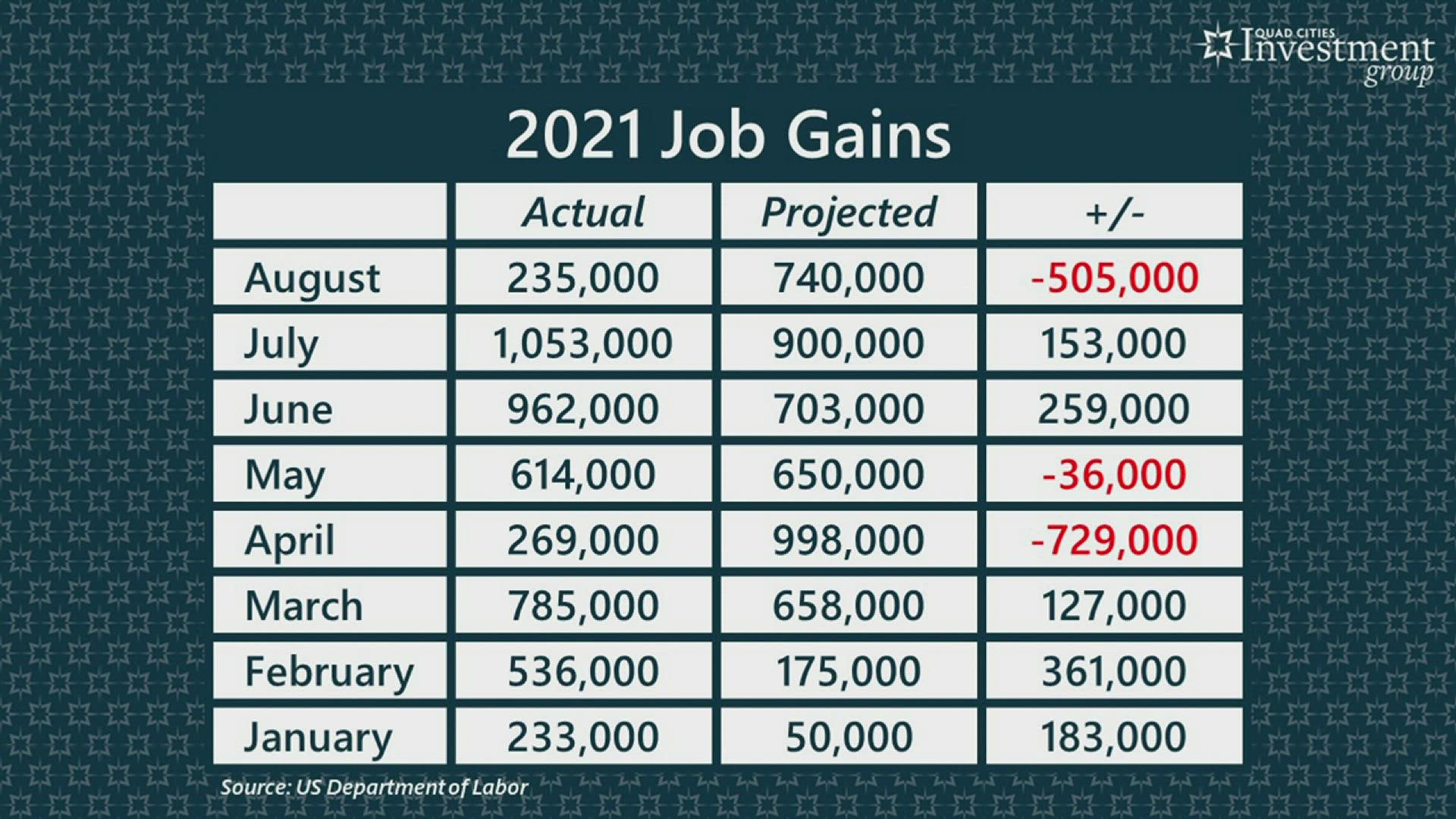 DAVENPORT, Iowa — According to the U.S. Bureau of Labor, less than 250,000 jobs were added in August, and the unemployment rate declined to just about 5%.

The number of job openings is still at record levels as many employers are still eager for workers. When it comes to the sectors where hiring was weakest, it was mainly those that required face to face contact with the public. Hiring in the food and hospitality industry sank to zero in August after restaurants, bars, and hotels added about 400,000 jobs a month in June and July.

Why's the labor market underperforming? Financial Advisor Mark Grywacheski got into that Monday, September 6th. He says it's not because of a lack of available jobs. He says there's an all-time high of 10+ million unfilled job openings.

"Maybe some people have concerns over COVID-19 and now maybe with this Delta variant," Grywacheski said. "For others, schools were closed, and maybe a parent had to stay home and look after a child."

Grywacheski says government benefits have been very generous throughout the pandemic, where many people have received more money to stay at home than they would have had they returned to their prior job. Your Money with Mark airs every Monday in-between 5 and 5:30 a.m.