YOUR MONEY with Mark: A disappointing April employment report 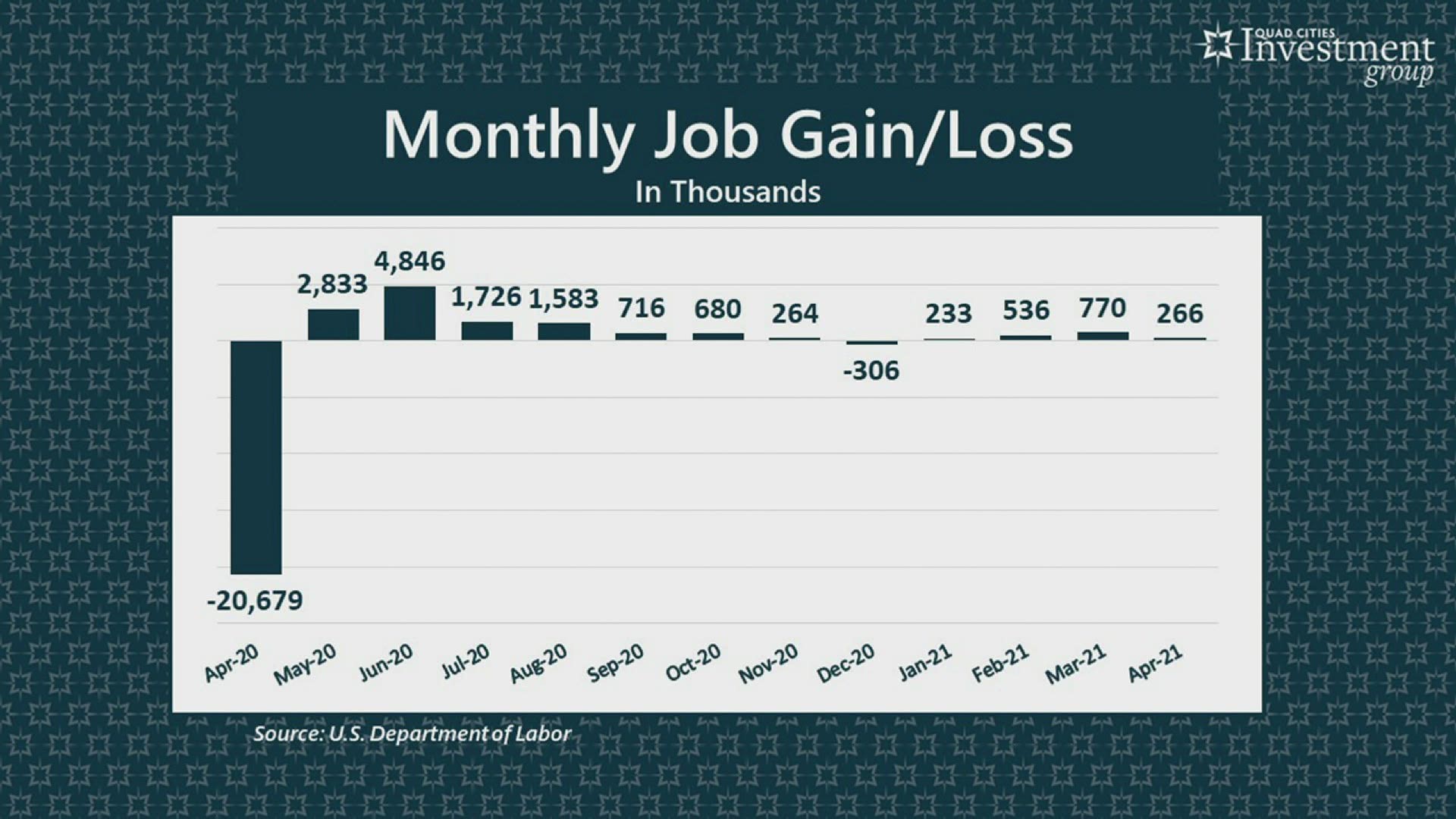 DAVENPORT, Iowa — US employers added just 266K jobs in April as hiring slowed, according to a report from the Associated Press.

Most economists expected job growth to strengthen as more vaccinations are administered and trillions in government aid spreads throughout the economy.

Quad Cities Investment Group Financial Advisor Mark Grywacheski discussed the April jobs report and what caused the slowdown Monday morning, May 10th. He says employers are having a very difficult time getting workers to come back because of the coronavirus. Some moms and dads are staying home with their kids because they're learning virtually as opposed to learning at home.

"Many people are now making either the same amount of money or in some cases even more by simply staying at home rather than returning to work," he said.

The $1,200 a month additional supplements don't run out until the month of September, but in Iowa, they're now running out in June. Your Money with Mark airs between 5 and 5:30 a.m. every Monday.