DAVENPORT, Iowa – It’s been three years since there’s been a Quad City Air Show, but that all changes Saturday, June 29 and Sunday, June 30. A... 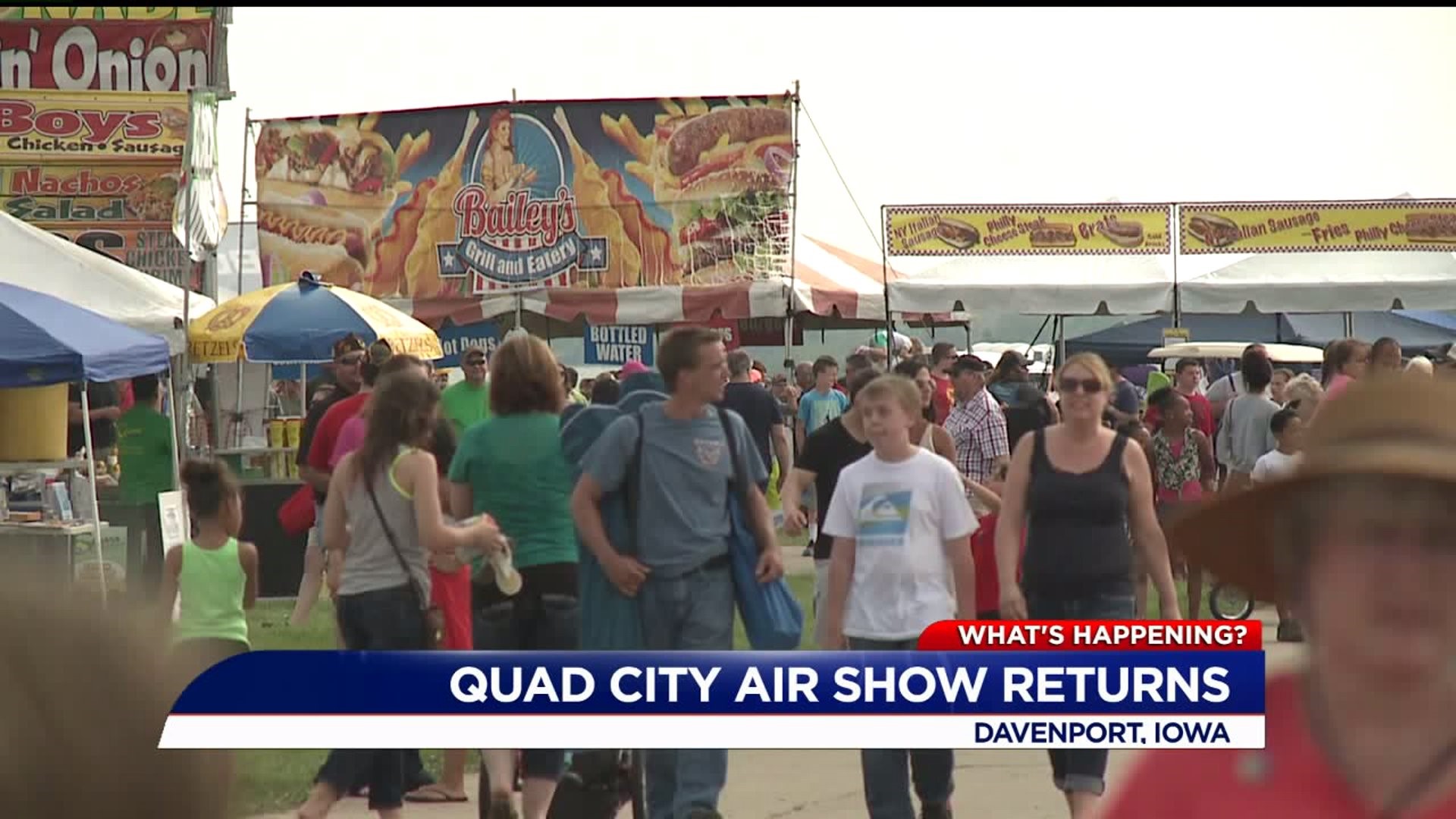 DAVENPORT, Iowa - It's been three years since there's been a Quad City Air Show, but that all changes Saturday, June 29 and Sunday, June 30.

Air Boss Ken Hopper, who puts on the show, did not have a contract with the city of Davenport in years past, but that problem has since been resolved.

Gates open at 8 a.m. both days. The main show starts at noon and ends at 4 p.m. Gates close at 5 p.m. It all takes place at the Davenport Municipal Airport. The United States Navy Blue Angels will be there. For ticket information, click here.

Other events at Coal Valley Days include a Craft Vendor Fair, a BBQ Cook-Off Contest, Car Cruise-In, Fireworks in the Park, Chalk the Walk, the Coal Valley Days Parade, and more! For the full schedule, click here.

DAVENPORT, Iowa - Pride Week comes to a close this weekend with Quad Cities Pridefest. It marks the culmination of a week-long celebration of LGBTQ diversity in our area that began with the QC Pride parade this past Saturday.

The two-day event begins at 4:00 p.m. Friday with festivities lasting through midnight. On Saturday, the festival is open from noon to midnight. There will be plenty of live music, food, drinks, art, pyrotechnics performances, belly dancers, Burlesque, and much more. There is a drag show both days at 5:00 p.m.

Last year, it was held in the Village of East Davenport due to a crash that impacted Mary's on 2nd. This year, it will be back at West 2nd and Warren Streets in Davenport.

For more information on this year's Pridefest, click here.