Organizer Bobby Ray Bunch joined us live during GMQC at 11 Tuesday, August 24th to talk about the upcoming event in Muscatine. 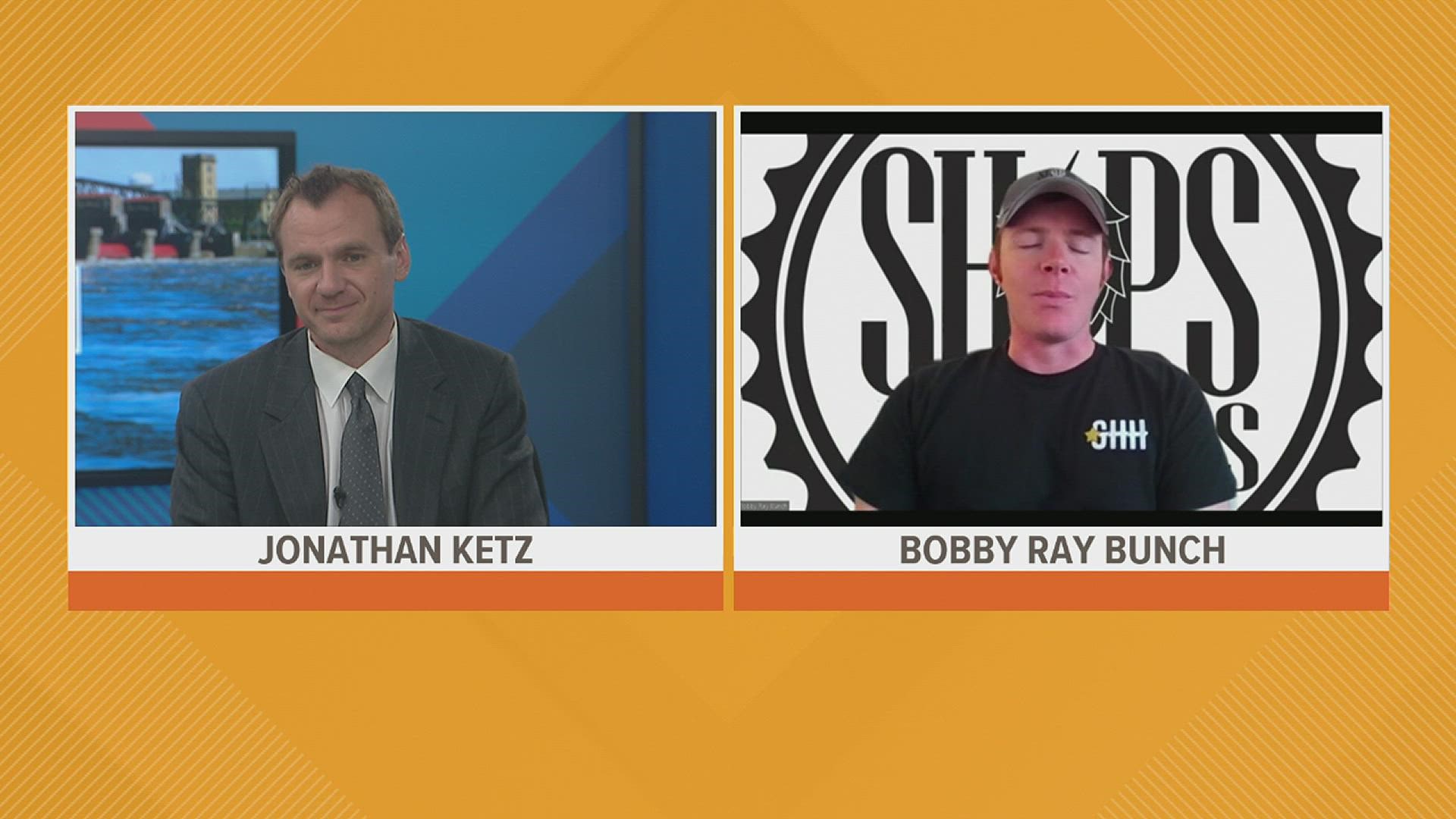 MUSCATINE, Iowa — Shops with Hops allows attendees to sip their way through stores in one of our Quad City area communities. Breweries will be set up in specific shops, so you can sip beer and shop at the exact same time.

Usually the event's just in LeClaire, but this year, organizer Bobby Ray Bunch is expanding it to Muscatine. Bunch explained why he's having the event in downtown Muscatine during GMQC at 11 Tuesday, August 24th. He talked with News 8's Jillian Mahen Friday, August 20th as well.

"There's just some really great shops down there, and I'm so excited about this lineup of breweries from all over the state of Iowa," Bunch said Tuesday.

Toppling Goliath, Big Grove, the ReUnion Brewery, and more will all be at this event Saturday, August 28th. You're asked to buy your tickets through this website here. They cost $25. You're asked to pickup your event map and glass at 2:30 p.m. that day at Riverside Park. The tastings in individual shops end at 6 that night, but there's an after party at that time at Contrary Brewing for anyone who's willing to stop by. If you're interested in learning more about Shops with Hops, click here.