YOUR MONEY with Mark: Why weather's partly to blame for a retail sales drop

"Whenever you get this adverse weather, it hinders travel for shoppers and reduces demand non-essential purchases," he said Monday. 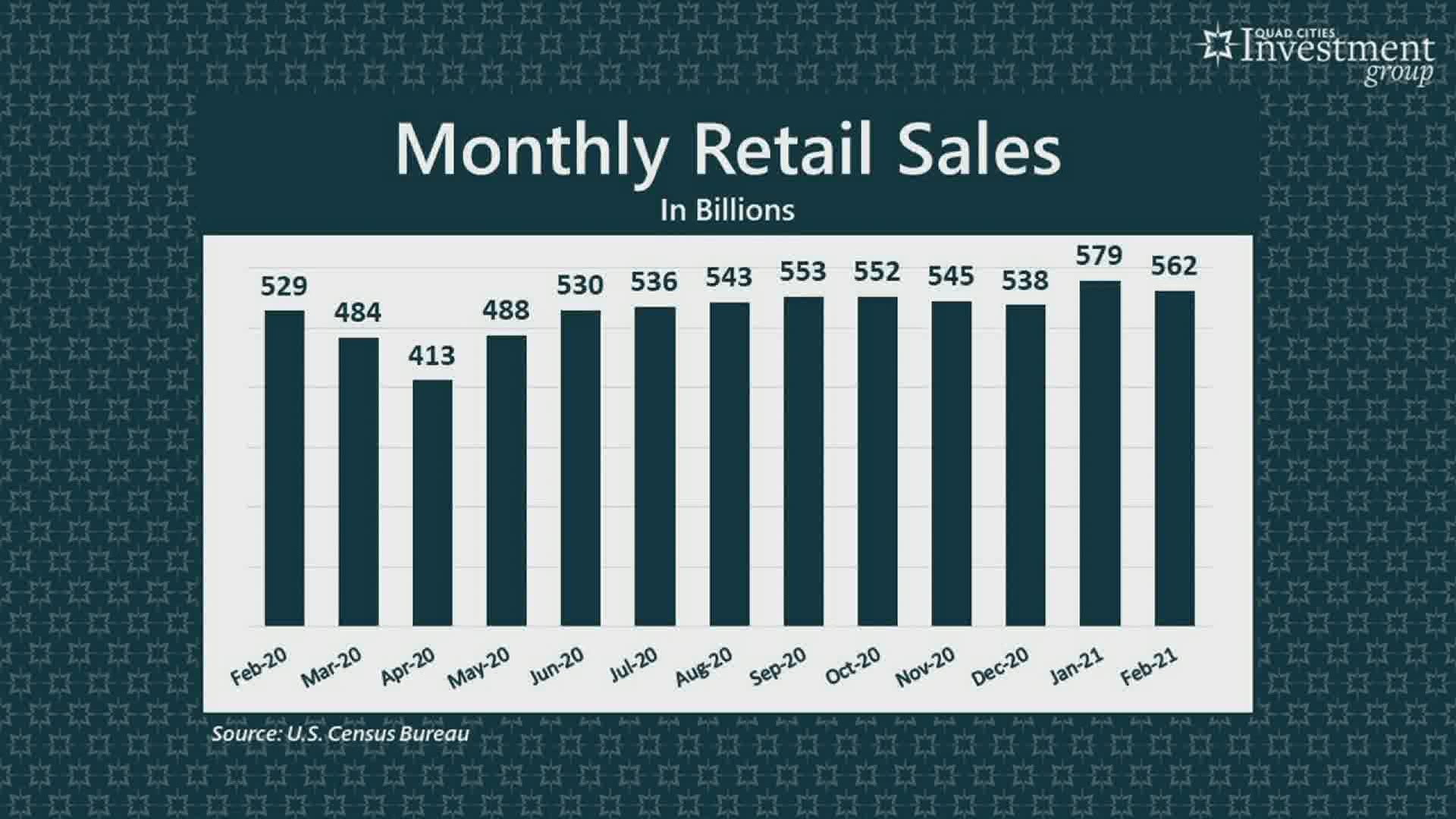 The Department of Commerce released its monthly Retail Sales Report for February. The monthly report showed that Retail Sales in February suddenly fell by 3%, far below January’s gain of 7.6%.

Financial Advisor Mark Grywacheski says the weather may have actually played a role in why the sales went down.

He joined us live for Your Money during Good Morning Quad Cities Monday, March 29th. Grywacheski says February's massive and deadly power outages across Texas may be partly to blame for the sales drop.

"Whenever you get this adverse weather, it hinders travel for shoppers and reduces demand non-essential purchases," he said Monday.

$562 billion worth of goods were sold in February of 2021, still well above the pre-pandemic numbers we saw in January and February of last year. Because of that, Grywacheski's not too concerned with decline.