Mexican Lasagna is a thing and it’s delicious!

As the weather turns colder, we’re always looking for a great recipe that warms the kitchen and our stomachs. This recipe for Mexican Lasagna comes from o... 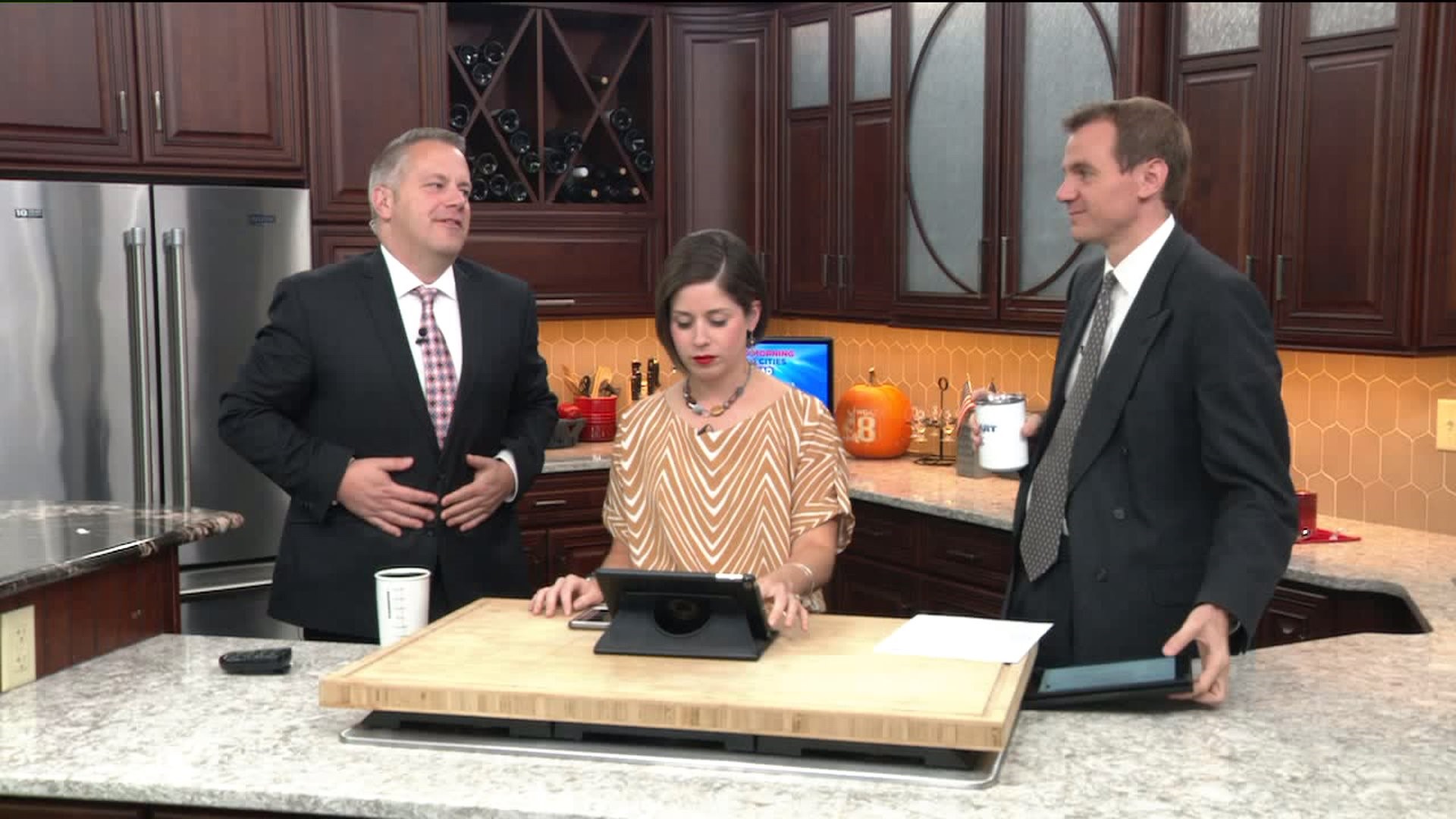 As the weather turns colder, we're always looking for a great recipe that warms the kitchen and our stomachs.

This recipe for Mexican Lasagna comes from one of my friends, Laura Magolan, who is a TV news producer in Milwaukee. She's super clever in the kitchen so I decided to put this recipe to the test this past weekend.

We talked about this on Monday's Good Morning Quad Cities and so many people asked for the recipe. I asked Laura and because she's so nice and you're well-deserving, here it is:

Brown ground beef & chorizo in a pan and add the Chili powder, garlic powder, and cumin. Add frozen corn to the meat and set aside.

Then, roast the poblano and jalapeños over an open flame until skin is charred & black (I did this on the gas grill, set on high). Let cool. Then peel that charred skin off, slice in half, and take scrape out the seeds.

*NOTE* I asked the friendly deli people at Hy-Vee for some food gloves and used those when working with the peppers.

Chop your roasted peppers up into a small dice. Boil the lasagna noodles to al-dente doneness.

Spray a 13x9 baking dish with cooking spray and then spread a little bit of the enchilada sauce on the bottom. Put three lasagna noodles in the bottom of the pan. Then spread half of the corn & meat mixture on the noodles. Toss a little cilantro on top, spread some black beans, and cover with a little bit of all the cheese to make the first layer. Add a little of the enchilada sauce to help bind everything together. There’s your first layer!

Next layer: put down three noodles, spread some enchilada sauce on the noodles, spread all of the chopped poblano and jalapeño peppers, add a little bit of the black beans, some chopped cilantro, more of the cheeses, and layer two is done!

Final layer is same as the first: meat, beans, cilantro, cheese & a little enchilada sauce! Now throw those last noodles on top, pour the rest of the sauce to cover the noodles & spread out your cheese to cover like you would with a traditional lasagna!

Cover your lasagna with aluminum foil and pop in a preheated oven at 350 degrees for 25 minutes. Remove the foil and bake for another 20 minutes! Top with chopped cilantro, scallions and you can put a little sour cream on top and enjoy!

Of course, like any lasagna, you can make revisions to leave anything out or put other things in. I made the lasagna using plant-based chorizo and added olives. You certainly could use peppers in a jar, instead of the fire-roasted ones, but it won't be as much fun to put together.