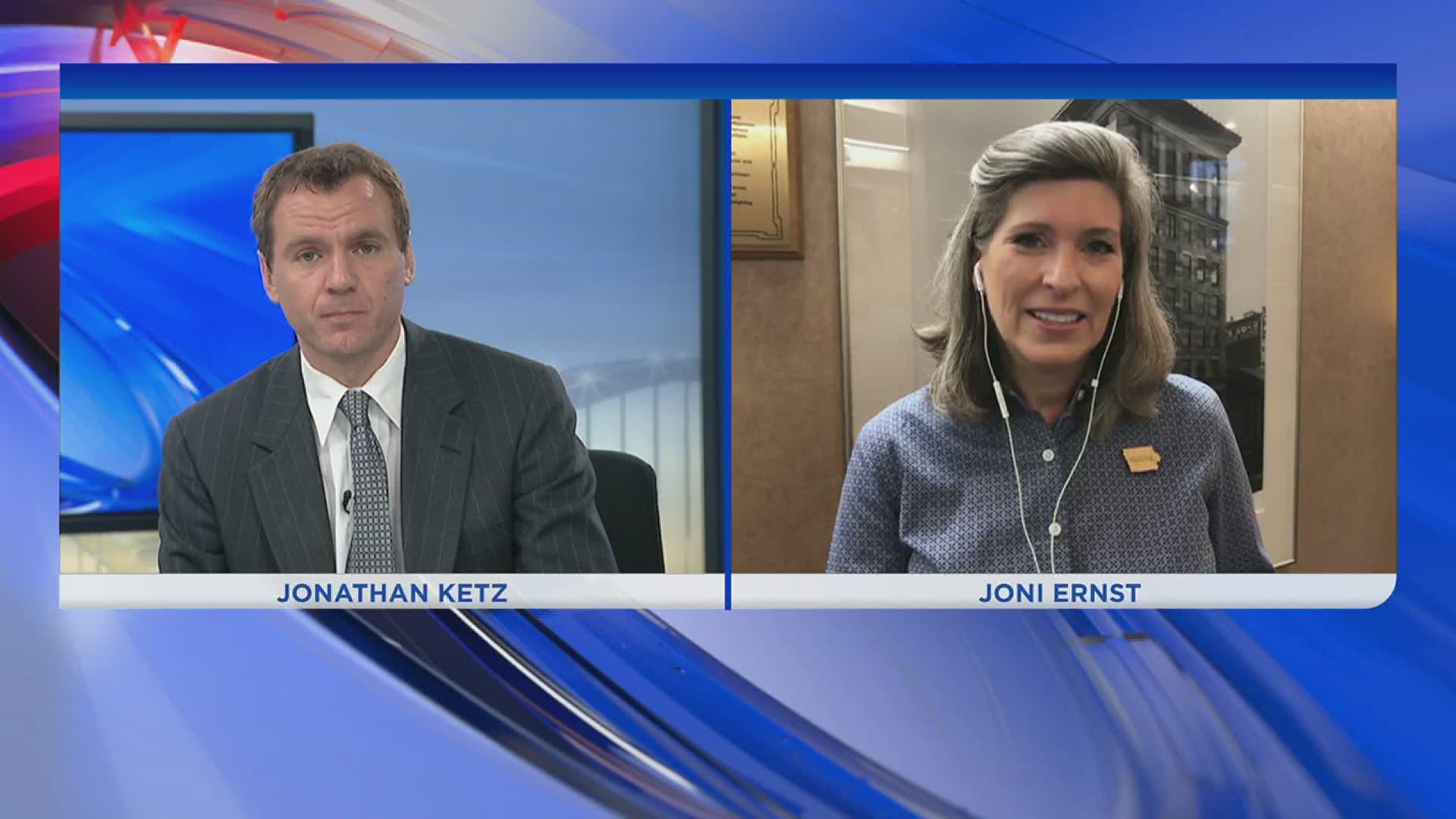 Ernst appeared at the WIC Program building downtown for a drive thru diaper bank Wednesday, July 15th. It's open to the public, and it starts at 2:30 p.m.

Thursday, we discussed what she wants in future federal relief bills. She also says wears a mask when she goes to the grocery store and was wearing one Wednesday at the drive thru. Ernst said Thursday, that others should do the same.

"When I'm in groups, and where it's appropriate, I will wear a mask," she said. "I think it's the right thing to do, and I'll set that example."