The latest gross domestic product report’s out, and the number has dropped off a bit. 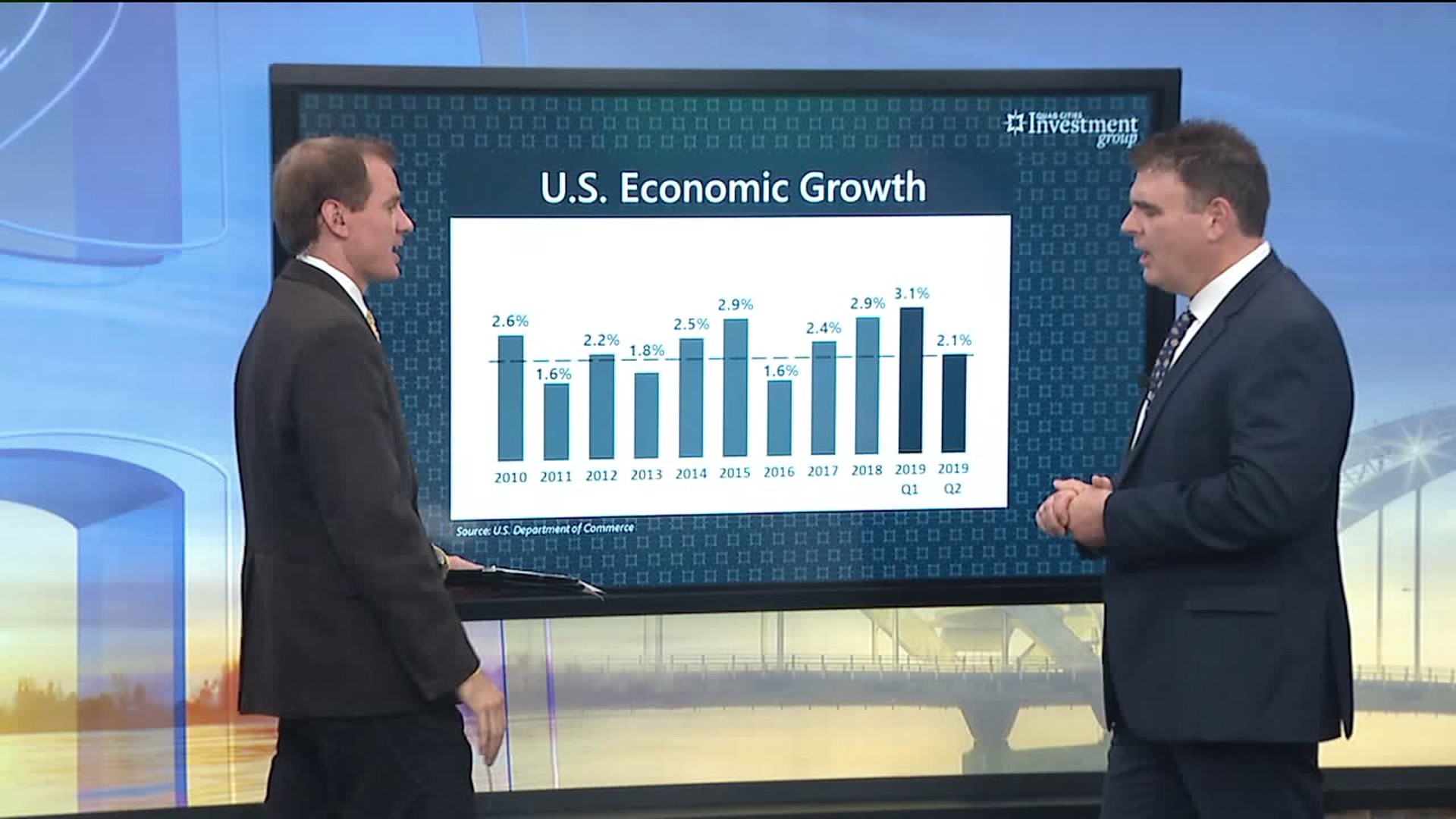 MOLINE, Illinois-- The latest gross domestic product report's out, and the number has dropped off a bit.

Investment Advisor Mark Grywacheski joined us Monday, July 29 during Good Morning Quad Cities. The annual rate of economic growth was just 2.1% for the second quarter. It's a 1% drop from the 3.1% the country saw in the first quarter of this year.

Gtrywacheski says despite the number, the economy's not in dire straights.

"This is a strong economy that's going through a rough patch that needs a quick fix," he said Monday morning. "That quick fix is the Federal Reserve lowering interest rates. As the Fed lowers interest rates, it lowers the cost of borrowing, which stimulates consumer spending, business spending, and helps boost economic growth."

The Fed's next meeting is Wednesday, July 31. They're expected to lower interest rates by a quarter of a percent.

I also think Grywacheski has a very unique infatuation with Barney Fife from The Andy Griffith Show. If you don't know what I mean, watch the entire video above.