IN THE KITCHEN with Fareway: Having Smaller Holiday Options 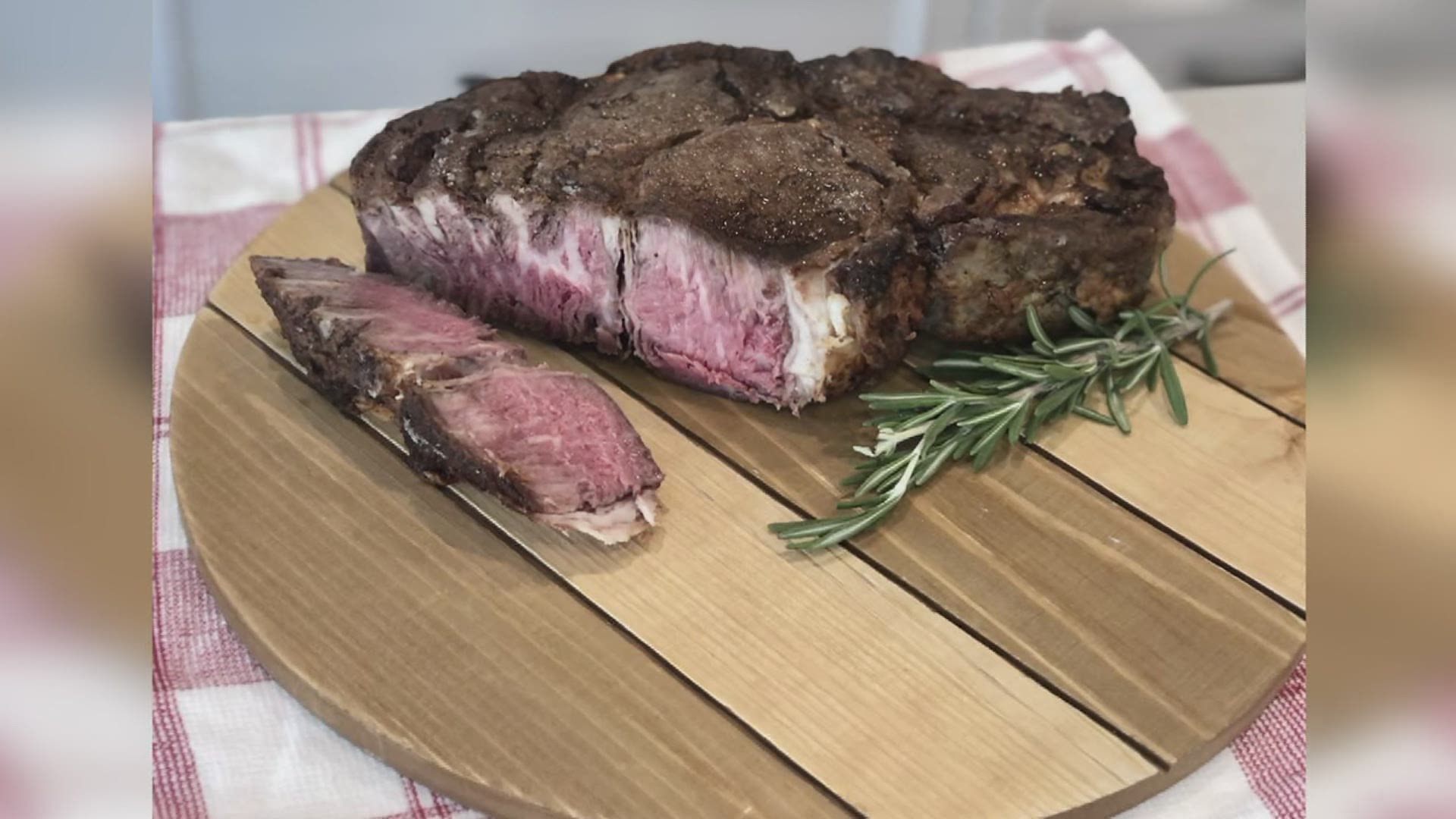 Scaling down your holiday menu (without scaling down the flavor) is as easy as talking to your local Fareway Meat Expert. Since some of the smaller options may be new to you, you might need some inspiration. A few perks to the smaller options? More oven space, more time and more money in your pocket.

Did you know “Prime Rib” is not a specific cut of beef? It actually refers to a preparation method for a beef ribeye roast, which can be bone-in or boneless. Typically, boneless ribeye roasts are served for large gatherings (usually weighing in above five pounds), but you can serve a smaller crowd the quality beef with a bone-in ribeye steak.

Salt and pepper, to taste

Preheat oven to 415°F. Remove steak from the fridge 30 minutes before cooking. Season both sides with salt and pepper. Heat olive oil in a cast iron skillet over high heat. Place the ribeye in skillet and sear undisturbed for 2 minutes. Flip the ribeye and sear for an additional 2 minutes. Add rosemary and then transfer skillet directly to the oven. Bake for 5–6 minutes for medium rare (145°F internal temperature) or 6–7 minutes for medium doneness (160°F). Remove steak from oven and let rest for 5 minutes before slicing. Serve with blue cheese.

Offering the best of both worlds, the Fareway whole young turkey roasts contain white and dark meat in a smaller, easy-to-cook boneless roast. Tip: account for thawing time, which can take anywhere from 1–4 hours in cold water or up to 2 days in the refrigerator.

Fareway boneless hams come in whole, halves, quarters or ham steaks, so there really is a ham for every occasion. Try glazing your ham with our Maple Mustard Glaze. This recipe makes enough glaze for one whole 5-pound ham, but it can easily be scaled down for smaller cuts.

Attention anyone looking to wow a significant other: Rumor has it that a simple, lemon roasted chicken can put a ring on your finger pronto, making it a perfect entrée this holiday season.

Preheat oven to 400°F. Pat chicken dry. Season inside and outside with lemon juice, salt and pepper. Place breast side down in a roasting pan fitted with a roasting rack (if you don’t have a roasting rack, you can make a ring with aluminum foil and place under the chicken in a large baking dish). Pierce whole lemons three times with a fork and place inside the chicken cavity (it’s OK if one sticks out). Tie chicken legs together using kitchen twine. Reduce oven temperature to 350°F and roast for 15 minutes. Carefully remove chicken from roasting pan and turn chicken breast-side up. Return chicken to oven and cook until the internal temperature reaches 165°F, about 1 hour to 1 hour 15 minutes. Let chicken rest 15 minutes before carving. Serve with juices from the pan.