Special thanks to Sports Physician Amy Nanthan from the Great River Health System, who sponsored our pep rally. She was so energetic and introduced herself to the school and the public early Friday morning. 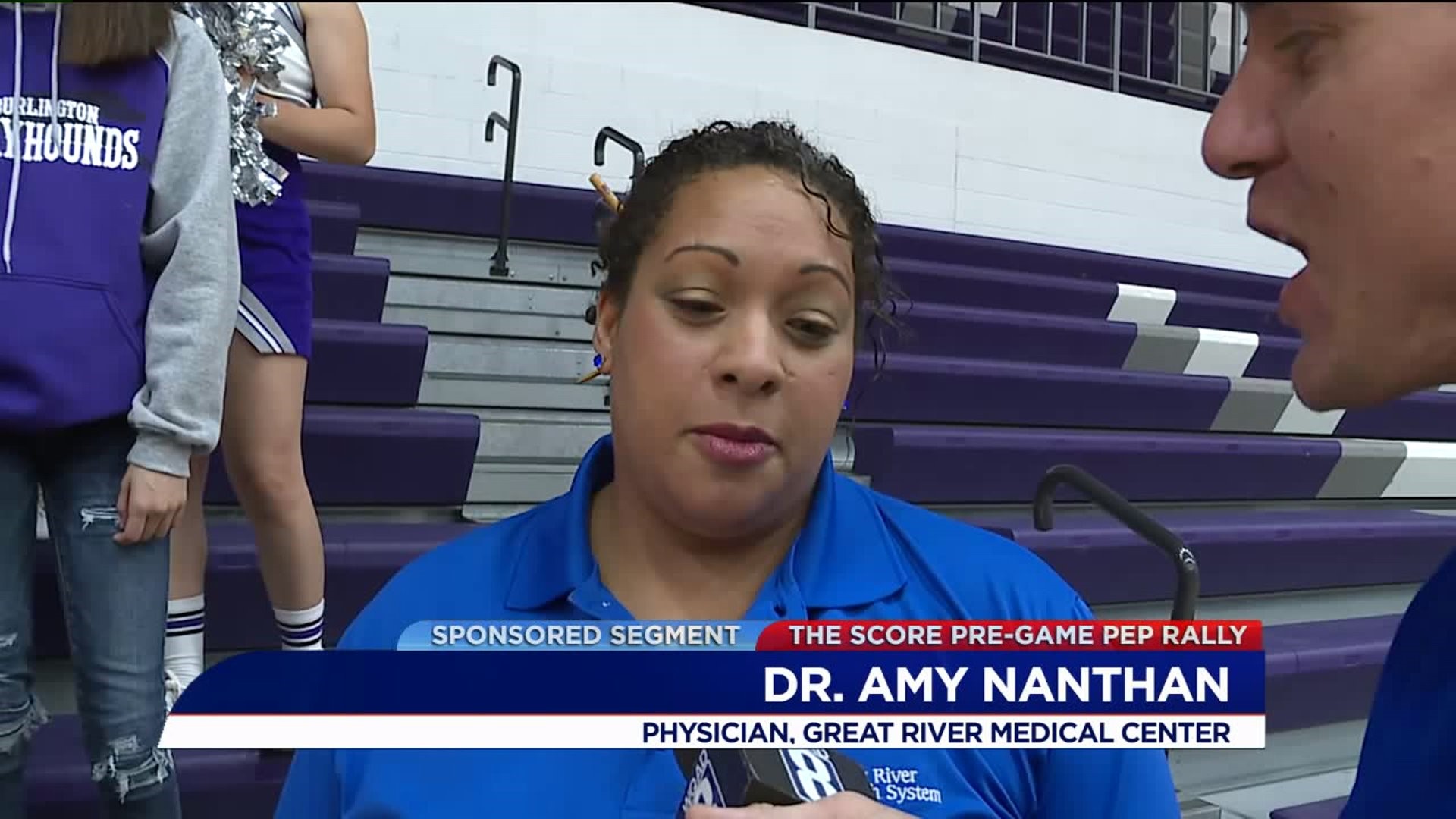 We learned Nanthan is acrobatic as well. Check out the handstand she did later in the show, before she handed out $5 Target gift cards to the students. 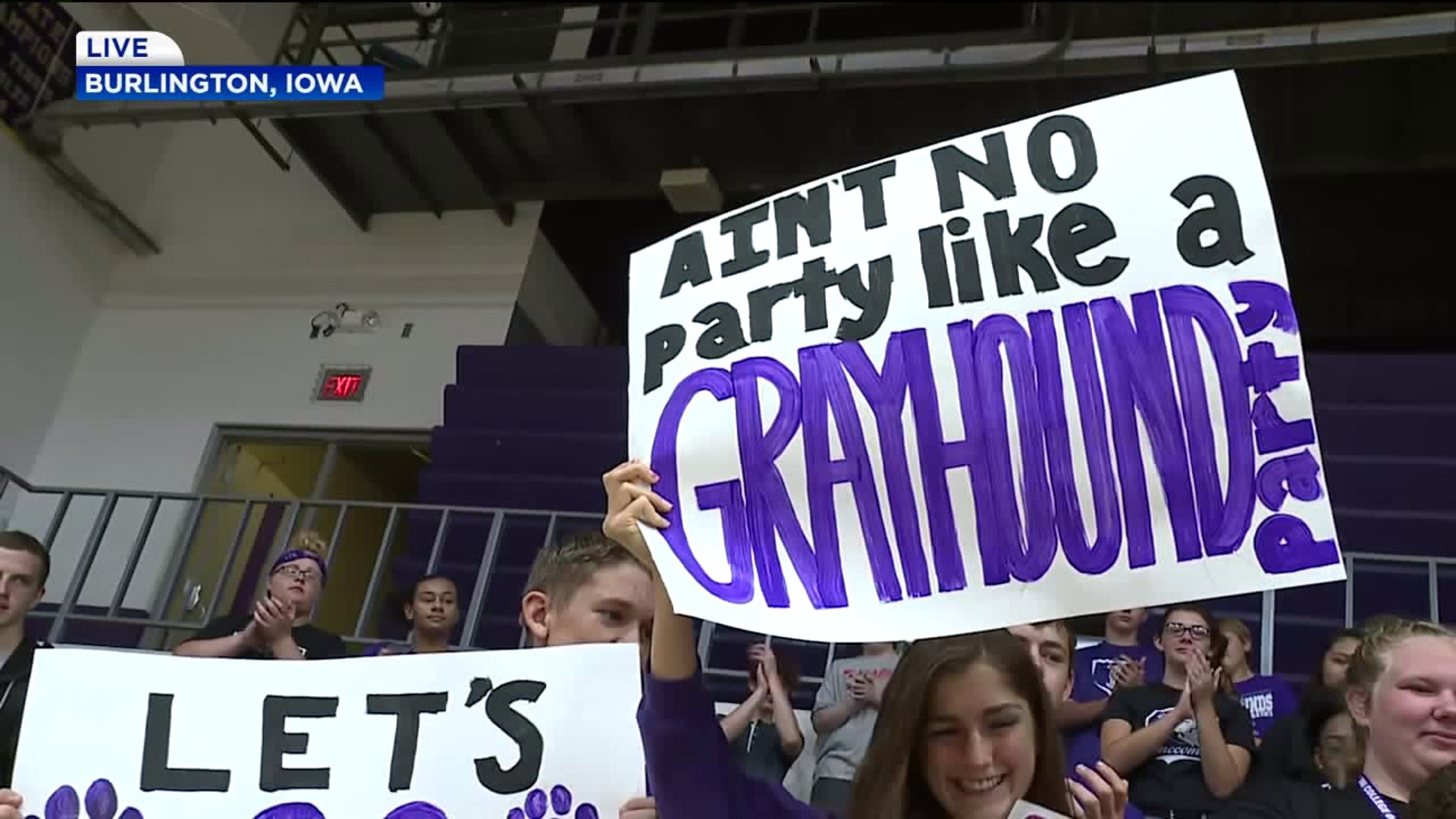 The band, lead by director Derrick Murphy started off our 6 a.m. hour with the school fight song. 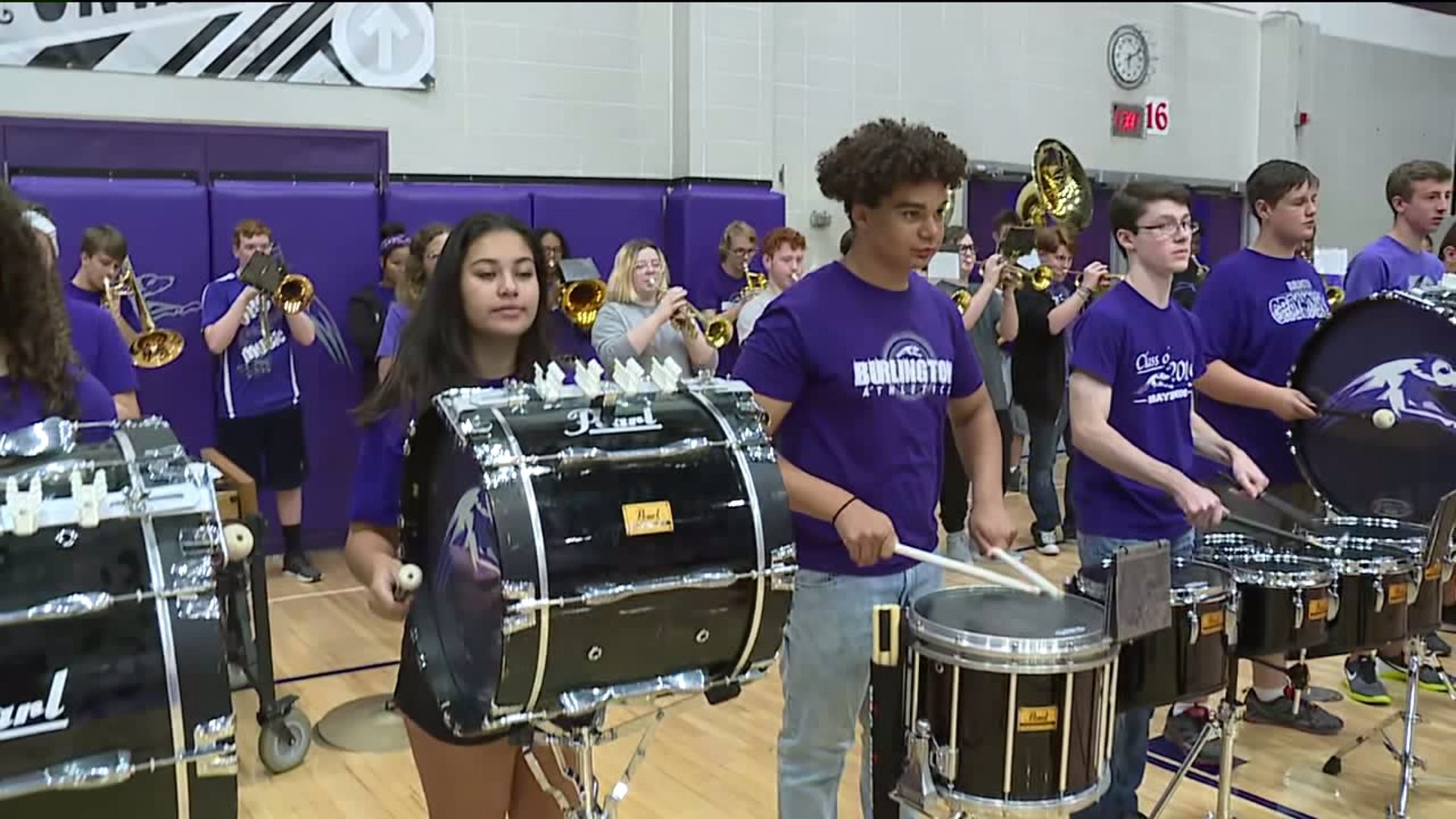 They also wrapped up the show with a song from the 1960's. Plus check out the student later on who decided to stand on his friends' hands. 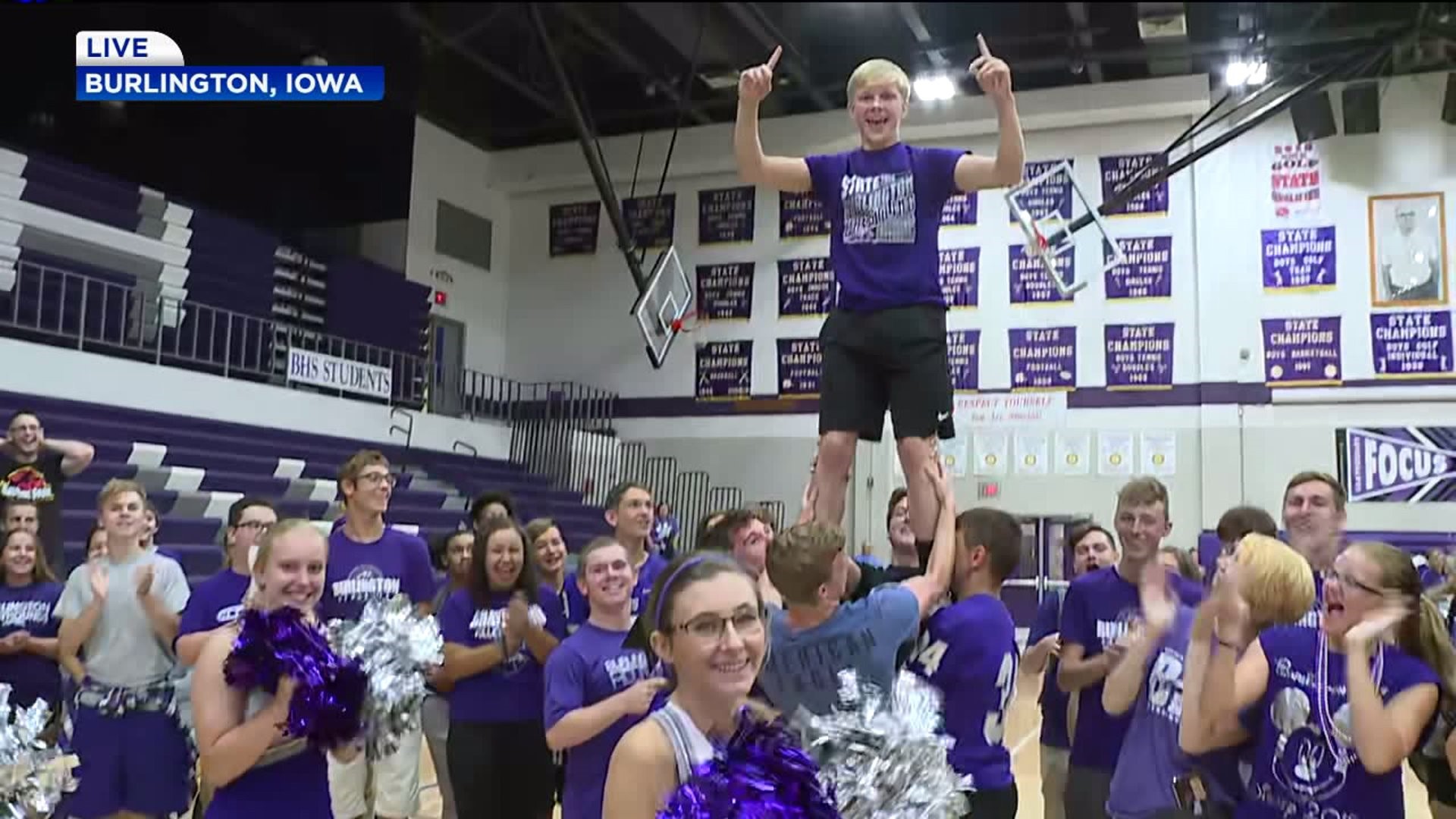 The cheerleaders were at the school at 5 a.m. to get ready for the morning. Coach Cherie Reid talked to us Friday morning while the cheerleaders performed solely. 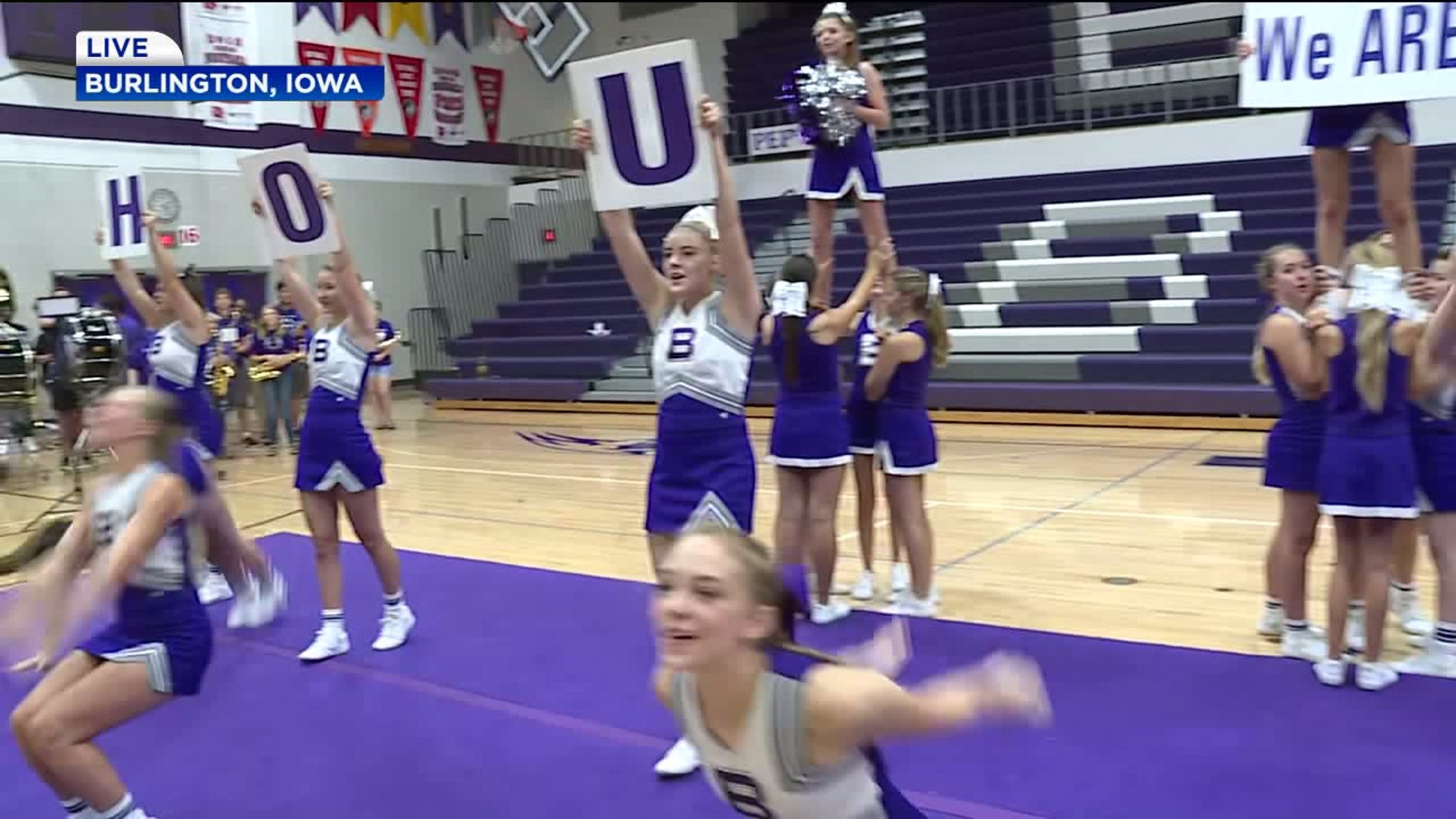 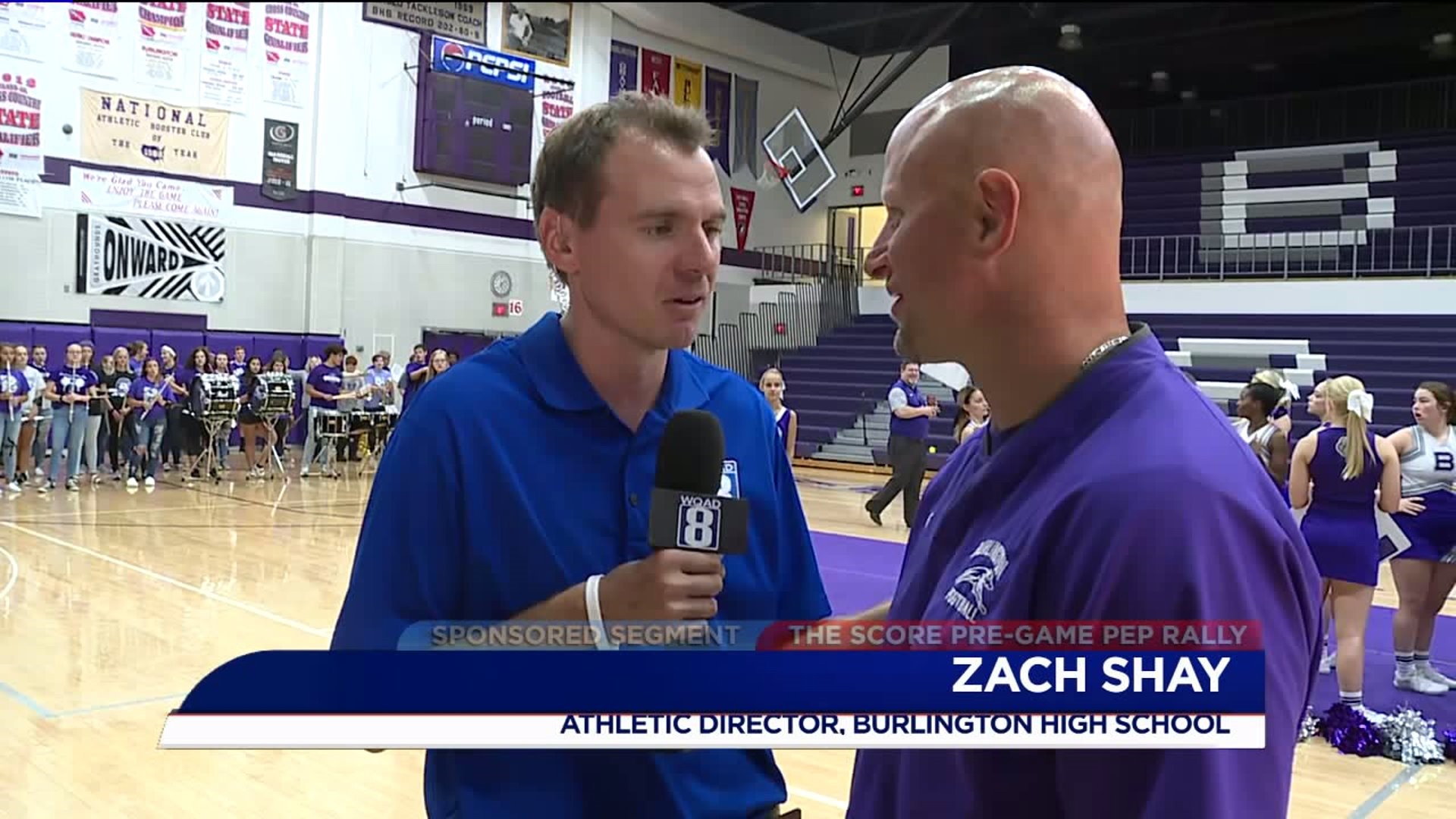 Thanks so much to Burlington High School for coming out Friday morning. The kids were messing with me by the end of the morning because I kept telling them, 'Standby! Standby!' They all know the 'broadcast lingo' now that they've been a part of the newscast. I bet you'd we come back if you asked us to in 2019!