Ever seen a bomb diffusing robot? Watch this video 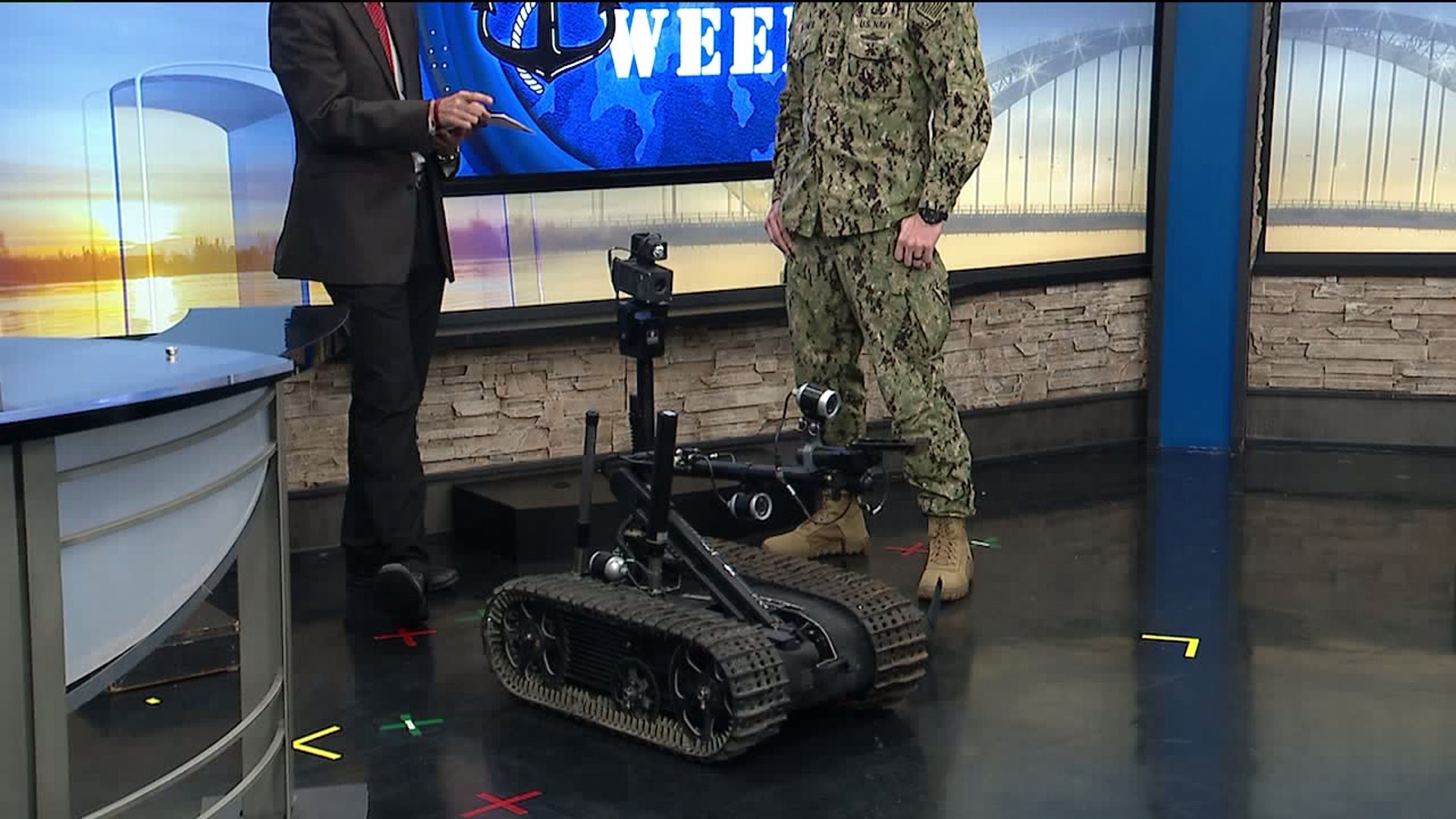 Brecunier will bring bomb suits, dive gear and a STEM based curriculum to several locations throughout the Quad Cities from Monday to Sunday. Navy Week leaders say this week's a great chance for kids and families to see robotics being used in jobs within the Navy.

For more on some of the events surrounding Navy Week, click here.