Jon had a very simple cocktail he knew Eric would love...along with some food, on his final day at WQAD News 8.

MOLINE, Ill. — Eric Sorensen's lived in Illinois nearly his entire life, but other than the Land of Lincoln, I'm pretty sure his favorite state's Wisconsin.

Because of that, I thought we'd get him some Spotted Cow Beer from New Glarus Brewing. Watch that clip here: 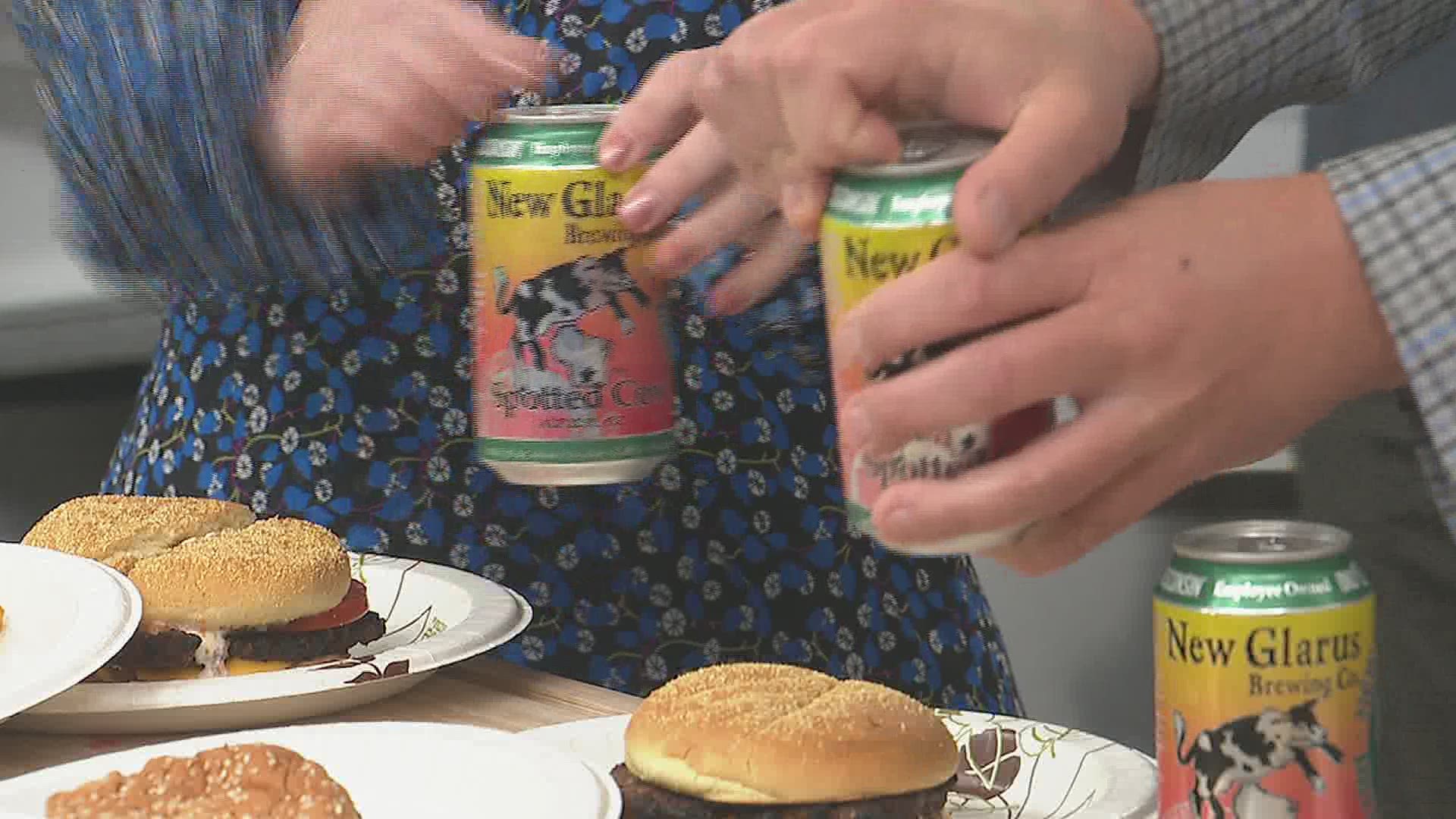 He also had an interesting idea: he wanted to try cheeseburgers from what we believe are the three best *national burger chains in the Quad Cities... Portillo's, Culver's, and now that they're open here, Five Guys. Could we name which burger was which without seeing their boxes? Find out below. Btw, special shoutout to Morgan Strackbein and Andrew Stutzke, who went and grabbed the burgers from each of the three restaurants. 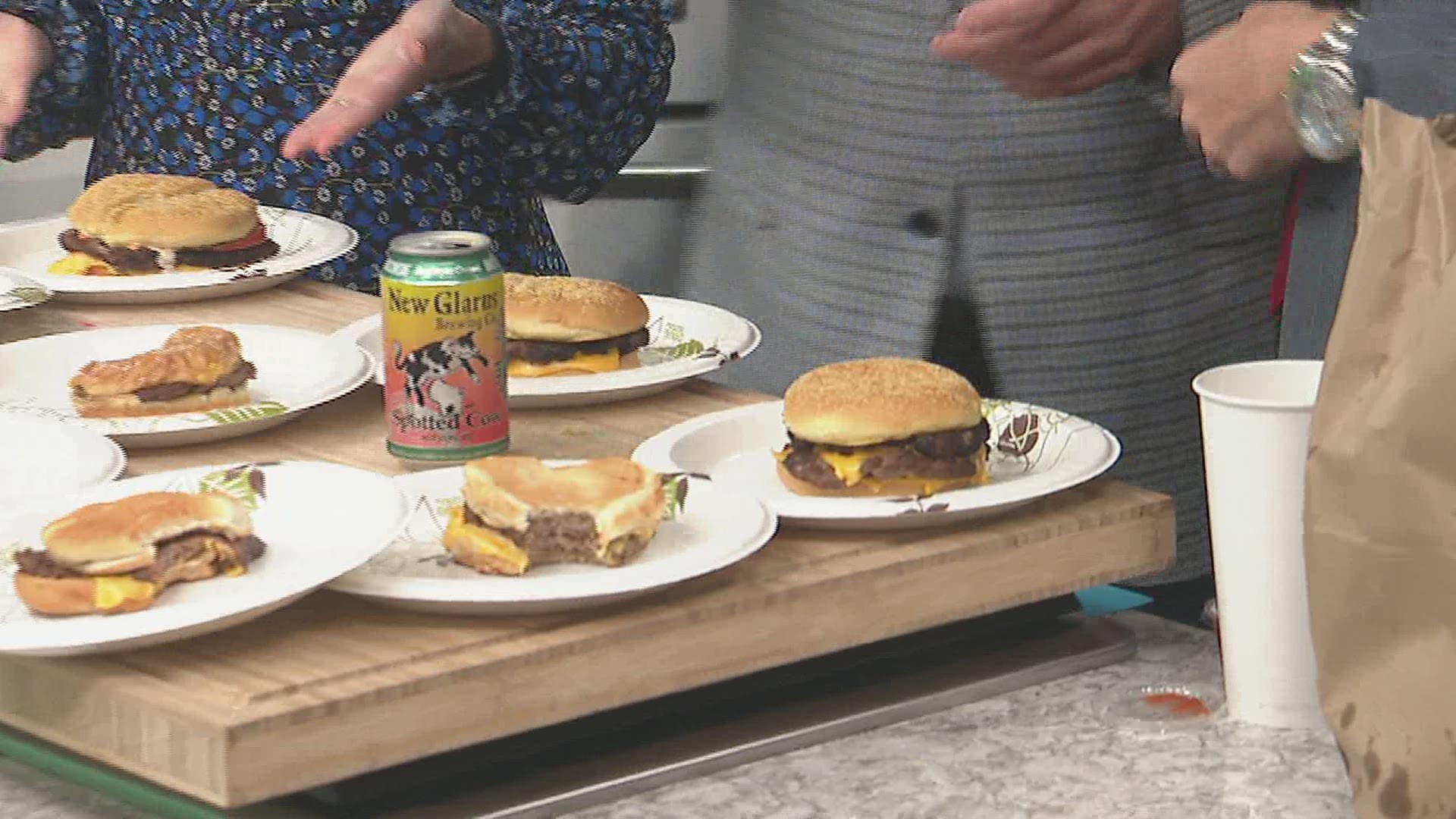