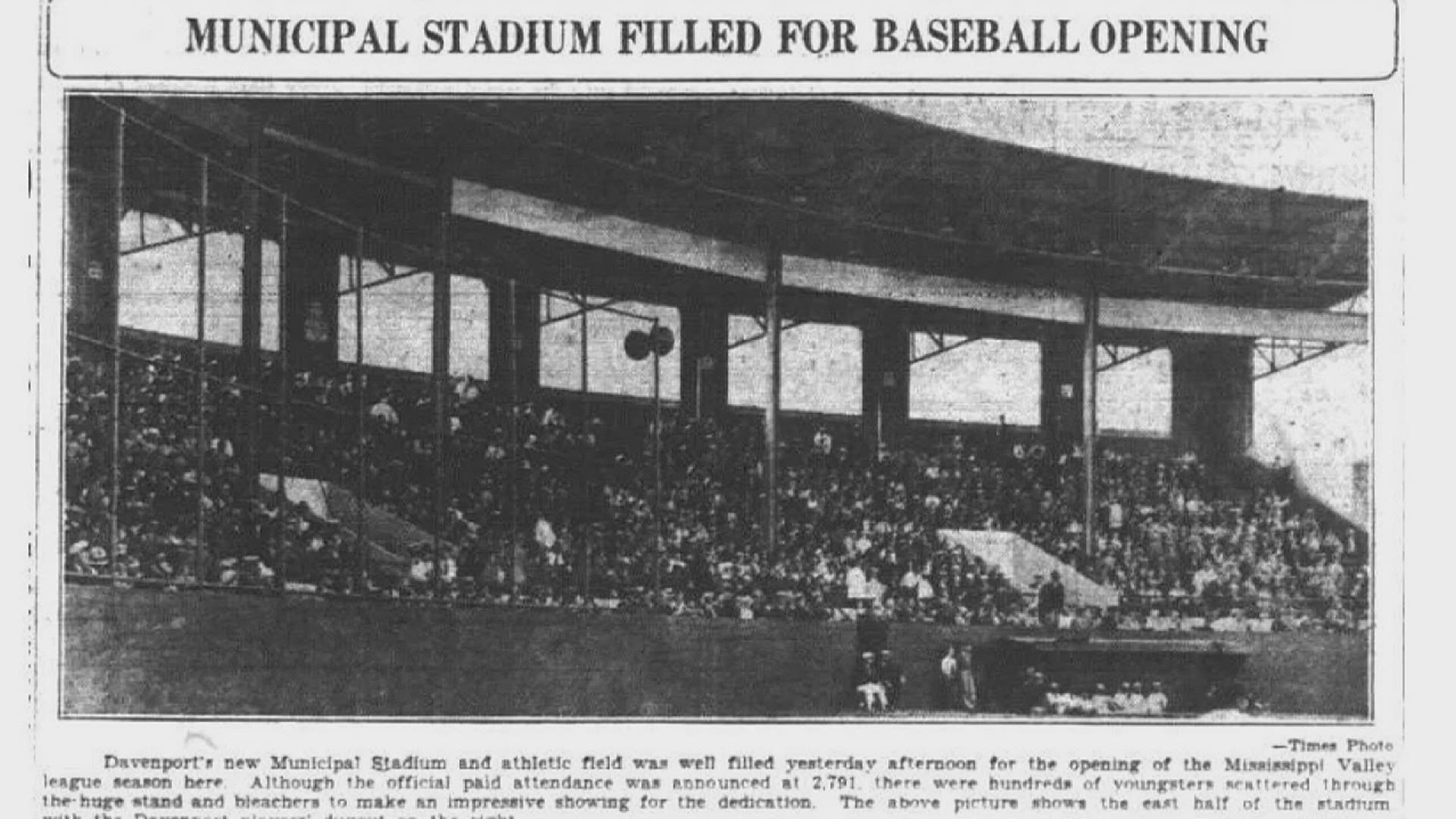 The ballpark has been on the Mighty Mississippi for 90 years - since 1931.

However, it's not the only place we've played baseball in the Quad Cities.

Baseball has been popular in our area since the mid-1800s.

They ran the bases all over the city. In 1909, it was at the corner of Telegraph Road and Clark Street because it was at the end of the Third Street Trolley Line - easy for fans to get to.

In 1929, it was at the Mississippi Valley Fairgrounds. Games were actually played on the infield of the racetrack.

In 1930, the Davenport Levee Commission proposed a new, big brick stadium with lights along the riverfront. It was built entirely by local laborers - happy to have work during the Great Depression.

Over four decades, baseball came and went with the war. Then, on Municipal Stadium's 40th birthday - in 1971 - another name was chosen for it: John O'Donnell in honor of the longtime sports editor of the Quad City Times.

Fast forward to 2003 - a $14 million renovation project replaced the bleachers and added a berm to protect the field whenever the rise rose.

Then, in 2007, JOD went by a different name - what we know today as Modern Woodmen Park

After that, you could say the rest is history. The team changed its name one last time - to the Quad Cities River Bandits.

A special thank you to the Richardson-Sloane Special Collections Center of the Davenport Public Library for their help with this story.