9/11 event and memorial: How you can support the LeClaire Firefighters Association

The Assistant Chief for the City of LeClaire's Fire Department joined us live Tuesday, September 7th to talk about how you can support the group's mission. 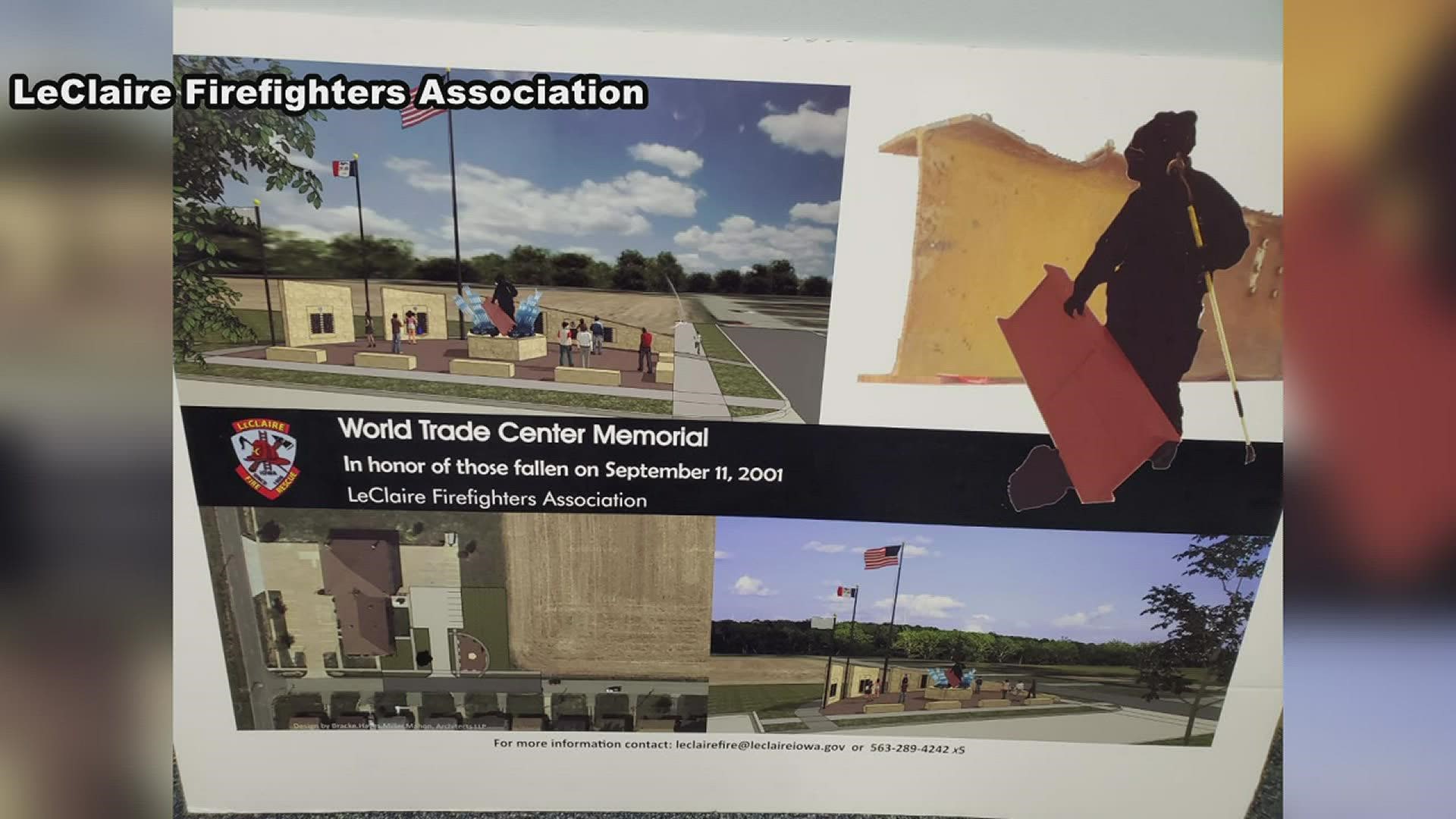 LE CLAIRE, Iowa — The LeClaire Firefighter's Association is asking for the community's help to build a 9/11 Memorial dedicated to the first responders who lost their lives trying to save people from the World Trade Center.

The association applied for and received a section of beam from the World Trade Center towers back in 2006 from the NY/NJ Port Authority.

Five years later, it was on display in the fire station's museum, but they've been planning an outdoor memorial where the beam can be on permanent display since. The site of the 9/11 Memorial is at 15th Street and Jones, right outside the station.

Assistant Chief for the City of LeClaire Fire Department Neil Vining joined us live during GMQC at 11 Tuesday, September 7th to talk about an event Saturday, September 11th at 5 pm following a parade of fire engines throughout Scott County.

"A lot of man hours, a lot of planning, a lot of hard work, and Saturday's the day we're going to have the memorial finalized and have a dedication ceremony for that on the 20th anniversary," he said Tuesday.

In August of this year, we told you the memorial is supposed to be done by Saturday - That will happen, but more money still needs to be raised. You can learn more about the project and donate by clicking here.