We spoke with attorney, author and analyst Michelle Bernard about the next steps following the guilty verdict. 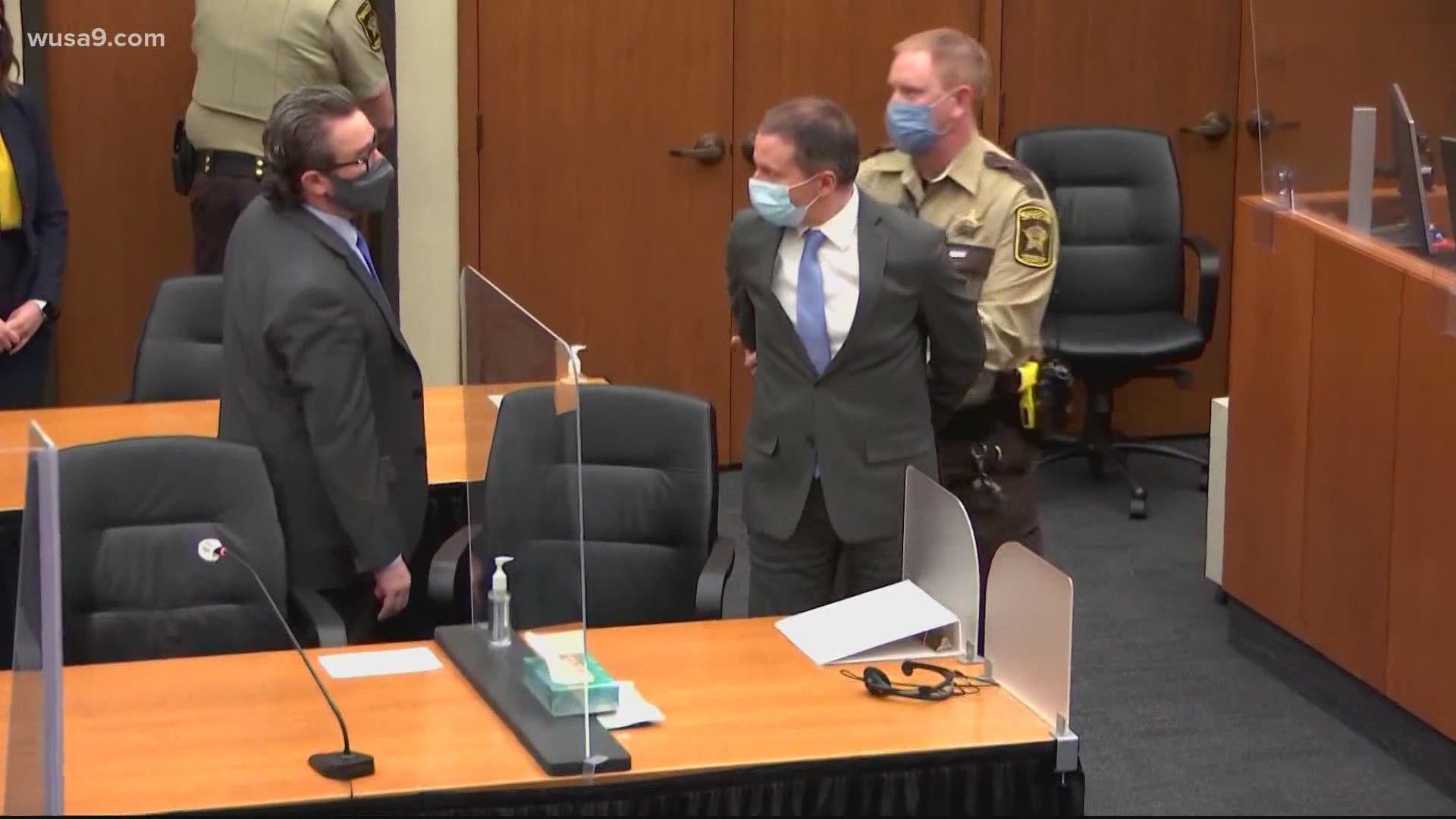 WASHINGTON — A jury found former Minneapolis police officer Derek Chauvin guilty of all charges Tuesday in the May 25, 2020 death of George Floyd. The jurors deliberated for less than 12 hours before Chauvin was convicted of second-degree murder, third-degree murder and second-degree manslaughter.

The events of the trial, and everything that led up to it, will go down in history.

Floyd's death was a catalyst in the Black Lives Matter movement. To get some context on the trial's historical significance, we spoke with attorney, political analyst, author, and President and CEO of the Bernard Center for Women, Politics and Policy, Michelle Bernard.

"Federal prosecutors will tell you quite often that the longer the jury is deliberating, the less promising the verdict is going to be for the prosecution," Bernard said.

Bernard called the Chauvin verdict a starting point, but questions still remain for cases like this one in the future.

"The bottom line is what is going to happen in the future? Are people going to have the type of evidence that we saw in this murder trial in order to convict when police officers wrongly take the lives of Black boys and Black men," Bernard said. "Yesterday was a starting point and a historical and significant starting point."

Several police officers, including the Minneapolis Chief of Police, testified against Chauvin during the trial. It was something Bernard said she was surprised by.

"That, I did not expect at all," Bernard said. "I think it was important for the nation to see that there are police officers who truly believe that Black lives absolutely matter."

Sentencing in the case will not be decided for several weeks, but Bernard believes Chauvin will serve significant time behind bars once sentencing is decided.

"I think it is highly that Derek Chauvin is going to see the light of day before he is a very, very old man," Bernard said.

RELATED: After Chauvin verdict: 'There is still a lot of work to be done' | Hear Me Out

RELATED: VERIFY: What's next for sentencing of Derek Chauvin, and what the maximum penalty could be

WUSA9 is now on Roku and Amazon Fire TVs. Download the apps today for live newscasts and video on demand.

Download the WUSA9 app to get breaking news, weather and important stories at your fingertips.