'It's a happy ending': Porcupine reunited with mate after Eastern Washington wildfire rescue

Porky's rescue mission stole the hearts of viewers all across the country. 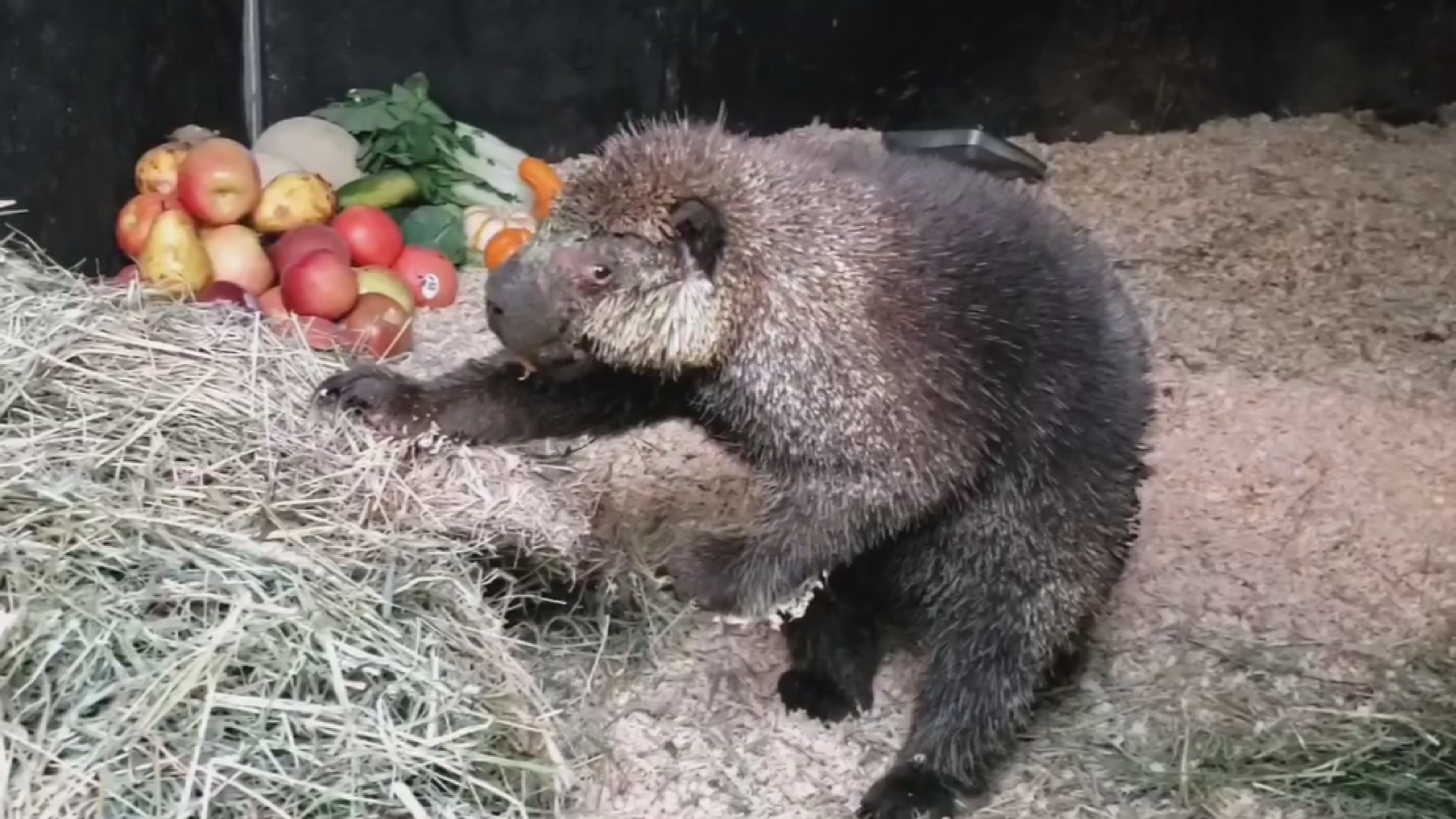 MANSFIELD, Wash. — In the aftermath of the Labor Day wildfires in eastern Washington, a Mansfield woman saw an injured porcupine with burns on its face.

She took in the porcupine, now named Porky, and helped get her on the road to recovery.

That was a month ago. Since then, KREM 2 viewers frequently ask about Porky - and finally, there's a long-awaited update on our prickly friend's health.

Porky has officially left the nest, or rather, the barn.

"She's supposed to be wild," said Riley Wisdom, who helped nurse Porky back to health. "When I let her go, she just took off, didn't even look back. She was just gone immediately."

When Riley first rescued Porky, she was weak, had no quills and could barely see. Once she started to treat her and feed her, the porcupine started to act nicer and enjoyed being around Wisdom.

"After going through all of her wounds, they were all healed," Wisdom said. "She was making great progress."

After weeks of nursing the rodent back to health, Porky started to feel like herself again.

"She just kind of started acting like oh, leave me alone, I don't need you anymore," Wisdom said. "And then really, especially towards the end, she just really wanted nothing to do with me anymore."

Once her quills started growing back, she would raise them at Wisdom and other caretakers. She would also flop around whenever anyone tried to pick her up to give her medicine.

"I'm glad that she acted that way because it shows that I didn't humanize her," Wisdom said about her treatment by Porky. "I'm really glad because I didn't want her to think that humans are friends, because not all humans are friends."

She never intended on having Porky stay with her, and completely understood why the porcupine was hostile.

It was not just Porky’s agitation that prevented Wisdom from keeping her as a pet. She does not currently have a permit to care for wild animals, so the Department of Fish and Wildlife helped decide it was time to let the porcupine go.

They were grateful for her care but not as thankful as somebody else.

"He immediately turned around in the tree and started smelling to the tree that she was sitting in," Wisdom said. "He knew that she was there,"

Mr. Porky greeted his mate excitedly, and soon the rest of her friends gathered around too.

"She started teeth chattering and then he really got riled up about that," Wisdom added. "They were reunited and it was very happy."

This journey has been a long one. Wisdom first posted about the rescued porcupine to give people hope in the aftermath of devastating wildfires in Eastern Washington, and she says doors have opened for her. She has applied to vet schools and rehabilitation rescues have even reached out asking her to volunteer with them.

"I'm really looking forward to doing that on top of going to vet school so we can really help the animals, you know, " Wisdom said. "And hopefully, I can do it legally, next time."

Wisdom has applied to programs around the country, but her heart is set on staying close to home.

"I really want to go to WSU, I just love it," Wisdom said. "Also, I want to stay local, that way I can still do the wildlife rehabilitation while I'm in school."

"Hopefully, they see this and maybe will let me in," Wisdom said with a laugh.

Wisdom hopes her story will teach people to have more compassion.

"It's a little bittersweet because I was attached to her," Wisdom sighed. "But it's a happy ending."