Veterans with the American Legion post in St. Maries recently learned that a family member tied to one of five World War II flags had been found in Japan. 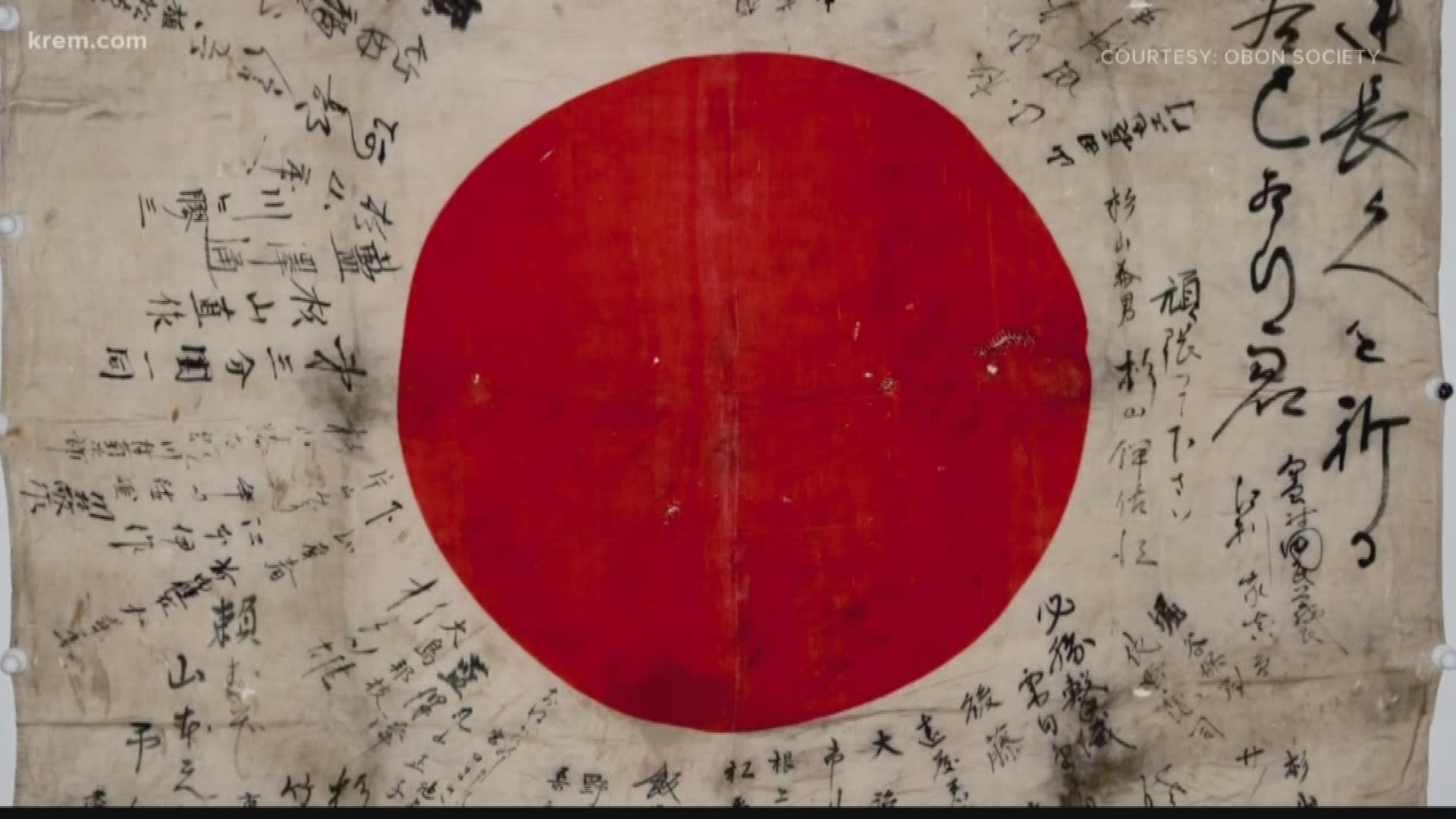 ST MARIES, Idaho — A story nearly 75 years in the making is one step closer to coming to an end.

In January, members of the American Legion post in St. Maries, Idaho, shared a project that had become very important to them.

The legion had been gifted these five Japanese flags from World War II that are believed to have belonged to fallen Japanese soldiers.

The good-luck flags were often signed by family members and then carried by soldiers into war.

The flags were brought back to the U.S. by an American soldier and eventually inherited by the soldier's daughter-in-law in North Idaho. She then gifted the flags to the American legion post, whose members then got to work.

Jim Shubert, the post's commander in St. Maries, and his fellow veterans sought to return the flags to Japan and the descendants of the fallen Japanese soldiers.

In early April, Shubert learned that a family member tied to one of the flags had been located in Japan.

"I was elated. I was really surprised that it was just a short period of time," Shubert said.

Oregon non-profit the Obon Society, which specializes in returning these flags and other Japanese war items soldiers' families, played a big part in the project.

The Obon Society says they were able to identify the late soldier's name on this flag and where he was from by using a team of archivists, scholars, and other local groups in Japan.

The flag, which spent years in storage in Idaho, will now finally be shipped to the soldier's eldest son in Japan.

Shubert says it's almost similar to the remains of US soldiers missing in action being sent home.

"And that's the way I would feel about the flags returning back to Japan. Because those are their MIAs," he added.

Shubert and others hoped to travel to Japan to return the flags in person, but the coronavirus pandemic isn't allowing for that now. Still, Shubert is happy to see the flag going home.

Shubert himself used to be stationed at a base in Japan not far from where the soldier who owned this flag lost his life.

"I've been familiar with those waters. I've been through that area a number of times on my ship," he said.

The Obon Society and their partners are continuing their efforts to find the relatives of the four remaining flags from St. Maries.

RELATED: Top 8 heartwarming, inspiring stories from the Inland Northwest so far in 2020