Cedar Point, which is celebrating its 150th anniversary season in 2020, is currently closed due to coronavirus concerns. 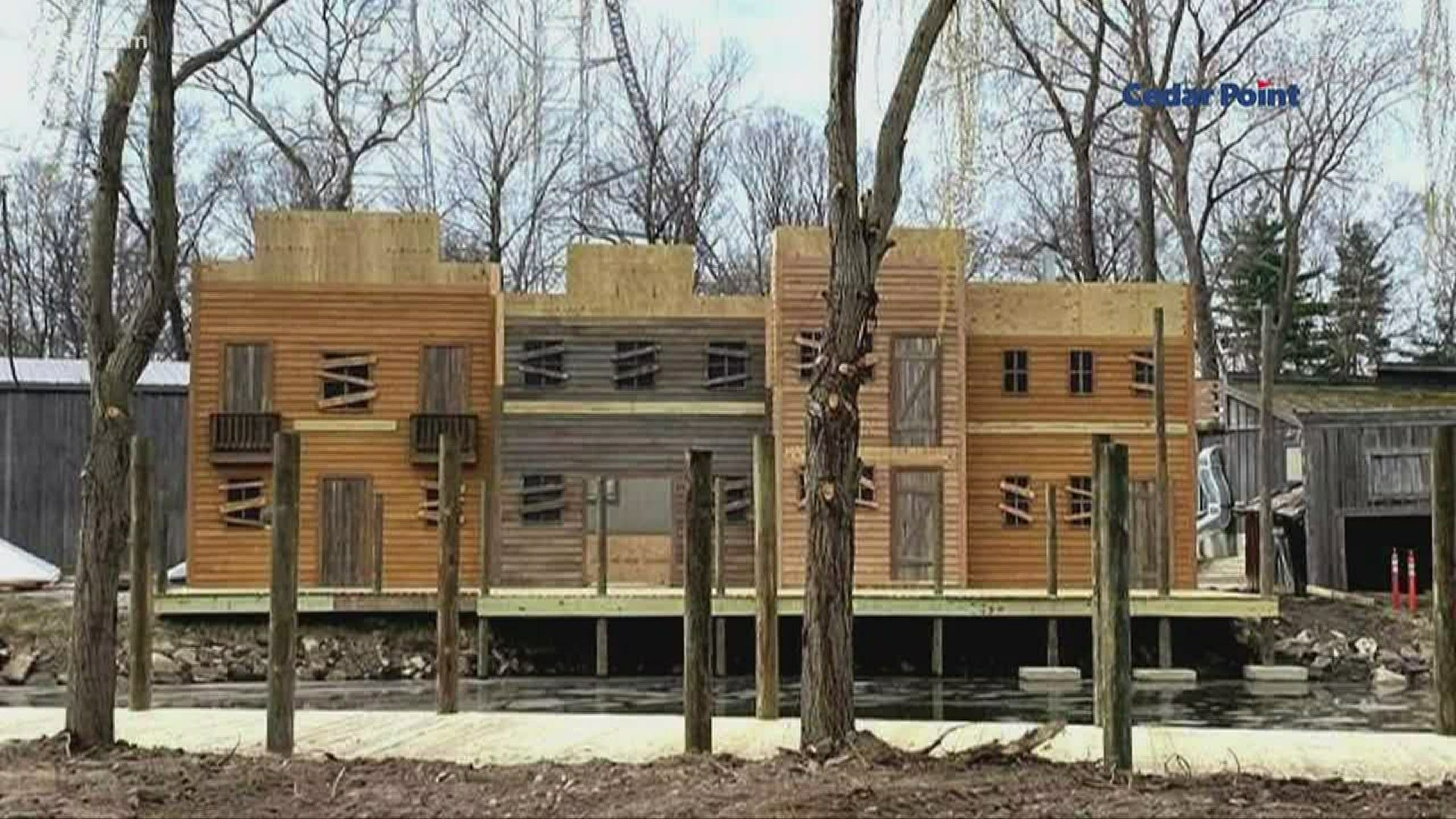 SANDUSKY, Ohio — Although it remains uncertain when Cedar Point will be able to open its gates, the park is still preparing for the upcoming season by sharing a tease of its new ride for 2020: Snake River Expedition.

Park officials have posted a picture of the new boat ride on Facebook.

“Work continues on one of the new scenes of our new Snake River Expedition ride,” Cedar Point posted (see below). “We’re excited to share this experience with you as soon as we can!”

This new boat attraction is a family friendly experience, featuring live actors mixed in with animatronics throughout a variety of scenes.

“The guests are actually involved in the action of the ride,” park officials announced last December. “There’s a story. The interaction begins before you even get on the ride and it continues throughout the ride. There’s different characters – they might be smugglers – you never know. As you’re traveling through this expedition, they interact with you throughout.”

Here’s how the ride’s theme is described: "The most successful trapper this side and that side of the Snake River needs your help! Trapper Dan’s ready to trade some of his goods and sundries – and you’ll join his band of bandits to carry out the somewhat risky mission. Climb aboard one of Trapper Dan’s Snake River shippers and haul that precious cargo along the winding, murky river. But make sure you keep your eyes peeled, binoculars focused and your guard way up – you’re sure to encounter a few bad guys that have their snake eyes on what you’re smugglin’ in that ship! Will you make it safely? Or will you fall victim to a hastily-planned takeover? There’s only one way to find out. Get your shipmates together, climb aboard and get ready for a new family adventure!”

Guests must be at least 46” tall to ride alone. Anybody less than 46” tall must sit in the center of the bench.

This new addition is a way for Cedar Point to honor its past while celebrating the park’s 150th anniversary season.

“We wanted a ride experience that wasn’t just a recreation of rides that have been in the lagoon in the past,” said Jason McClure, Vice President and General Manager of Cedar Point. “We wanted to add to the story that we’ve been telling in the last couple years, the story last year at Forbidden Frontier. If you participate in Forbidden Frontier during the day and ride the ride you may catch some things that feed back and forth between the two. You can certainly enjoy them individually as well, but I think it’s fun for us to kind of engage our guests in a higher level of storytelling and immersiveness in a way we haven’t done in a long time at Cedar Point.”

The storytelling will also change throughout the season, meaning your experience on the attraction might be different each time you climb aboard.

Cedar Point, which was initially scheduled to open for the 2020 season on May 9, remains closed indefinitely due to the coronavirus situation. For this reason, all 2020 season passes will also be valid through the 2021 season.