The world's first Super Nintendo World is opening at Universal Studios Japan in February. One is expected to open in Orlando in 2023! 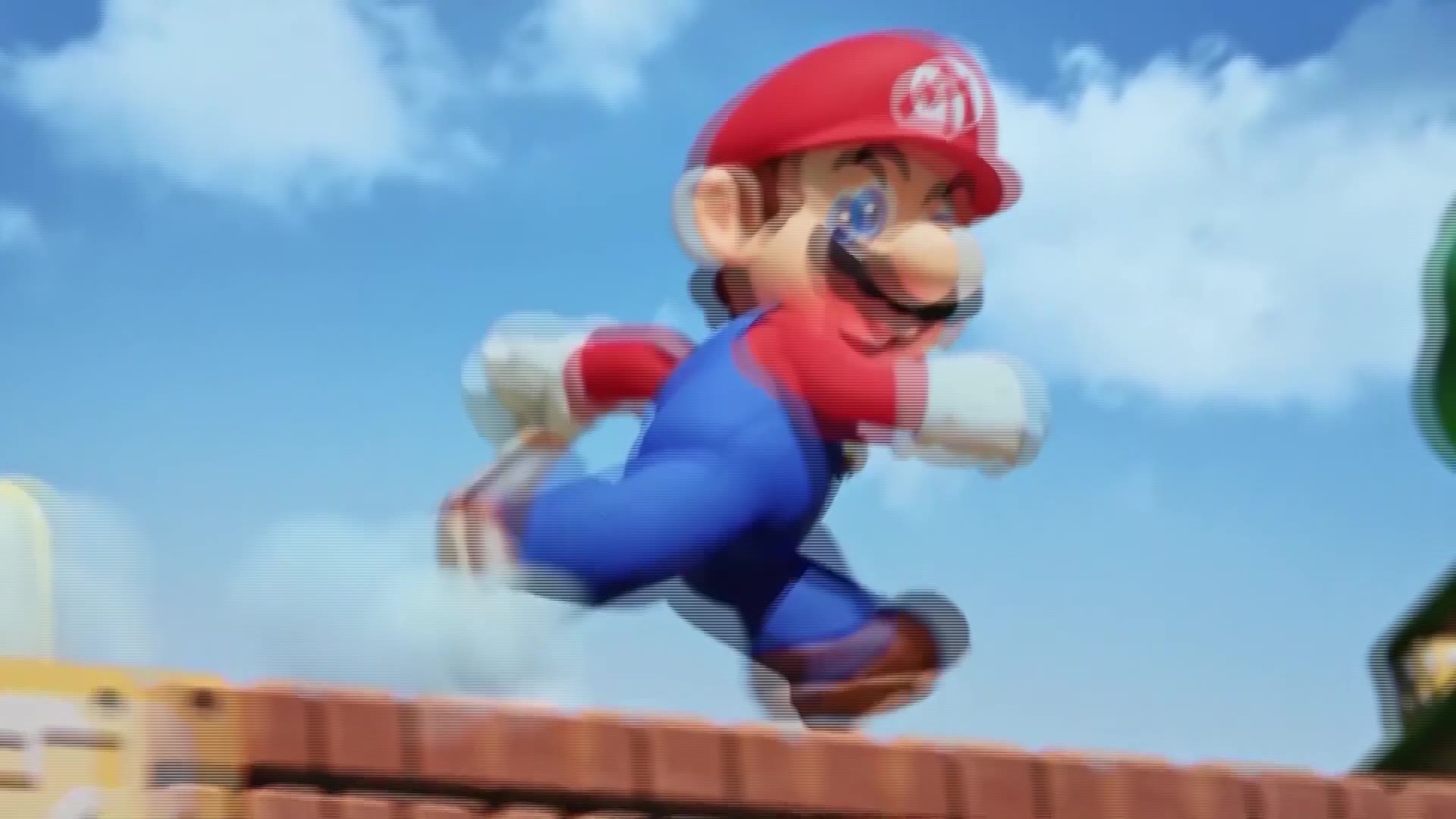 JACKSONVILLE, Fla — Universal Studios in Japan is leveling up next year with the world's first Super Nintendo World, which is set to open in February 2021.

This week, the theme park released stellar photos of the adventure that awaits.

Fans will be transported into the Mushroom Kingdom where they'll be immersed in attractions, restaurants and shops based on everyone's favorite plumber, Mario, and his many video game adventures.

The world will be interactive, so gamers can compete against the scores of others in the park, said Thomas Geraghty, the executive producer of Universal Creative.

Credit: Courtesy Universal Studio Japan
Super Nintendo World in Japan is set to open in February 2021 and will feature a number of Nintendo characters.

And what's Nintendo World without a little Mario Kart?

What appears similar to the Nintendo 64 version of the racetrack called "Bowser's Castle," drivers can cruise alongside Mario, Luigi, Peach, Toad, Yoshi and more inside the Koopa King's stone-walled lair where they'll see a large statue of the king himself.

The ride is called "Koopa's Challenge" and will require riders to wear a headset using advanced technology to race the course. And yes -- you'll be able to throw those red shells at your opponents, explained Geraghty.

Don't forget to brush up on your best Mario impression! You'll be able to say "wa-hoo" and jump to punch those famous "question mark" blocks for virtual coins, which you can store away by purchasing a Power-Up band that's connected to a smartphone app, Geraghty said.

Credit: Courtesy Universal Studio Japan
The different trophies that are seen in the Mario Kart series.

Super Nintendo World was supposed to open in Japan this summer, but it was delayed due to the COVID-19 pandemic.

Universal is also continuing its plans with bringing Super Nintendo World to its Orlando park, which they anticipate will open in 2023.

Watch the sneak peek trailer below:

Fun fact: Though Super Mario Bros. wasn't created until 1985, Mario's creator, Shigeru Miyamoto, created Mario while working on Donkey Kong (1981). In that arcade game, Mario was just an unnamed man at the time.