The Making of a Marine: Maintaining a musical tradition

Proof that the Marine Corps Band is more than patriotic marches. 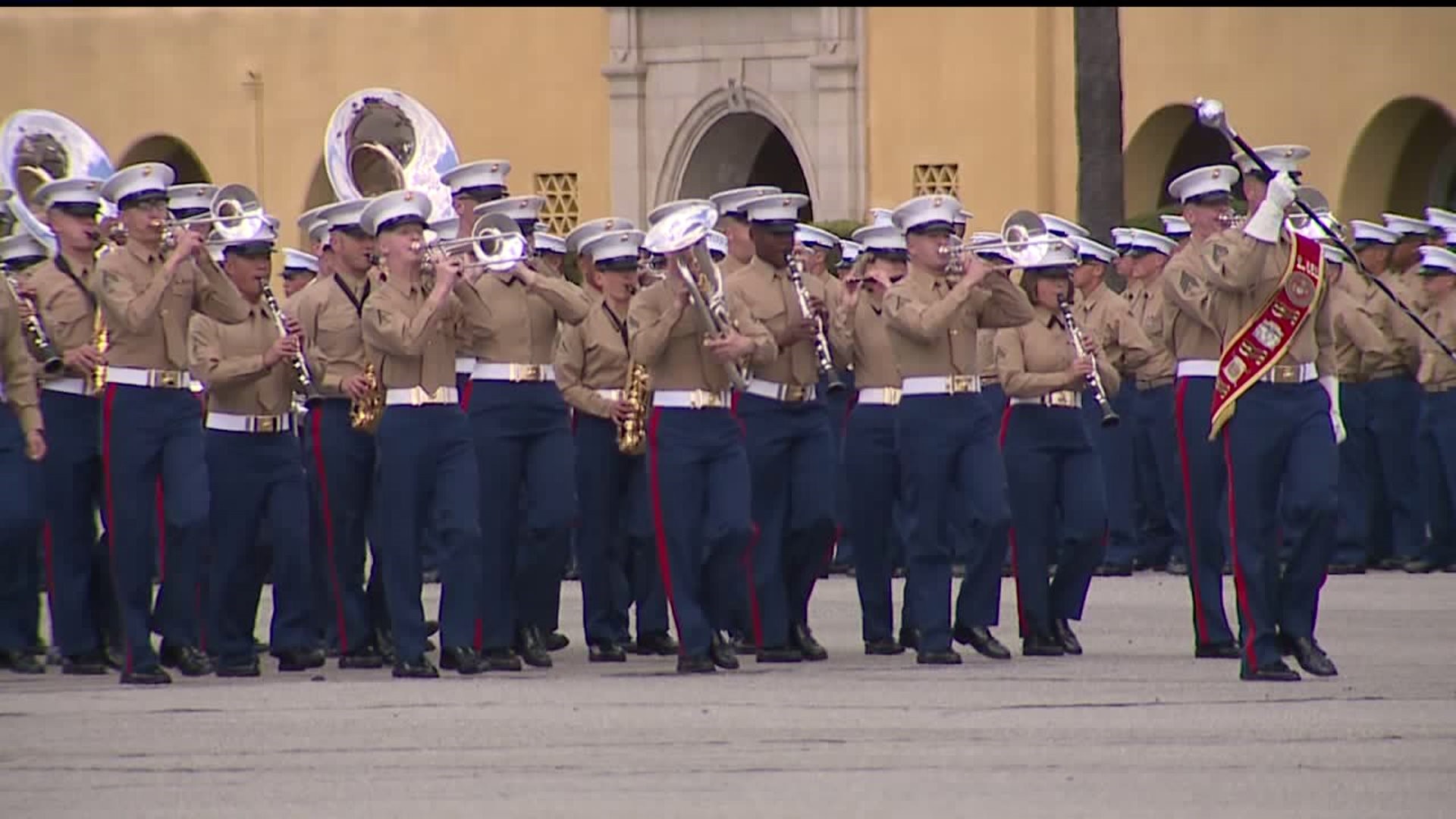 The Marine Corps Band commands attention. Their dress blues are crisp, their steps are sharp, and the horns are perfectly shined. Then there's the sound - the power that sets the tone at parades, presidential ceremonies and even funerals. That's what you've come to expect from a military band. But the Marine Corps Band is more than patriotic marches.

Take for example, Sound Strike. Two guitar players, a drummer and a keyboardist make up the group that is versatile enough to play rock, country and a little Top 40. During an afternoon lunch performance, the Marines play a crowd-pleasing version of "Uptown Funk" by Bruno Mars.

"We try to evolve to keep things relevant culturally," explained GySgt. Fritz Kern.  "A lot of what we do is community relations, showing the population that we are more than war-fighters."

GySgt. Kern is proud to be a professional musician serving his country at the same time.

"Where else will you be paid to shoot weapons, work out and play music?"

In fact all Marine Band members are a rare combination of fight and forte. The ten Marine Bands across the Corps need more than 100 new members every year. The right candidate is hard to find. GySgt. Kern didn't find one in his three years as a recruiter.

Only one in ten who auditions will pass. They have the same responsibilities as any other new recruit from the physical demands to the combat training, along with the musical talent.

Private Jonathan Mayanja is joining the Marine Band as a trumpet player. But he hasn't touched his instrument once during the entire time he's been in basic training. After graduation from boot camp, it will be another 6 months before he can officially join a band.

Facing these recruitment challenges, GySgt. Kern proposes a solution. He wants more middle schools to talk about the program. He says young musicians need more time to get up to Marine Band standards. Often band members are some of the oldest recruits, because they come to the Corps after earning Bachelor's and sometimes Master's degrees in musical performance.