Four voices and four talents who come together as “Minus Six” have been playing together in the Quad Cities for nearly 15 years. 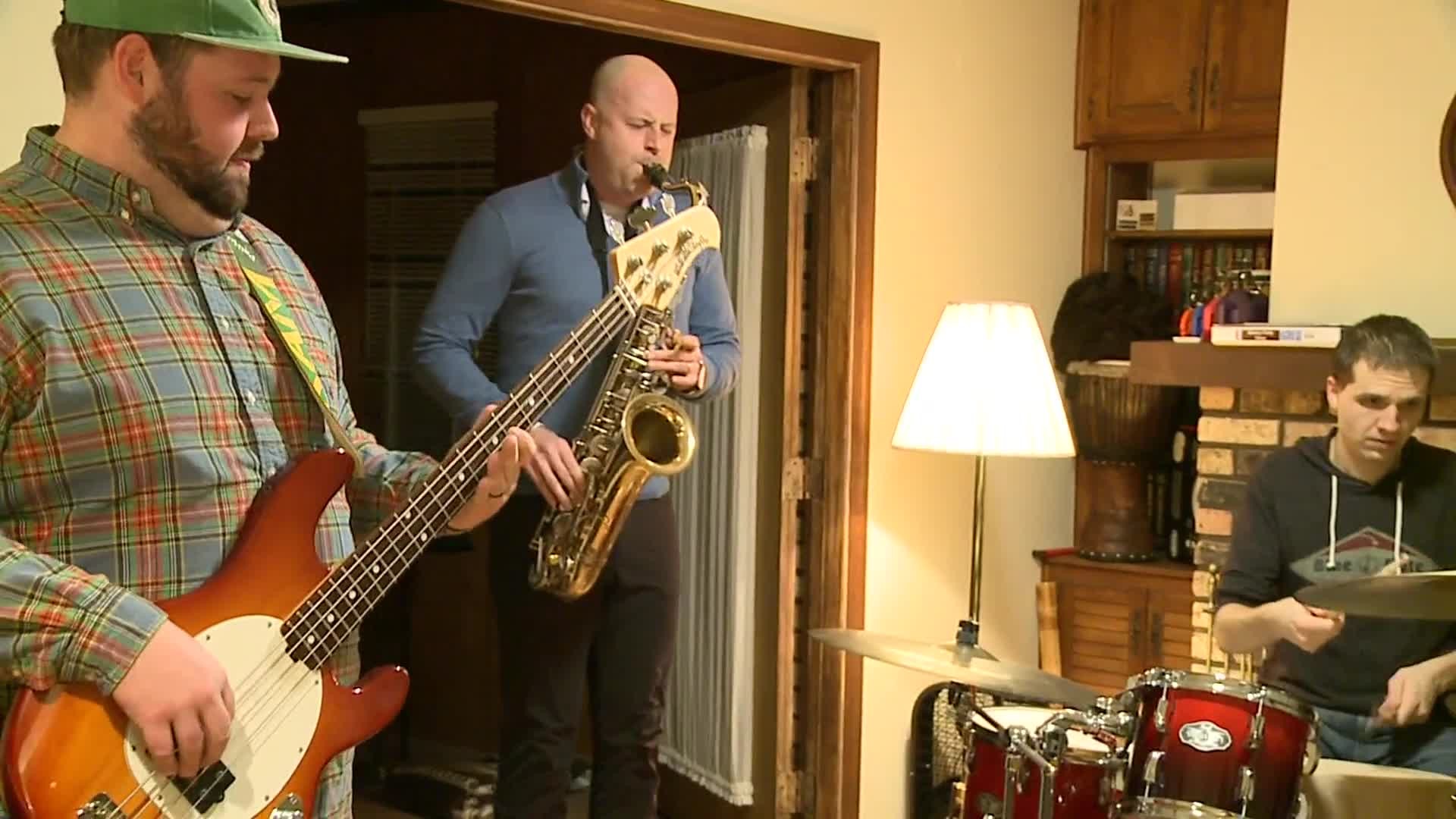 MOLINE, Illinois -- Four voices and four talents who come together as "Minus Six" have been playing together in the Quad Cities for nearly 15 years.

Minus Six is comprised of a pianist, Kevin Carton; saxophonist, Matt Sivertsen; bassist, Kameron Rummans; and drummer, Rob Baner.  Carton is the band's songwriter and provides lead vocals, but is often joined by the voices of all three other members.

The group loosely considers their genre to be "piano pop-rock," but describes it as a fusion of ever-flowing genres.  They said the "Minus Six" name comes from their lack of a six-string guitar, trudging forward with their unique compilation of instruments in its place.

Carton told WQAD's Studio 8 that the band owes a shout out to Leslie Zeglin, who's known as the band's "guardian angel."  He said she helps with transportation, merchandise, CD art, photography and more.

"She's been apart of the ride for 15 years as well," said Carton.

On Friday, December 7, Minus Six was set to unveil their newest CD, "Spring Rain."  The band has recorded six projects, which include five studio albums and one live album.   Click here for details on their CD release event.