Babies and parents make music together at QC Rock Academy 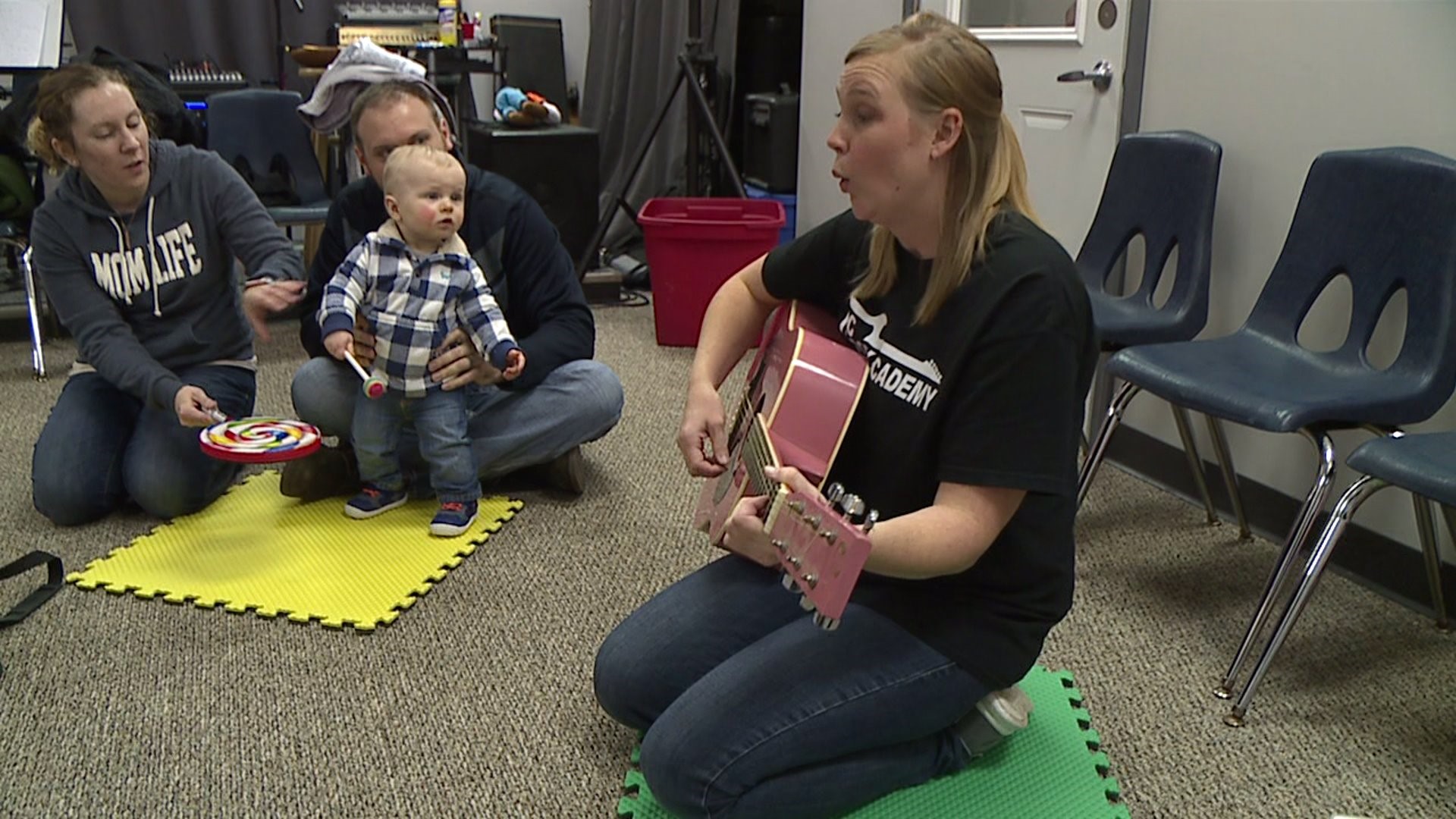 DAVENPORT, Iowa - Music is the universal language that even baby Ellie can understand.

“She loves things that make noise even if they aren’t instruments she loves making noise with things,” says Melissa Fredericks, Ellie’s mother.

It’s all about the notes and rhythm, associating those musical patterns with different memories or feelings – something Fredericks can understand.

“As a teacher I like to try and expose her to as many things as I can,” Fredericks stresses.

“They sing songs they already know, maybe some new songs, and interact with other moms and other babies and other dads too,” says Sarah Hepner, the class teacher and mother of three.

She started the class after she had her third baby this year.

“We have been singing songs at home, having a lot of fun, and thought this would be a great thing to bring to other moms and other babies to have a real great time,” Hepner says.

Through music, parents can connect with their little ones.

“It’s nice that I can have special time with her and know that it’s benefiting her too,” Fredericks comments.

In return, the baby learns more about communication.

“If a baby is trying to gesture something to you, if you put it in a song it’s easier for them to learn,” Hepner explains.

And while Ellie isn’t going to be on top of the charts in one day.  The universal language is something that will help her hit the right notes later in life.

“I think the more things we can expose her to the more well rounded she will be.  It will kind of shape what she likes as she gets older,” says Fredericks.