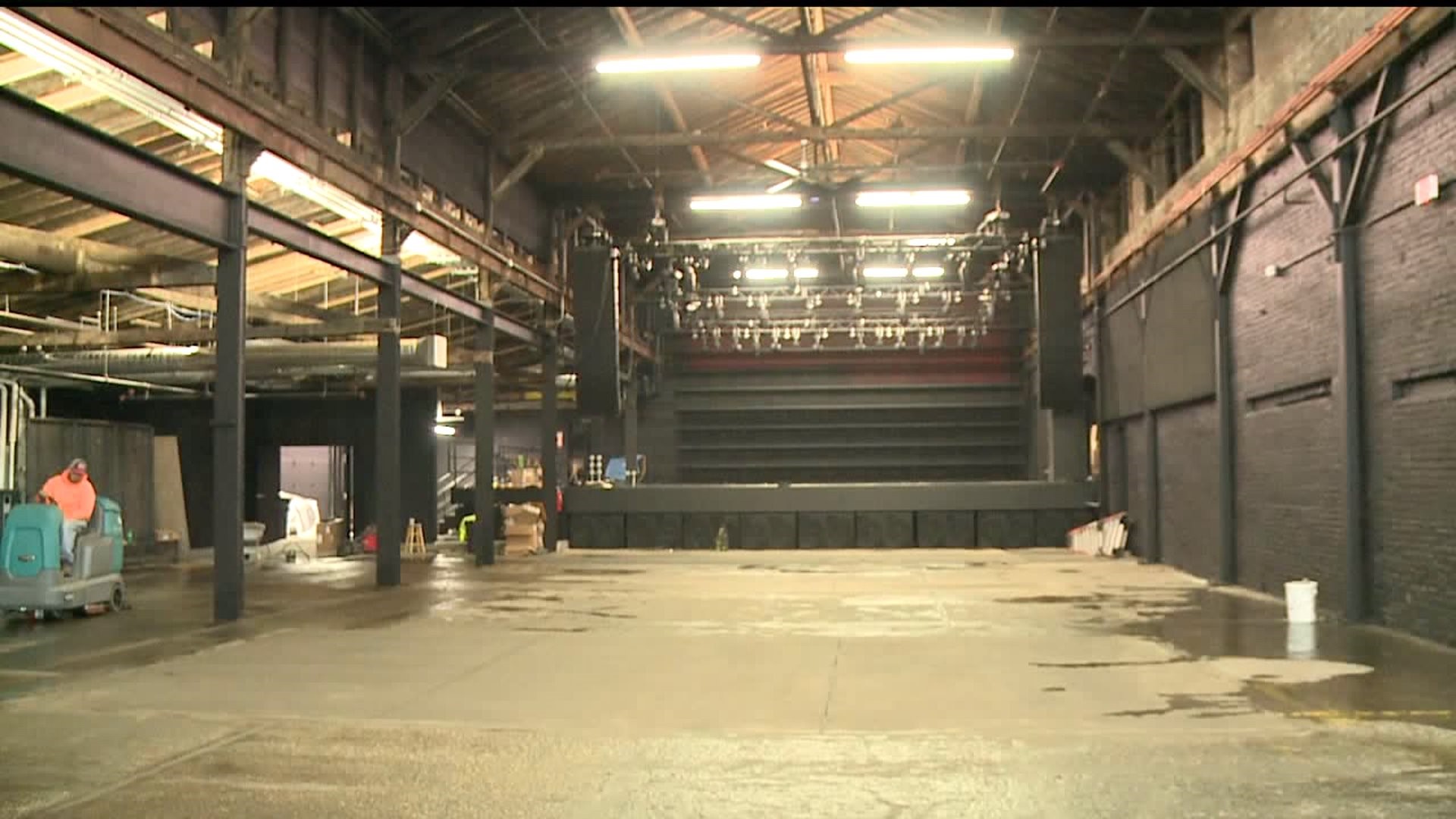 EAST MOLINE, Illinois - An old warehouse at 1201 7th St. has been transformed into a new music venue in East Moline.

(Learn more about the warehouse here.)

The Rust Belt, which can hold up to 4,000 concert goers, will open February 14 and is expected to welcome thousands of people to East Moline during a three-day music festival.

The festival is called Moeller Nights. It is being planned by Sean Moeller who owns The Rust Belt.

Moeller is a music booker. He is the same man who brought Daytrotter and The Tripple Crown Whiskey Bar and Raccoon Motel to the Quad Cities.

"The festival is just a way to show this place off for the first time," said Moeller. "(The festival) used to be called G.A.S. Fest, but we just renamed it because now it will have a permanent home here in the Rust Belt."

The transformation of the old warehouse into a music venue is just part of the project Moeller and other investors have been working on.

The Rust Belt is part of a larger complex called "Frog Town."

"We are building a brewery, a book store, a restaurant," said Moeller. "Everything is going to be here in this building."

Moeller said taking an old warehouse and transforming the building into a new space felt like the right thing to do, even while new construction at The Bend is going up just next door.

"The Quad Cities kind of went through a really weird era of tearing buildings down that shouldn't have been town down," said Moeller. "If you look at some place like New York City or Nashville, or any other city that everybody wants to visit, they don't tear buildings down."

Moeller said the inherent beauty in old buildings will blow people away if investors transform the spaces and give them new life.

Leaders say now that the music venue is open, the remaining projects should be finished and opened by late spring or early summer.