The organs built by Dobson are located all over the world, some as far as Oxford University or as close as Faith Lutheran Church in Clive. 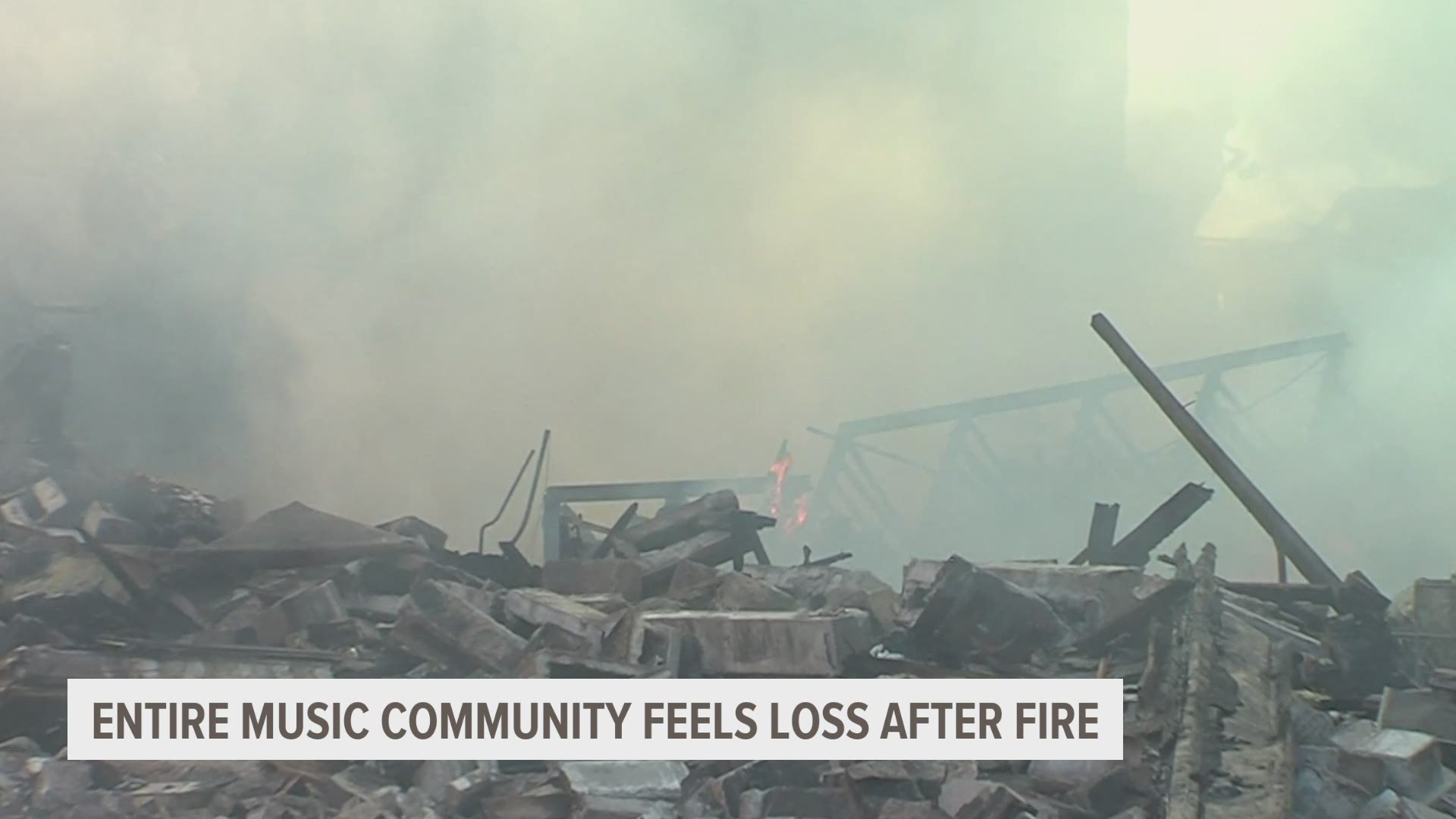 LAKE CITY, Iowa — All that remains of a world-renowned musical organ business is ash, rubble and smoke, but that doesn't mean the music will stop forever.

This devastating loss obviously felt in the community of Lake City, stretched across the globe within the musical community.

"One thing the pipe organ does is create this absolute feeling of grandeur— making music in a way that is larger than the individual person who's listening or playing," said Jeffrey Dexter, vice president of Schantz Organ Company.

While they are technically competitors, Schantz Organ Company from Ohio said they have a greater feeling of camraderie to their collegaues at Dobson Wednesday.

"To see what was going on in Lake City was absolutely mind-numbing and frightening," Dexter said. "It’s the kind of thing that we, as organ builders who work in shops that are specialized and really designed specifically for this craft, it’s something that we all fear."

Dexter said he felt physically ill hearing the news. He knows just how much has been lost in the fire: years of archives, drawings and more.

But the biggest loss according to Dexter is the tools used to craft pipe organs.

"The hand tools that individual craftspersons manufacture for themselves. You don't go to Home Depot or even to the local hardware [store] to buy this stuff," Dexter said. "Most of these tools are hand fabricated."

Each item lost is a necessary part of crafting custom organs in churches, universities and performance halls. The organs built by Dobson are located all over the world, some as far as Oxford University or as close as Faith Lutheran Church in Clive.

Ahmad recognized the loss this poses to regional and global music communities. However, she also recognized that the community's resilience is strong.

"In the world of music there have been devastating things that have happened, and yet, the music goes on," Ahmad said.

Dexter concurred, saying while the pain is raw the most integral part of Dobson Pipe Organ Builders remains.

"The Dobson organ company is not gone. Their workshop is gone, but the thing that really makes them who they are is not gone," Dexter said. "And that's those craftspeople and the way in which they apply their craft."