Keeping the music alive: One local band is remembering a COVID-cancelled concert

The Tailfins have played at the "Winter Dance Party" for the last few years, but this year it was forced to be virtual. 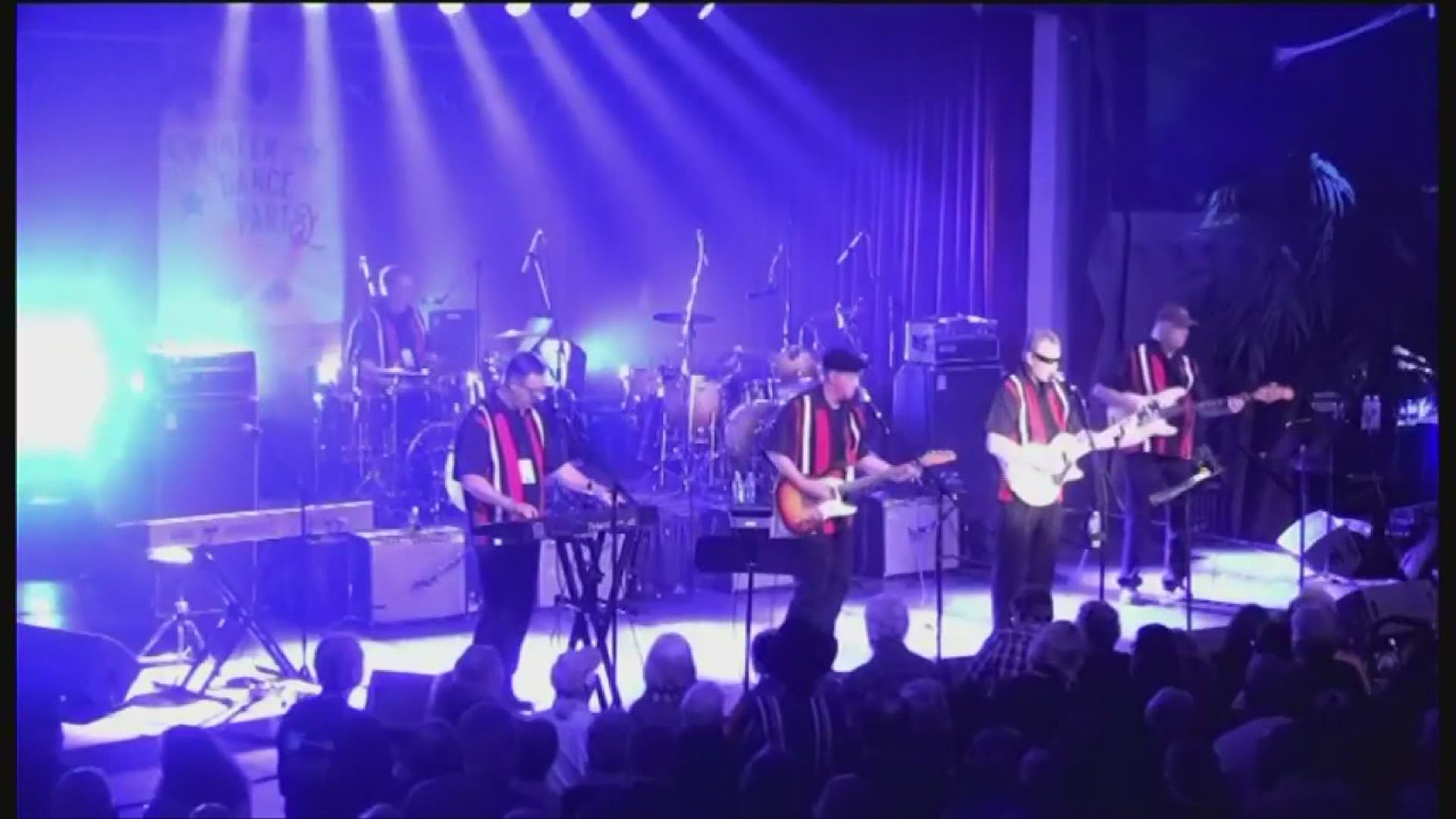 DAVENPORT, Iowa — In the Quad Cities music scene, 50s and 60s rock and roll is certainly alive, thanks, in part, to local band 'The Tailfins.'

Before Covid took over the world, it wasn't hard to find the group at casinos and venues across the region nearly all year long. But now, as with so many musicians throughout the country, their year was turned upside down.

And one of the most poignant losses, within a year filled with them, was of the "Winter Dance Party."

At the start of every year, the Surf Ballroom in Clear Lake, Iowa, hosts the event to remember and celebrate. The Surf is the infamous venue where Buddy Holly, Ritchie Valens, and 'The Big Bopper' played their final show before tragically passing away.

"Everybody kind of knows this story where they flew out of Mason City that night and they all perished in a plane crash," said Steve Pekios, one of the founding members of the Tailfins.

It's known as the day music died... but also became the beginning of a beloved new tradition.

For the past 42 years, the Surf has hosted the "Winter Dance Party," to celebrate the rock and roll of the 50s and 60s. Thousands of people attend, from all over the world, and bands pour in to play for the multi-day event.

Tailfins was honored to play as one of the house bands from 2017 to 2019. They say playing for that crowd, on the stage where some of their own personal heroes have played, was magical.

"It just brings everyone together to celebrate thing, to celebrate music. And that's what music should do," said Kerry Tucker, the band's guitarist. "I think it's just the purest form of what music can do at its best."

The band says when the concert was moved online this year, they mourned the loss of the live performances, but were glad something was being done to at least keep the tradition alive.

"When you have a venue like that, if you can't have your live performances, then you're not just gonna shut down," noted bass guitarist Robert Dahms. "You gotta keep it going, you know. Once it's in you, you can't let it go."

Pekios agreed, saying that the concert makes you want to get up and dance.

"It just makes you feel happy," he said. "So I think it'll just always be around. And we're gonna do our part to keep it around, anyway."