It's a new name for the QC Cancer Awareness Ride, but Gilda's Club members say the mission of the motorcycle event is still the same. 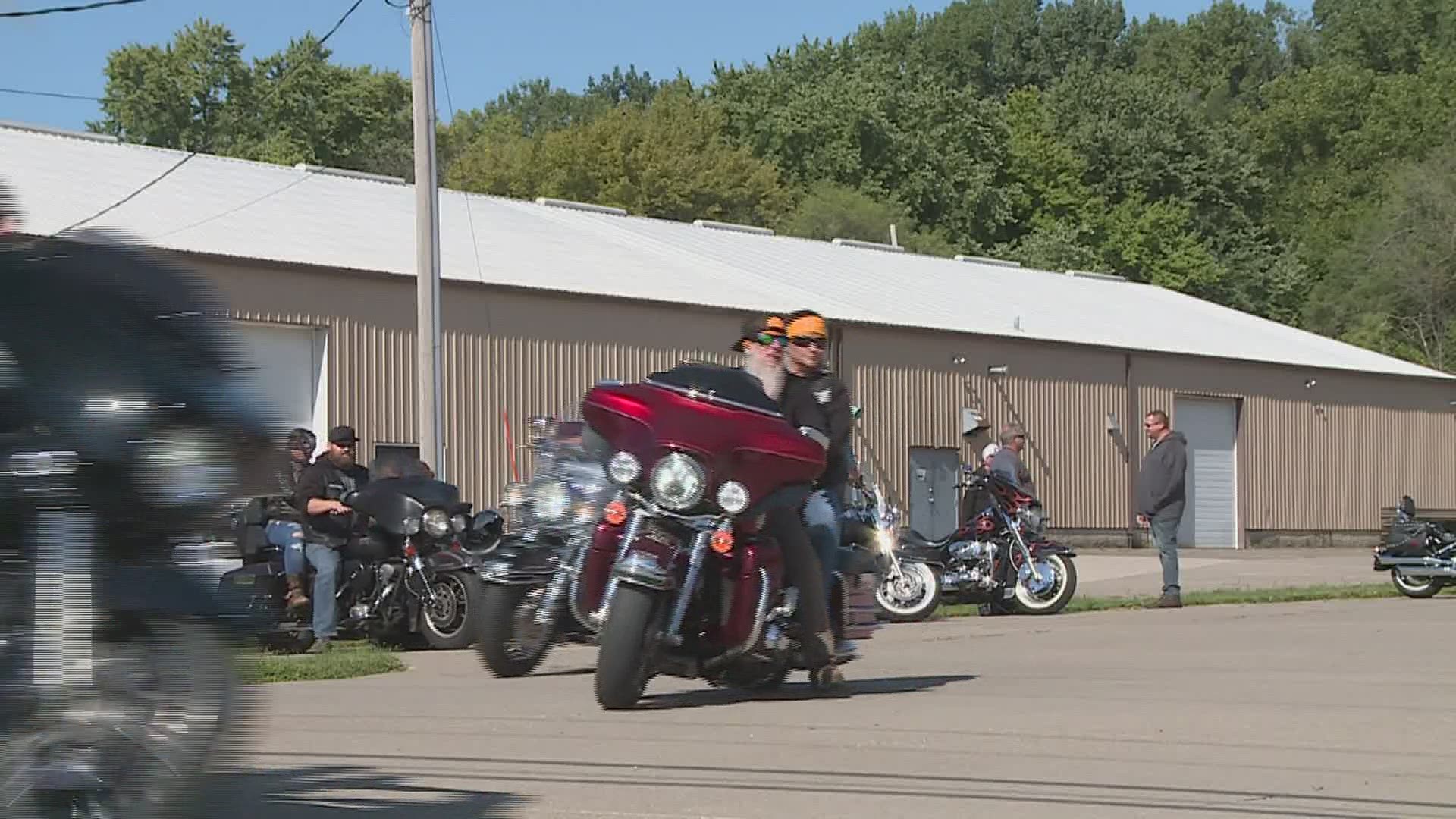 BETTENDORF, Iowa — Gilda's Club of the Quad Cities hosted their annual motorcycle ride for cancer awareness this weekend. And even with a new name, event organizers say excitement was still high.

The Red Door Ride, formerly known as the QC Cancer Awareness Ride, kicked off in Bettendorf on Sunday morning. Bikers could choose between two 70 mile routes or a more scenic, 140 mile route - all three along the Mississippi river.

Along the way, partnering businesses were listed as recommended stops, where motorcyclists could stop for food and drink specials.

Throughout the day, Gilda's Club sold masks and commemorative t-shirts. There was also a raffle and silent auction.

And while there was a steady stream of bikers at the morning registration and kick-off spot in Bettendorf, Michele Darland, Development Director for Gilda's Club, said it wasn't exactly easy to make this year's ride a reality.

"Everything's changed," she said. "With Covid, we didn't know if the typical ride stops would be open. So we were concentrating on Iowa, but then Illinois opened, so we took it all one day at a time."

And after almost two decades of the ride, she said the Gilda's Club community agreed it was time for a name change.

"We're wanting to come back more to the mission of why we're riding. So what is more iconic than the red door of Gilda's Club?"

And she said, for many of the riders, the event is extremely personal. Like Beverly Sammon, who, along with her husband, hasn't missed a year of the cancer awareness benefit since getting a bike.

"It's really special to me," she said. "My brother in law passed away of cancer. And I drive a school bus in Davenport and we just found out our boss that just left us, let us know that he has two types of cancer."

RELATED: Relay For Life Changing in 2020 Due to COVID-19 Pandemic

When Sammon and her husband began this year's ride, they were with a group of friends they say have been riding for Gilda's Club for years. "So this is very dear to all of us," she remarked.

And while Darland said she didn't know what to expect for the inaugural Red Door Ride, Gilda's Club doesn't plan on stopping any time soon.

"If we get the word out about Gilda's - it could be to one or to 100 riders - we'd just be happy for the support. That's the most important thing," she said.

The event wrapped up on Sunday afternoon with a celebration at The Tangled Wood in Bettendorf.