Dozens of planes are already at the airport. More than 150 Stearman planes are expected throughout the week for the 50th year of the fly-in. 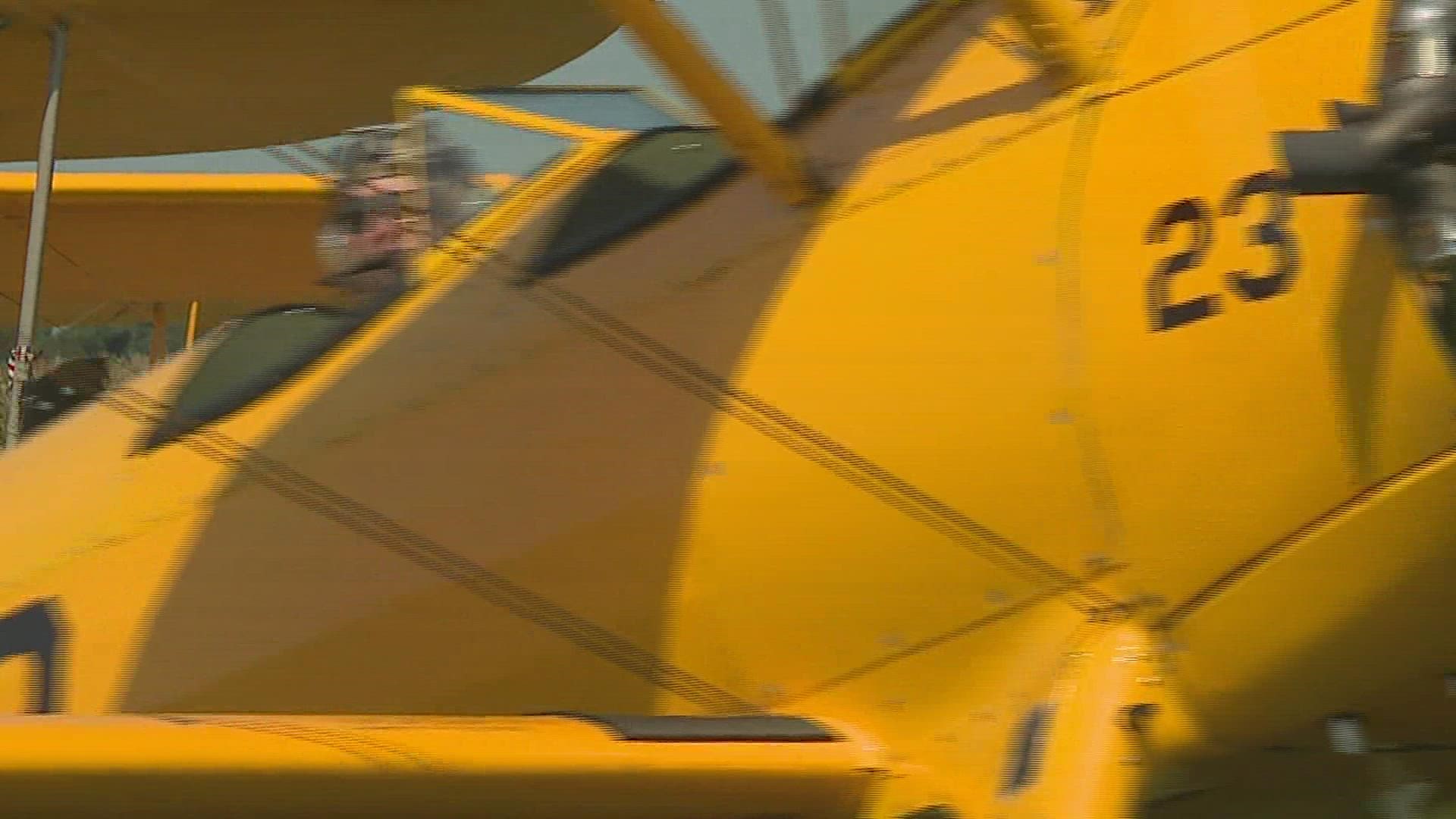 GALESBURG, Ill. — World War Two era planes are in Galesburg through September 11, 2021, for the annual Stearman Fly-in at the Galesburg Municipal Airport.

As dozens of planes sit parked on Monday morning, it's a reminder of how much history is right in front organizer Jeanne Conlon.

"The most we've ever had is 141," said Conlon. "This year we had pre-registered 158 Stearman planes coming. Today's the first day of the fly in, and last night we had 60 planes on the ground already so it's just going to be huge."

Pilots are flying in from across the country for the week-long event. They're coming from Florida, Maryland, Texas and California, just to name a few places, according to Conlon.

Peter Spear is one of those pilots.

Spear said the only four times he missed the event in Galesburg was once because of weather, once because of a work commitment and twice because he did not have a plane to fly south from Wisconsin.

Spear is from Kenosha, Wis., and has brought with him the same Stearman plane for 45 of those years.

"It's a piece of history," said Spear. "This trained the pilots during WW2, so basically we all own a piece of our American history."

Some pilots flew their planes over the Labor Day parade in Galesburg Monday morning, too.

They landed again at the municipal airport, and the public could take a guided tour to see the planes up-close.

"It's like a family reunion for them to come to," said Conlon. "It's like in other types of businesses, it might be an annual convention they go to, this is their convention.

The fly-in is a yearly reunion for a special plane.

"Got two wings, open cockpit, what could be better than that?" said Spear.

It's also a reminder of how much history is still in the sky.

You can find more information about the fly-in, and the week's schedule, by clicking here.

For those attending the 50th fly-in, the aircraft traffic patterns, parking and contest details are available in pdf form on the website under the Pilot Info menu. https://www.stearmanflyin.com/pilot-info

Posted by National Stearman Fly In on Tuesday, August 31, 2021