The annual event is back after last year's cancelation. Organizers say it helps bridge a divide between law enforcement and the community. 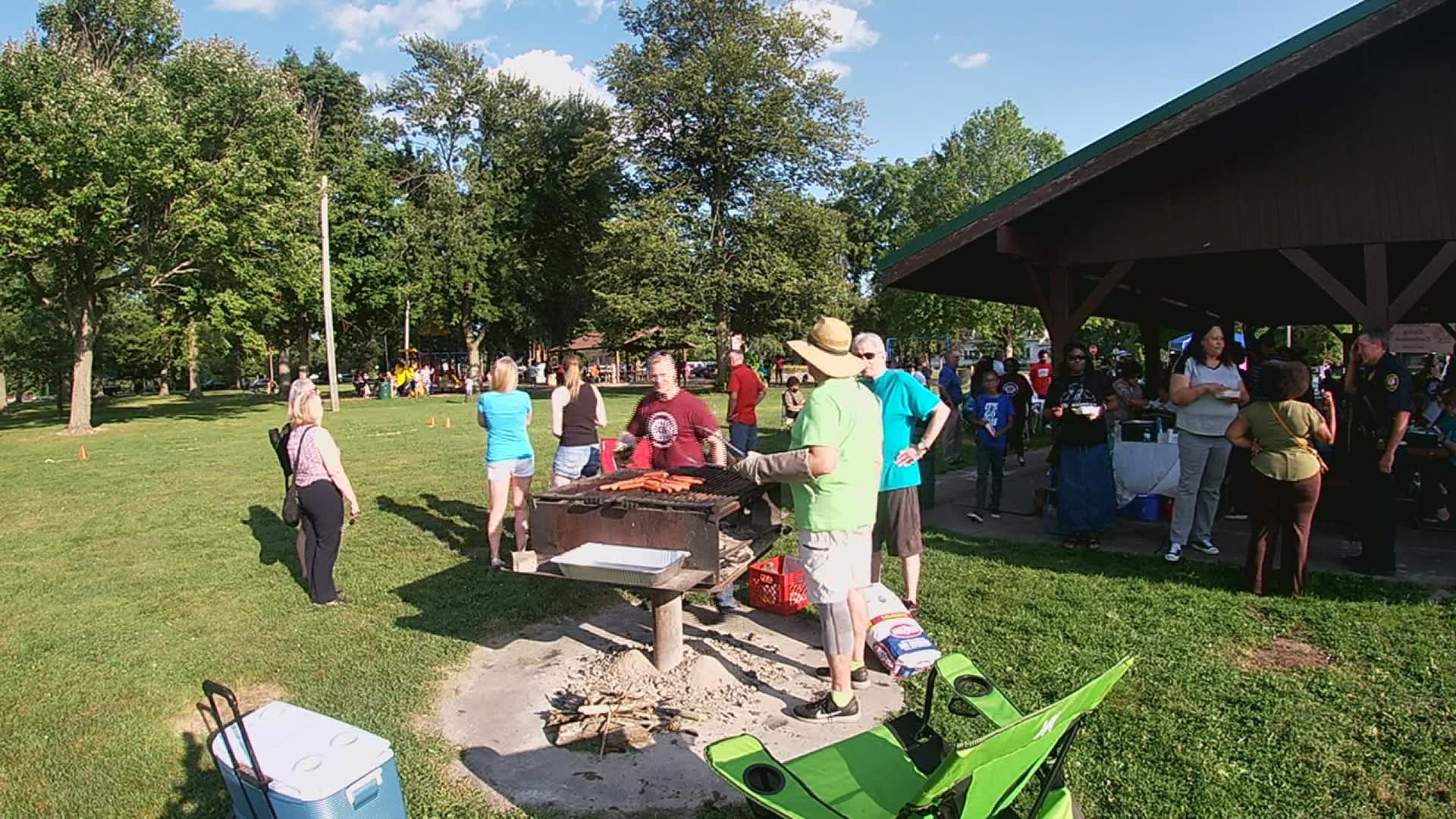 ROCK ISLAND, Ill. — Across the nation, law enforcement spent Tuesday night celebrating at block parties and get-togethers with their communities. Locally, police in Rock Island say it's a chance to bridge a divide with their neighbors.

The annual event is held on the first Tuesday of August, but was canceled last year due to Covid-19. This year, the Rock Island event in Longview Park was sponsored by the non-profit organization Community Caring Conference (CCC). Organizers say turnout was the highest it's been in recent memory.

"To be able to see so many members of the community face-to-face. You can't put a price on that. It's just amazing," said Lieutenant Tim McCloud, an officer who serves as CCC's Vice Chair.

The evening was complete with food, games, a visit from librarians and firetrucks and and ambulance, a K9 demonstration, tug of war and even a backpack giveaway from the Rock Island-Milan Kiwanis Club, where 50 fully-stocked bags were given to kids 11 and under.

But it goes beyond a night in the park. McCloud says it gives police the opportunity to get to know their community on a more personal level.

"There's such a divide, I think right now, between law enforcement and the community that we've really got to bridge. We've got to be able to take every opportunity we can," he said. "I think the most important part, right now, is to let them see, at least from the police department's perspective, that we're just normal people and we're their friend."

McCloud said that's why he joined the CCC in the first place, which helps organize events around Rock Island and 'empower residents to improve our neighborhoods.'

"The more people you can meet, the better. We sometimes get to the point where we're just showing up when things go wrong, so the folks at Rock Island just really need to be able to sit and interact with us, in a situation that's maybe not so chaotic. Maybe just a little more friendly," said McCloud. "I think the more we do that, the better things are going to be."

It's something CCC President Paul Fessler couldn't agree more with.

"Really it's like a person to person connection. And I think too often, we see things in divisive terms," he said. "This is all this is part of a lot of things that the community caring conference does. We've got people meeting in their neighborhoods doing neighborhood cleanups and other kinds of improvement activities working on issues. This is just a piece of the big picture."

The night did see a nice turnout, including Candace Jackson, who's been coming with her family for several years.

"I think it's nice that everybody's coming out," she said. "I think they outta happen more often. It's a great way for people to get to meet other people and see what's going on in the community."

And there were a few first-time-attendees as well.

Lori Angel-Young had been walking by when she saw the gathering in Longview Park and decided to see what was going on. To her, it was a show of support.

"This event is helpful," she said. "I think something like this would bring them even closer together, even if they think this is strained relationship between us. And we can all like come together the community you know, you got the police, you got to library, everybody."