The annual bike ride across Iowa had never hosted an overnight stay in DeWitt before. Even with the last-minute decision, the town celebrated in style. 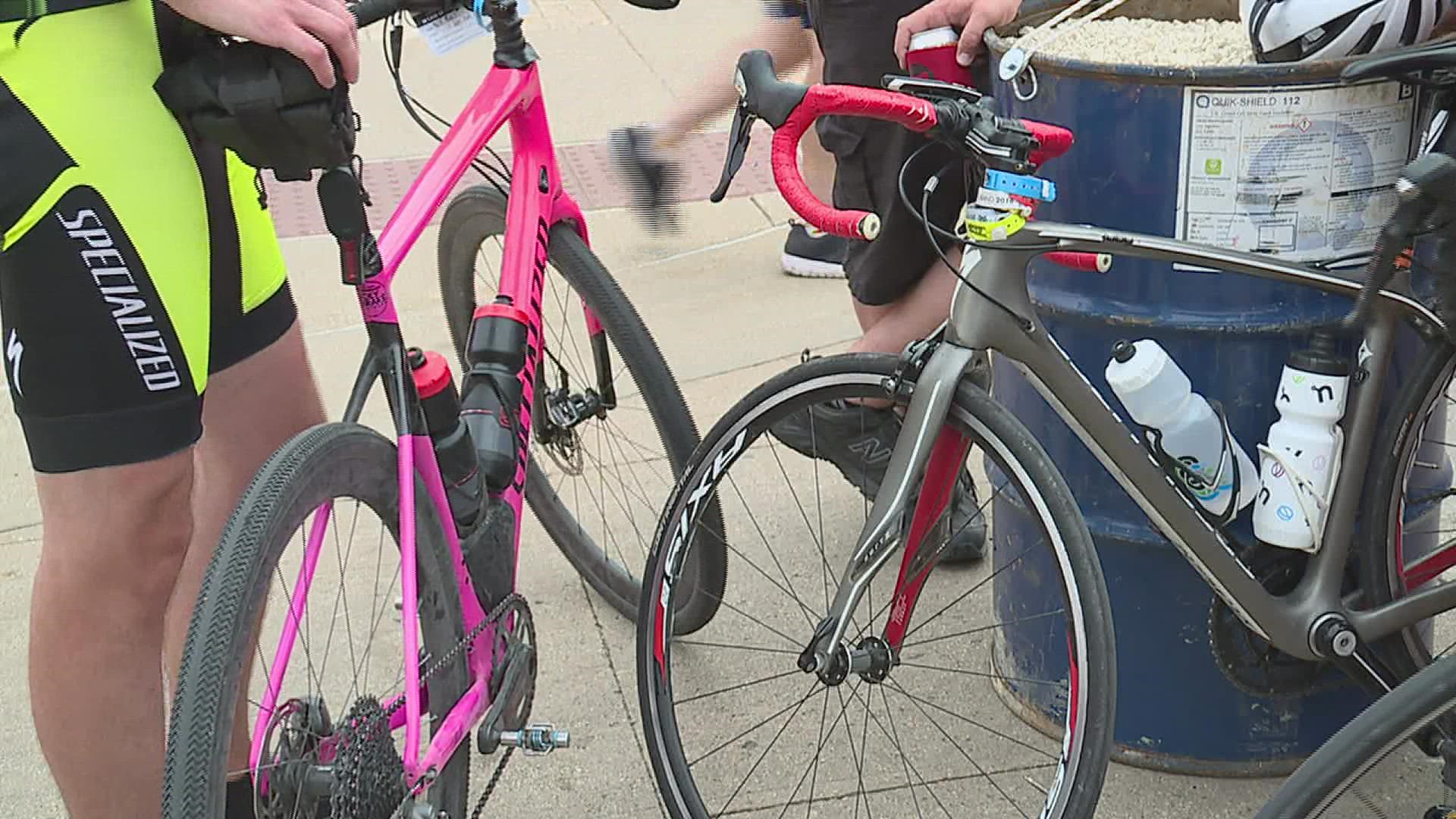 DEWITT, Iowa — The annual RAGBRAI bike ride celebrated a first in DeWitt on Friday night, with an overnight stop for riders.

DeWitt has never been an overnight host on the week-long tour, and it meant the town of 5,000 people was visited by around 15,000 guests.

"A good, normal town event is somewhere between two to 3,000 [people], so this is gonna be a good test for us tonight," laughed Matt Stammeyer, a volunteer in charge of one of the beer tents. "The heat finally broke, so the riders are in good spirits. I think they're ready to come into town, have one good last night, dip their tires and go home"

RAGBRAI is known for being the oldest, longest and largest recreational bike tour in the world. It invites cyclists from across the globe to ride across the state of Iowa, from the western side to the east. At the beginning, bike tires are dipping in the Missouri River, and at the end, the again in the Mississippi.

Along the way, riders spend the night in eight different host communities, before ending on a Saturday in Clinton. Typically, the last night would be held in Maquoketa, but apparent infrastructure issues prompted the stop to be moved to DeWitt for the very first time.

"We're looking forward to a big crowd, cool temperatures, people having fun and great music," said Tom Tiefenthaler, one of the 12 co-chairs on the party's executive board. "It’s been a great experience, it’s fun to showcase our town. Because we have so much to offer and we hope that people see it and they’re like oh my gosh, it’d be a good place to go back to or even move or open a business, it’s great to showcase our town."

Tiefenthaler said not only did the weather finally break for the final leg of the rider's journey, but the the distance to get to DeWitt was "only" 60 miles.

"I think our location and everything is perfect. The stars are in line tonight!"

And there was plenty to eat, drink and listen to. DeWitt closed off several streets and set up several stages around the downtown area. Local bars and restaurants stock pilled and set up for hundreds of guests and food trucks and vendors poured in from all over.

The board mentioned they had enough supplies to create 400 gallons of vodka lemonade.

"I brought over 1,000 pounds of different variations of meat," said Joe Hernandez, owner of "Los Primos Grill," a food stand at the party. Hernandez has been traveling with RAGBRAI for 15 years, moving from town to town with the riders. "We've never gone through DeWitt. It's a really nice little town, it really is!"

RELATED: Dewitt businesses prep for 20,000 people to take over the town for RAGBRAI

It's all something that made Mayor Don Thiltgen extremely proud.

"Very proud, very proud of DeWitt. We get so many compliments," he said. "It took a lot of planning and people put together, worked together, and we’re pulling it off."

Thiltgen remarked that after such a tough year, the business was vital for local vendors.

"They welcomed it with open arms. It’s a big deal and will allow them to try and make up some of that, hopefully they do. Looks like they’re going to!"

Outside of the action's hub, tables of lemonade stands and homemade treats could be found manned by local kids on the route to downtown.

Aria and Lily Soenksen dutifully watched the stand in front of their own house, raising money for The Heart Association. The two, titled Junior Miss DeWitt and Little Miss DeWitt, said many of the bikers that had stopped by were thankful.

"We've seen so many bikers," Aria said, with Lily adding that they had even given a few glasses to some police officers. "We are having so much fun!"

Rider Kathy Angus was enjoying the final night of her sixth year in the RAGBRAI when we caught up with her. She said even after a tough week, she wasn't ready to go home yet.

"I don’t feel ready to go home. The first day was really hard because it was a lot of miles and then it started getting really hot and now today the weather’s beautiful so now I feel like I have a second wind now!"

Angus hadn't been to DeWitt before the event, but remarked everyone was welcoming and open.

Next to her, rider Andrew Michalski rested on his bright pink bike, recovering from his first year on the RAGBRAI. He said he decided to commit to the route during Covid, and had been determined to finish it no matter what. Now so close to the end, all he could do was gush about his week.

"I haven’t had a single negative interaction with anybody this entire week. Not on the road, not off the road camping. Nothing. Two nights ago I stayed in a farm with about 30 other people. They gave us a shower, they fed us twice, it was how the world should be all the time. It was incredible!"

Michalski said his favorite part about the experience was riding up to anyone on the road and striking up a conversation.

"It's nice to see everybody being happy, even though we’re all suffering under the immense heat," he laughed.

When asked if he'd make the trip again next year, he immediately said yes, then took a moment to rethink.

"I want to! But first thing I’m going to do is stay in air conditioning for 24 hours straight before I make any decisions because I feel like this sun has fried my brain into scrambled eggs." 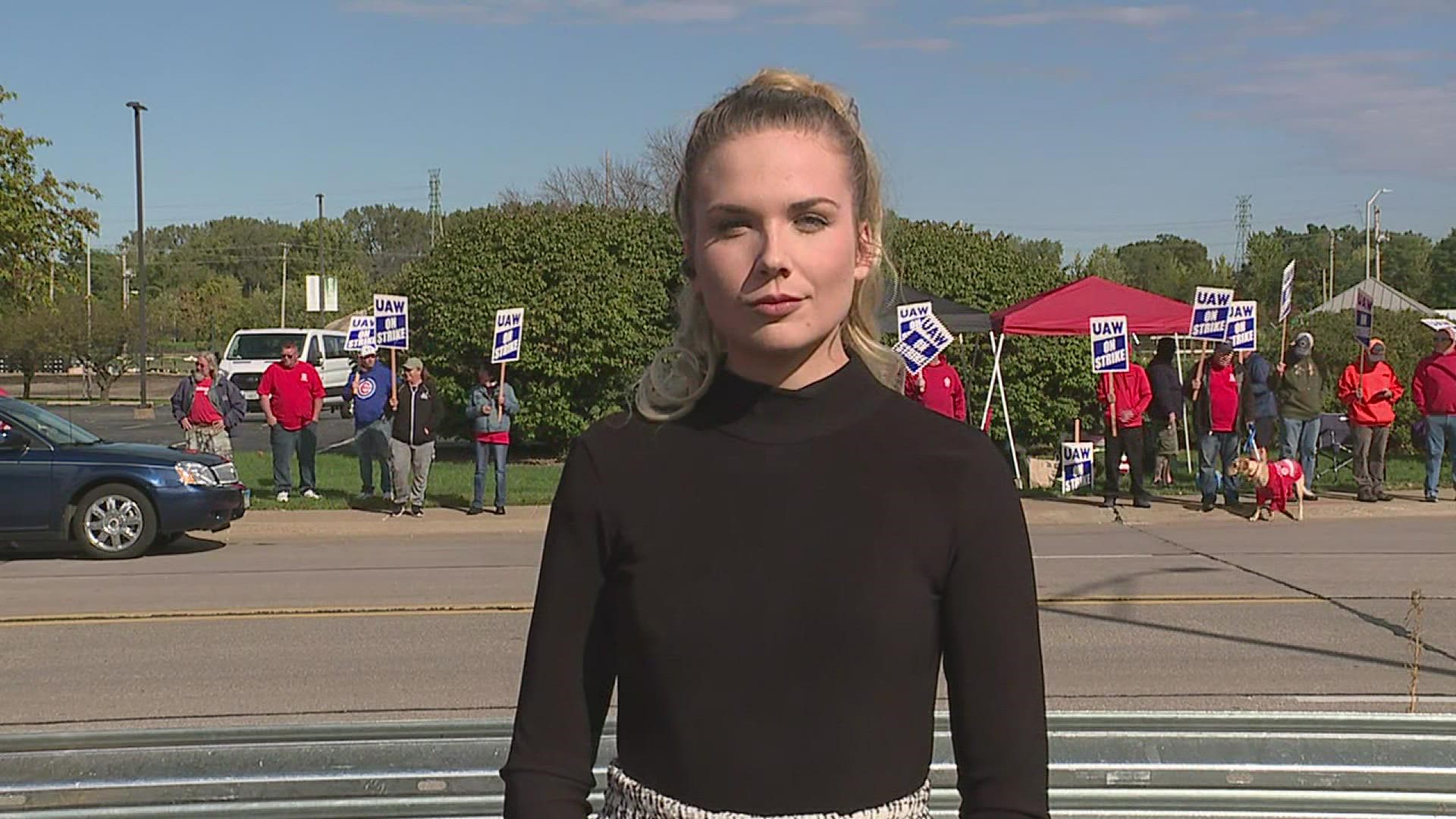