Hit the greens for a great cause: Project Outrun Iowa to host a golf scramble benefitting kids with cancer

The event will be at 1pm on Saturday, May 22nd, with a free after party at 5:30. Project Outrun is raising money to help design custom kicks for kids with cancer. 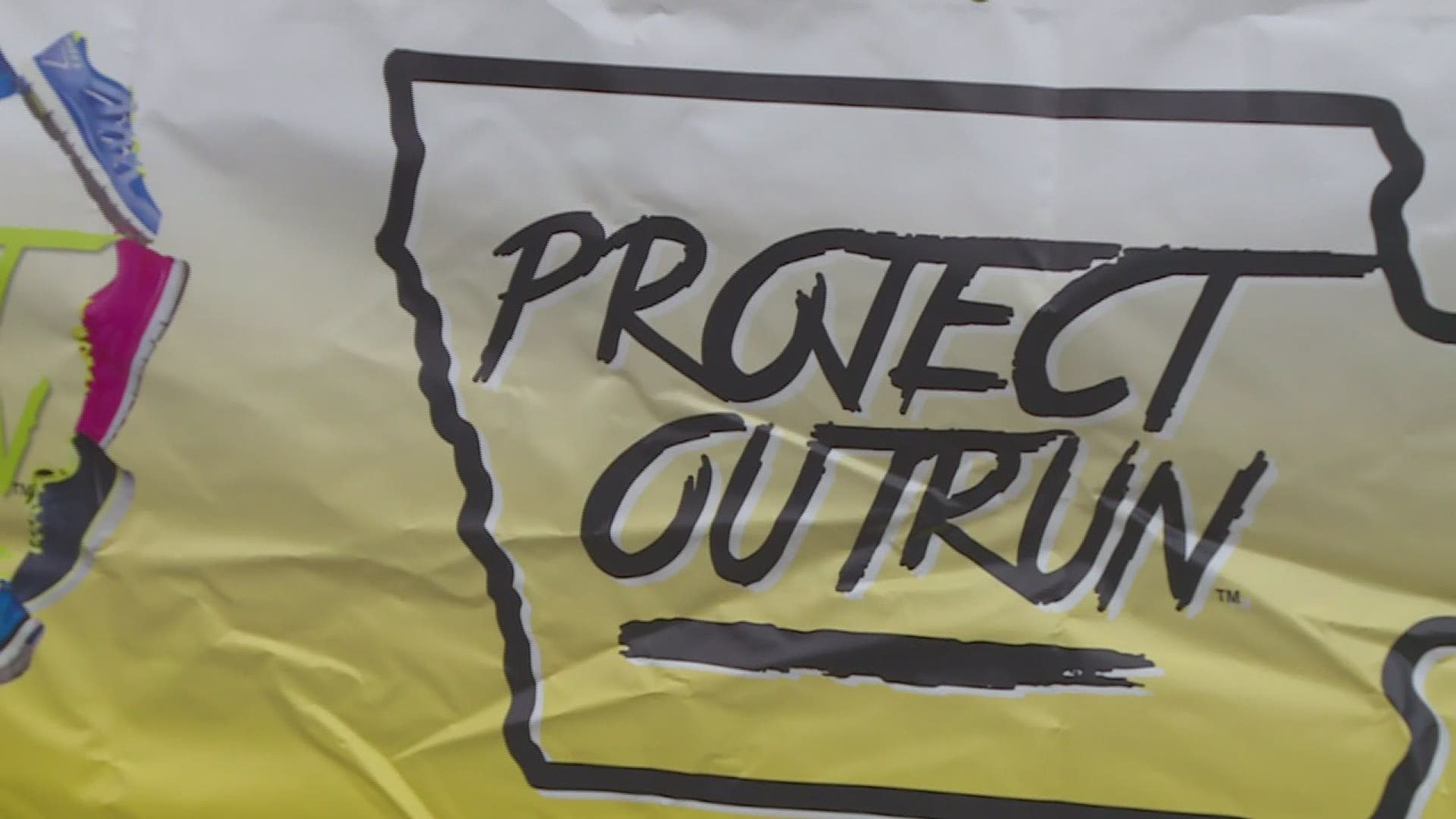 EAST MOLINE, Ill. — It's all about golfing for a cause. Project Outrun Iowa is hosting a golf scramble tournament on Saturday, May 22nd, to continue their non-profit work around the Quad City area.

There is still time to register your team of four. It's $300 per team - or $75 per person, and there are just a few spots left. To sign up or if you simply want to donate, you can contact the team at projectoutruniowa@gmail.com.

Tee off will take place at 1p.m., at the Short Hills Country Club in East Moline. Afterward a free after party will begin around 5:30 and is open to anyone, even if you didn't golf. There will be live music, games, a silent auction and a cash bar and grill.

Project Outrun Iowa began last year as a way to create custom kicks for children battling cancer. Each child gets to design their very own shoe and then wear it as they work towards the finish line of their medical journey.

Last year the group helped 45 area kids, including then 8-year-old Addi Kelly and her stylish purple and pink high-tops. They worked with youth from 18 years old all the way down to 2.

RELATED: Project Outrun is asking for your shoes... to give custom kicks to kids with cancer

Several of those survivors will be at the golf scramble on Saturday to share their stories and the impact Project Outrun Iowa had on them.

It does take $100 for each child's vision to become reality, so the group is hoping to raise enough money at the weekend's event to triple their numbers from last year. That would mean raising $15,000 so they can help 150 kids.

"Unfortunately there are plenty of kids that could benefit from the project," said Anthony and Lauren Long, Project Outrun Iowa Directors. "We wish there weren't but we're here for the ones that need a little lift. That's why we do what we do. But hopefully this golf tournament will become sort of the marquee event that will help us reach maybe triple the number we did in year one."

At the May 22nd tournament will be two very special honorary starters: four-year-old Ainsley and five-year-old Austin.

The Longs say there will be one more special addition to the tournament - a giant finish line all of the survivors can cross together at the end of the scramble. Families and community members will also walk across the line, right behind their children, as a living symbol of a saying that Project Outrun Iowa tries to operate on.

"A woman said this to us a while ago and it's such a good quote. We can't run this for them but we can certainly run this with them," said Anthony.

WE ARE ONE MONTH AWAY FROM OUR FUNDRAISING EVENT! 🎉🤩 SATURDAY, MAY 22nd 📆 Short Hills Country Club in East Moline,...

As the group continues their outreach work, they're hoping to eventually do the designing in Iowa children's hospitals, with lab parties for the kids they're helping.

"We want to bring in multiple kids at a time to have shoe designing parties while they're receiving treatment," said Lauren. "And we'd love to pair that with other events like measuring feet and face painting and wearing lab coats. Hopefully we can help 15 kids at a time make their shoes."

If you'd like to learn more about the local chapter, and how you can get involved, you can email them at projectoutruniowa@gmail.com, or check out their Facebook page here.

RELATED: A record-seeking canoe trip raced through the Quad Cities in the dead of the night