A new dirt race track to open up in Viola, Illinois 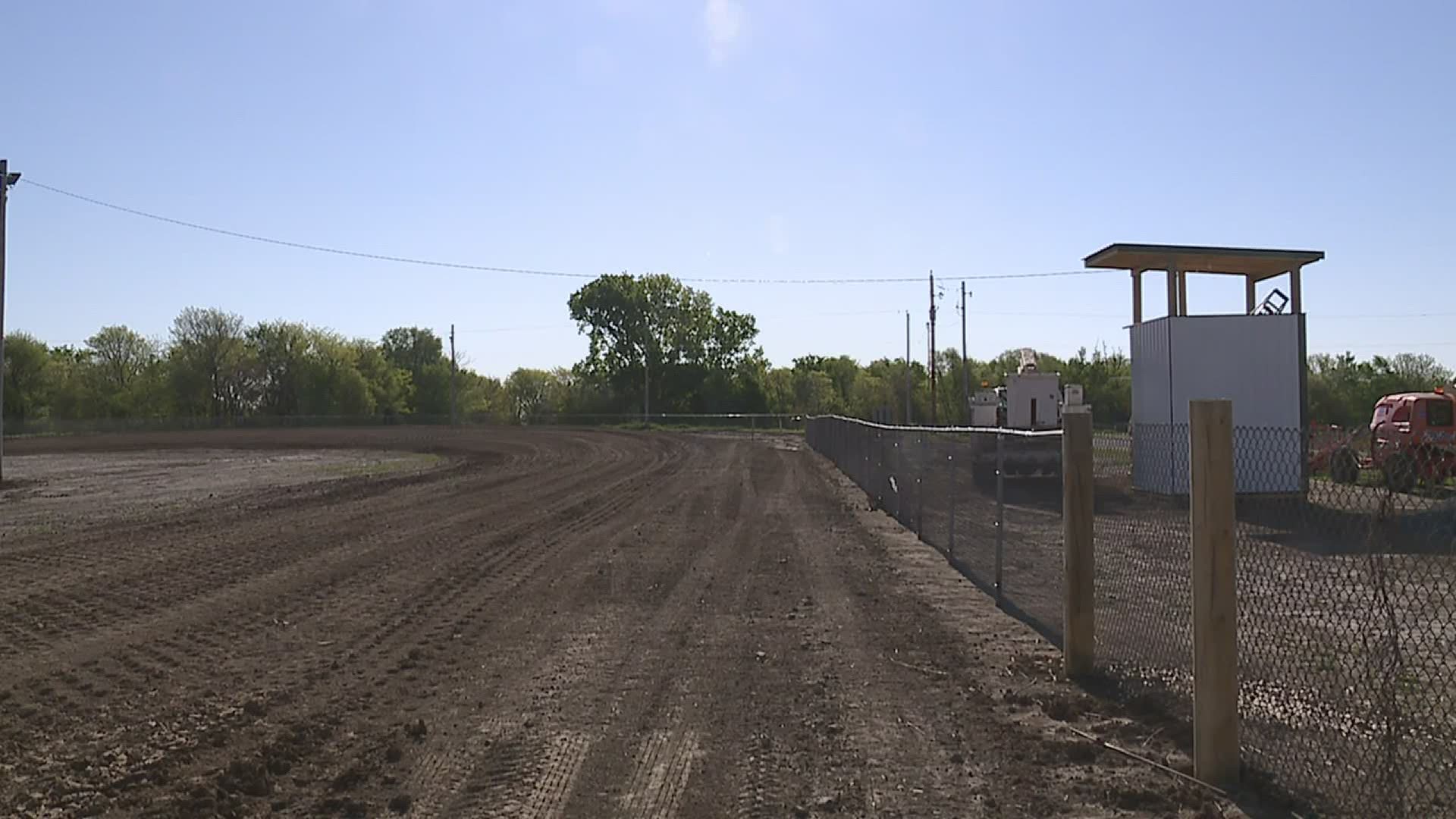 VIOLA, Ill. — Go-kart racing is about to zip into Mercer County, thanks to an all new dirt racing track nearly constructed in Viola.

The Viola Boyz Backroad Speedway will host races on Friday nights all summer long. Hot laps will begin at 6:30 and the main events will kick off around 7. Both adult and youth races will be held.

Practice races will take place on May 21st, with opening weekend officially beginning after Memorial Day, on Friday June 4th.

Tickets will be $10, with kids 12 and under entering for free, and available for purchase upon arrival. The track is located at 686 240th Street, Viola, Illinois.

"We got 11 different classes of karts - anywhere from the kids classes, the 5 year olds, up to the 500 wing karts for adults. So there's something here, they'll be something for everybody," said Chad Kinsey, co-owner of the speedway.

Kinsey has thrown demolition derbies at local county fairs for nearly three decades. But he says now was the time to dip his toe into something new after hearing how much interest there was in go-kart racing.

RELATED: Late night laughter returns to a local theatre, as they prepare for improv shows beginning May 22nd

"The same crowd that races at Gladstone and East Moline will be some of the same classes here, so it'll be just another night they can come out and race," he said.

The speedways in Henderson and Rock Island Counties race on Saturdays and Sundays, meaning the door was open to bring a Friday night event into the area.

"There was just people asking us, 'boy it'd be nice if there was a track somewhere in between.' And everybody we talked to was interested in it, so we decided to give it a try. Something new to come to the Mercer County, Viola area. Something new to do."

Kinsey said they searched all over the county for a space that could accommodate a race track, bleachers, concessions and parking, but were coming up short. Then, he decided to offer up his own front yard.

"It was just a hay field and a corn field and a bean field over the last several years," he laughed. "This is my land and we decided to put it up."

After hauling in mounds of dirt, sculpting a nearly four foot bank on either end of the track, installing bleachers and an announcers stand, and stringing up electrical wires, the track is almost ready for opening weekend.

"We had to bring in pretty much everything. All we started with was bare farm ground here and we got the fence up and we got the track tiled out so it'll drain if we get a heavy rain," said Kinsey. "We've come a long ways."

He says he's been getting calls from interested racers and fans from as far as three hours away. And all those potential people stopping by Mercer County every single Friday night is great news for Viola businesses.

RELATED: Opening day, a lost season, and pushing on even without any fans: Modern Woodmen's longest-serving employees reflect

"I'm hoping it doubles our business on a Friday night," said Tracy Mahler, Manager of City Limits Bar And Gaming Parlor in Viola. "I would love to be able to add more staff, add a couple more bartenders, couple more cooks... we have a full-time kitchen - I would love to be able to keep that open until 10/11 o'clock to help with the overload. You know, it's just a great opportunity all the way around."

Mahler says it's been a tough go since the pandemic hit, but there's a sense of optimism among local businesses.

"We've got the barbeque place up town, the coffee place, we're putting a brand new patio in here... we just want to showcase our community," she said. "We love the idea of racing and we thought it would bring people into our area. Bringing people from the Quad Cities and showing them what we have to offer out here."