Coal Valley Days is back after a year of Covid-cancellations

After being cancelled last year, and rained on back in 2019, the 2021 Coal Valley Days is back and says their Fourth Of July celebration is one of the best around. 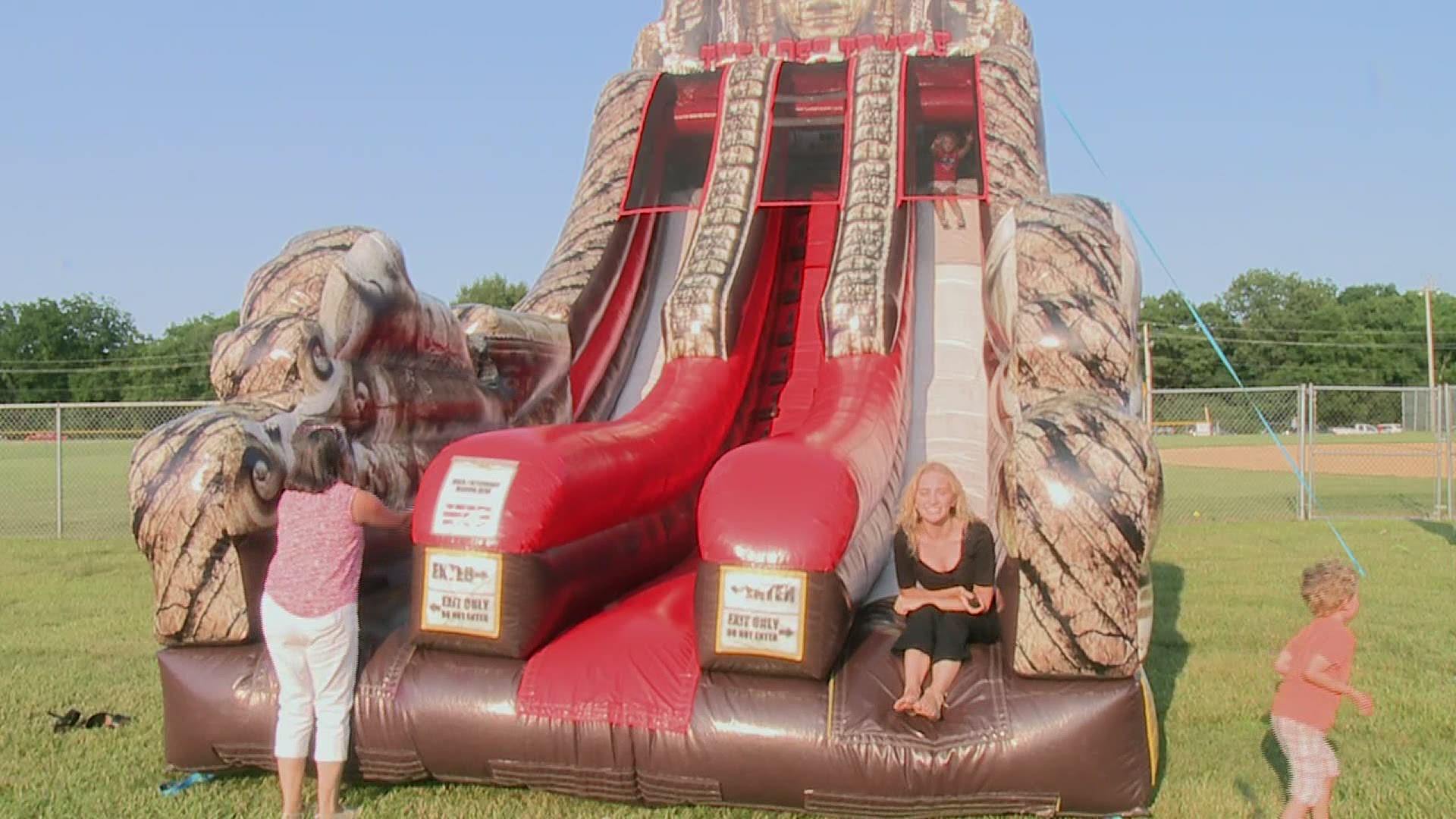 COAL VALLEY, Ill. — Normally, Coal Valley Days would take a year to prepare for. But, like most everything in 2021, organizers have had two years for this celebration, after Covid cancelled their event last summer.

Now the event is back for a small-town feel that doesn't skimp on the fun. With a petting zoo, bouncy slides, carnival food, alcohol, concessions, live music, games, breakfast in the park, a 'Doggy Dash' and more, there's a little bit of everything for anyone who comes out.

"We're just excited to get the community to come out and enjoy," said Toney Genova, Coal Valley Days President. "We spent $6,000 on fireworks this year. So, I mean, we're gonna have a hell of a show."

Genova says even though the event (held in a town of less than 4,000 people) may not have a budget as large as some neighboring cities, there's so much to see and do. Plus, he says the close-knit community makes the party feel like you're right at home.

RELATED: Here are the 4th of July fireworks displays around the Quad Cities area

"It's a small community, so everybody here kind of knows everybody. It's that local home feeling. It's what brings everybody out here - what makes Coal Valley such a great community."

First-time attendee Darlene Selman just moved to the town two years ago and saw the event pop up online.

"They made it sound really exciting to come," she giggled. Selman said after starting with a funnel cake, she plans to eat her way through the weekend, with big hopes for the 'Doggy Dash' and the pancake breakfast.

"And as the band starts playing and people start having a little bit of joy juice... you know... it'll be kind of exciting!"

The event hopes to draw about 10,000 people this year, including many from outside the immediate town. One of those was 10-year-old Eli Stanforth from Rock Island, who was surprised with a trip to the festivities. We caught up with him while he had a corndog in one hand and a lemonade in the other.

"This lemonade is so sweet it may give me a sugar rush," he told us. "I am really having fun!"

Who's ready for bags?