Local bar, Leisure Time Billiards, is bringing their professional pool tournament back, after a 15 year goodbye... and they want you to be there to catch the action. 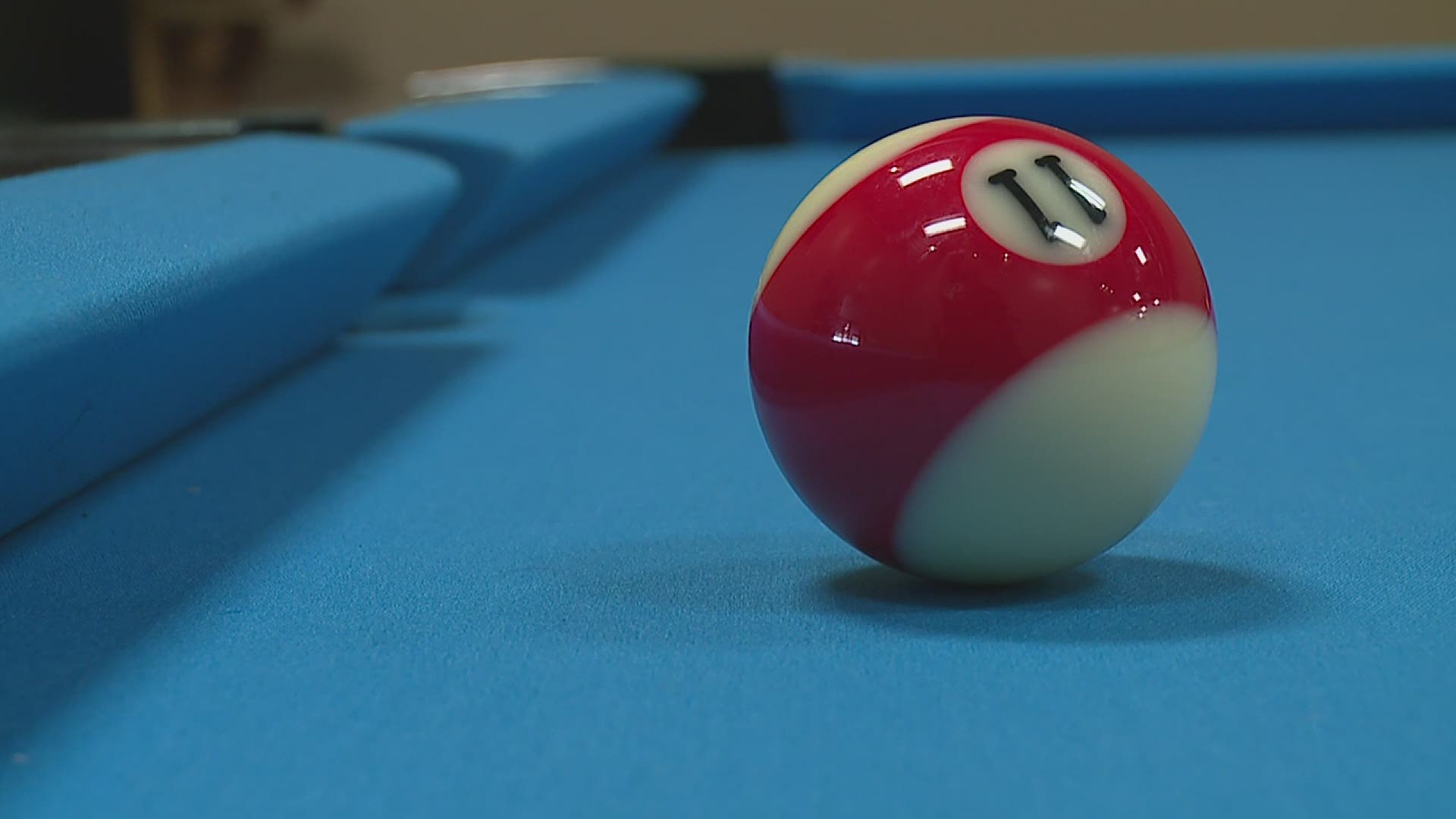 EAST MOLINE, Ill. — It's a homecoming 15 years in the making for a bar in East Moline. Professional pool players are back at Leisure Time Billiards & Sportsbar.

The bar is hosting the 'Bar Box Classic' May 5th through the 9th, and 75 players will be battling it out in 8-ball, 9-ball and 10-ball brackets. Many of the attending competitors are professionals, including the number one-ranked player in the country, Shane Van Boening.

Spectators are allowed at this event, with a $5 cover charge at the door.

You can also catch all the action online, streamed through PoolActionTV here.

For Leisure Time owner, Dwaine Bowman, the tournament is something he didn't quite expect to be hosting again.

In the 80s and 90s, Leisure Time regularly hosted the annual event. But as pool play became less popular, sponsorships dried up and tournaments across the country began to downsize.

"It was just too much competition with other areas running them on top of me, so the players went from as many as 128, down to 40 or 50. And when you're at the kind of money you're at, you can't have that fall off," said Bowman. "We just stepped down from having the tournaments. We'd still have league tournaments and local stuff, but nothing like this that draws the pros."

But a few months ago, a bar owner in Wisconsin got into an accident, forcing him to cancel his own tournament. Bowman said he figured that meant it was his turn to step up again.

And it's more than just a return to an old-normal... it's a return to a not-so-distant normal, when Leisure Time used to regularly hold similar tournaments and gettogethers. The weekend's billiards tournament will be their first large event since the pandemic began.

"Everybody's excited, the whole Quad Cities is excited to see this- see something like this back in the Quad Cities again," said Bowman. "Just creates activity with the patrons. Like I said, most of my customers aren't pool players. There's a lot of dart players. But even the dart players like pool. So it's really good. Just creates a whole new excitement and livens them up again."