One local mom describes the impact of the toy donation program on her life, as so many families face layoffs this year, due to the pandemic. 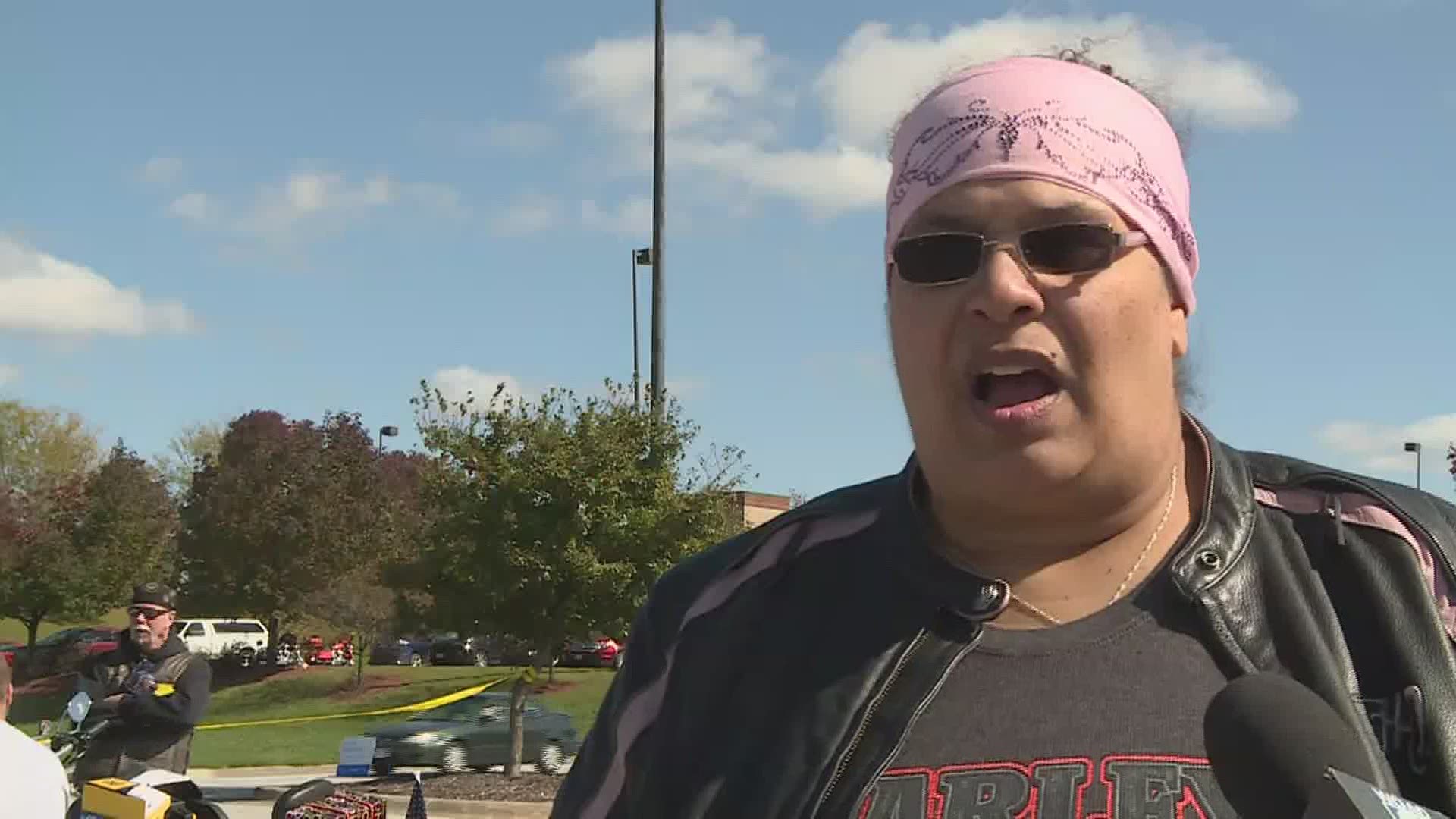 DAVENPORT, Iowa — The 36th annual "Toys For Tots Ride" took off in Davenport Sunday, October 4. Organizers say the 2020 ride is more important than ever, as they balance low donation numbers with higher need, both due to the pandemic.

Many of the riders came from A.B.A.T.E. of Iowa's 15th District. It's a nonprofit organization dedicated to the education of and for motorcyclists and the laws impacting them. District 15 has been participating in the Quad Cities' ride for decades.

"A lot of people have been laid off and haven't had jobs," he said. "We think there'll be the biggest need as there's ever been for toys for kids in the quad city area and in the country as a matter of fact."

He said one of the advantages of a ride such as this, is that all of the donated toys will stay local. "We're trying to take care of the community here and take care of number one, which is right here," said Hoker.

In 2019, the Marine Corps donated toys to over 5,000 children in the Quad Cities region. Sargent Armando Medrano is the coordinator for the area "Toys For Tots." He says with the pandemic cancelling so many events, every donation means that much more. He also reminded riders to spread the word that donations are still being accepted through December.

Riders met in a Walmart parking lot, each with unopened toys strapped onto their bikes. They then proceeded throughout town, until they reached the Marine Corp donation site at Bettendorf's old Hobby Lobby building. There, all the toys were loaded onto a truck, and taken to the Marine Corp stockpile until they're ready to be given to children all over the Quad Cities this Christmas.

Families with children ages 6 months to 12 years can sign up to receive the presents. When Christmas rolls around, parents who might not have enough money to get their kids a present can instead receive a gift through Toys For Tots.

Marie Womble-Wallace rode in the event with a firetruck, bracelet making set, stuffed hippo, and table football game strapped to her bike. But she says she used to be on the other side of the ride.

"I was a single mom," said Womble-Wallace. "I was able to use Toys For Tots for him when he was younger and now I'm able to help out."

She tearfully remembers the first present her son, now 26 years old, received from Toys For Tots. It was a wallet, and she said, the first one he had ever gotten. In the years after that, the program helped her give her child toy cars, games, and, an especially memorable walkie talkie set.

"I remember trying to make them things work and hearing them squeaking through the apartment," she laughed.

Womble-Wallace broke down in tears, recalling how much the program meant to her and her family. She said the program gives a gift to local children, but is also there for the parents as well.

"It's wonderful to be able to see their faces when you give them the present, but when you’re struggling and trying your best and want to give everything you can to your kids, it’s such a blessing to know there’s a program out here that’ll help and give that little extra hand," she said. "It doesn't make any difference how small or how big that toy is. If it comes from Dollar Tree to the most expensive like Toys R Us or wherever... it's a blessing."

For parents who are going through tough times, she remarked, who have to choose the rent and electricity bills over Christmas presents, Toys For Tots has made an incredible impact.

That, says marines, is what makes today's ride all the more crucial - both for the donations and the exposure it brings to Toys For Tots.

Local A.B.A.T.E. members say they're proud the biker community here has always turned out - no matter what obstacles stood in their way.

RELATED: A local three year old was diagnosed with Leukemia - now, his family is giving back

"So far, we’ve seen a lot of people get out and show up. No matter what, people show up for this," said David "Spiff" Bremar, Legislative Officer for A.B.A.T.E. District 15. "We get a lot of participation. Usually around three to six hundred bikes."

To Bremar, the event helps the community remember the beginning of the holiday season, and how they can start thinking of others.

He's been riding for Toys For Tots since 2000, and has done so in several other states, including Missouri and Colorado. But he says the energy and participation around the Quad Cities ride has always been different... although he doesn't know why.

"We seem to get a lot more participation than a lot of even the bigger districts," Bremar remarked.

One of the participating members, Edward Curley, has been coming out for the ride for nearly 20 years.

"I keep coming back for the brotherhood and the Marine Core and helping the kids," he said. A retired marine himself, Curley said he had always heard of the ride, so when he moved to the Quad Cities, he said he had to get involved.

While he said he loves the honks and waves the bikers get during their procession through town, he said the exposure and awareness it brings is even more important.

And it's never hard to spot Curley during the annual event - he's the one out front, with giant American flags hanging off the back of his bike. But perhaps even more noticeable are the fishing poles he has strapped to his handlebars.

"I strap 10-15 fishing rods on my bike every year," he said. They're his favorite gift to donate. "I'm 58 years old and I've still got my original fishing pole." A feeling that more than a dozen local kids get to experience each Christmas, thanks to Curley's donations.

"It's something that kids will appreciate. They can use it lots and lots throughout the years," he said. "Anytime we can make a kid's Christmas better is that much happier."

If you would like to register, you must go to the Toys For Tots warehouse at 1 Mongomery Dr. in Moline (under the 74 Bridge). Registration times are from 9am - 5pm every Thursday, Friday and Saturday from November 5 to December 5.

You can find the full list of donation drop-offs here.