The locally-sourced cocktail will be a play on elote - or Mexican street corn. It will be exclusively available at Mississippi River Distilling Co. this July. 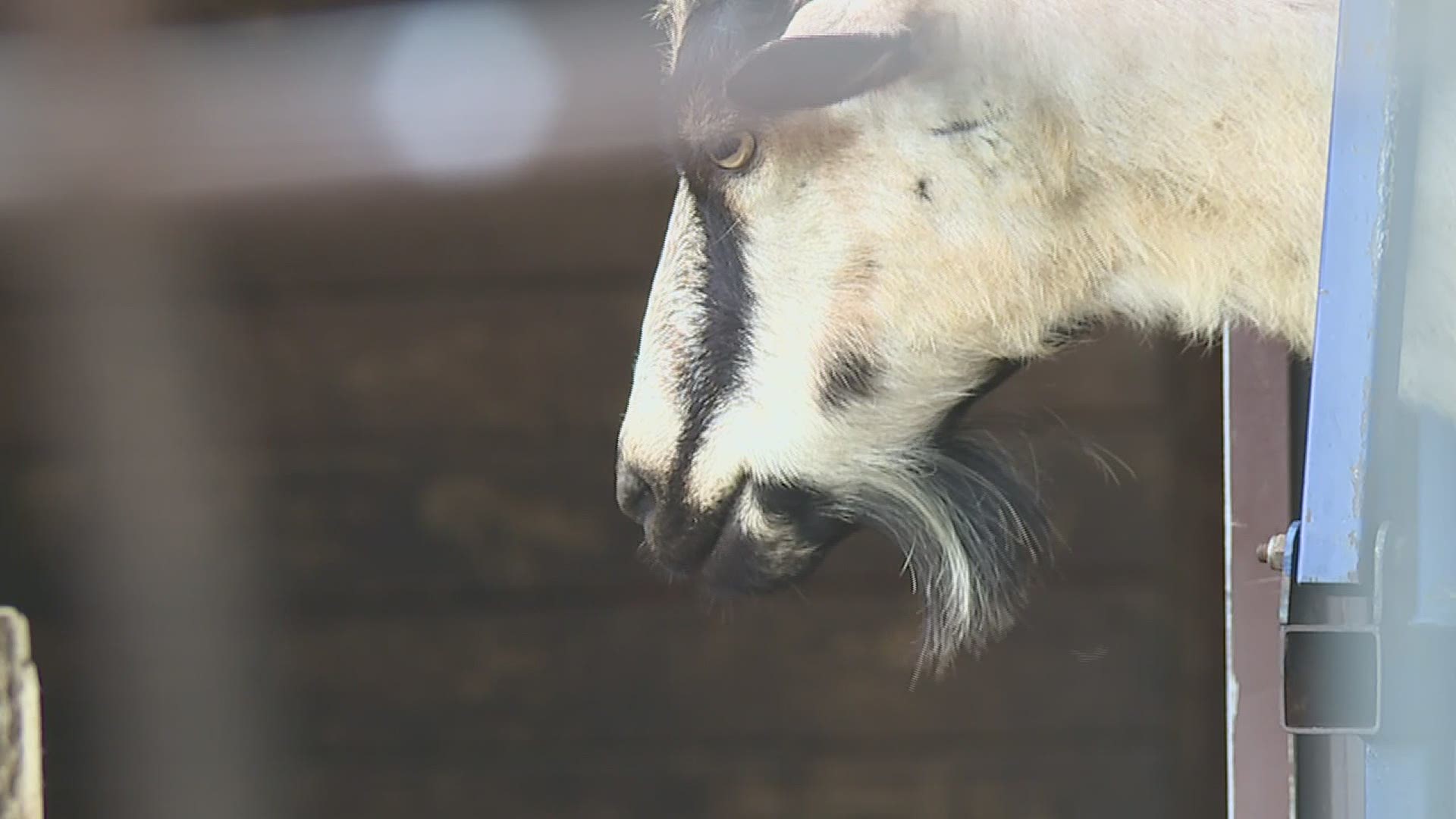 LE CLAIRE, Iowa — There's a brand new cocktail coming to the Mississippi River Distilling Company... and it's got an ingredient you might not have expected. Goat's milk!

The drink will be the distillery's featured drink of July and is a play on 'elote,' which is a Mexican street corn treat. It will combine roasted sweet corn, chili powder, lime and hot sauce. That all gets pureed and strained, then Iowish whiskey and goats milk is added, along with some fresh lime. Finally, everything gets shaken up, strained one more time, then garnished with orange zest.

All of the milk will come from Dailey Farms in Alexis, Illinois. Owner John Dailey has about 60 goats at the moment (and, of course, he knows each of them by name). He says their milk is perfect for the drink because it's not homogenized or processed and really doesn't taste any sweeter than milk you might buy from the store.

RELATED: Trees to treats; how some local goats are chowing down on repurposed Christmas decorations

"We don't add any of that processing stuff," said Dailey. "They're foraging through the woods, they're eating lots of mushrooms, nuts, berries, twigs... they eat bark, they eat alfalfa - everything you can imagine! Poison Ivy [too] and it really adds flavor to it. A lot of our clientele will come up and say I remember having milk fresh out of the jug as a young child and they can remember that flavor. That's what we're gonna taste like."

The cocktail at Mississippi River Distilling will only be offered in July, since it's a little labor intensive for the bartenders to make, but both the distillery and Dailey say it's a great partnership between two local businesses. Even the corn that's featured in the drink will come from a local farmer just a few miles down the road from the distillery.

But if you can't wait until July to try out some goats milk, Dailey Farms has their bottled product available in Hy-Vee's on the Illinois side of the river. They're also beginning a new subscription service for milk delivery. To learn more and to sign up, you can message them on their Facebook.

"We're used to doing a lot of sample events pre-covid and that's how we get so many people to actually pick up the goat milk," explained Dailey. "Because then they try it and then everybody- the most common reaction is 'hey... it tastes like milk!' Which is funny because I'm always like, 'it is milk.'"

Season 4: Back on shelves at all Chicago & Moline locations.