Ballet On The Lawn dances its way through a second weekend

Professional dancers from Ballet Quad Cities performed outdoors for the second weekend this season, after Covid-19 cancelled most of their indoor shows. 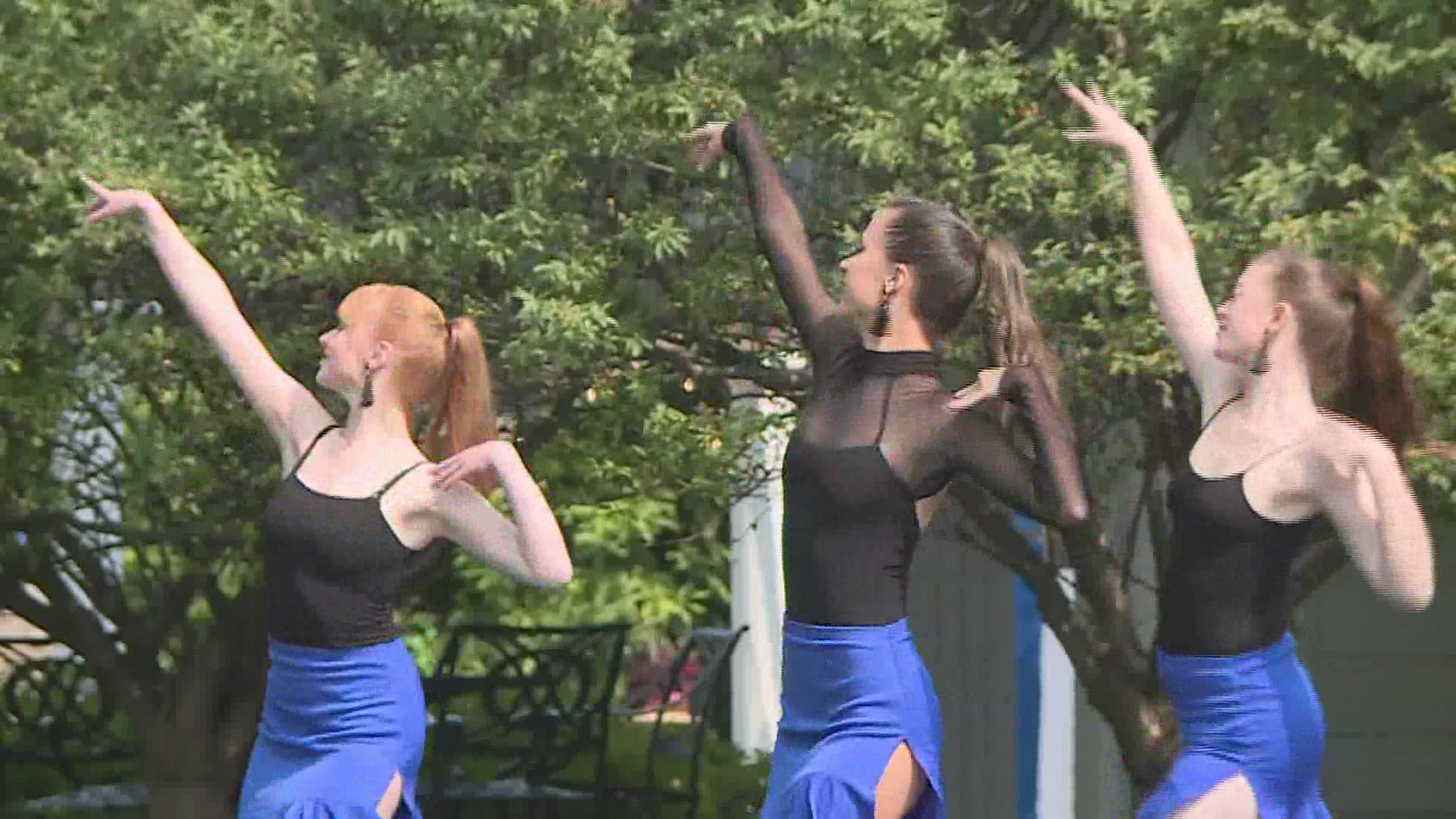 The original group of shows were held at the end of August, and the company says the huge success of those warranted a second string of performances. Sunday's hour long program was shown at 1, 3, and 5pm to nearly sold-out crowds.

"We sold out our first performance on August 30th and we just decided to keep the good will going," said Joedy Cook, CEO and founder of Ballet Quad Cities.

She attributes the success of the outdoor program to the creative, determined, close-knit cast and artistic crew that work at Ballet Quad Cities. All of that creates a cocktail that other companies are unable to replicate, she said.

But the company hasn't avoided all of the losses the pandemic has brought about. The industry has been hit particularly hard. And for these local dancers, "Ballet On The Lawn" was a reclamation of a season that Covid-19 has almost completely wiped out.

"When Covid hit and we realized we were gonna be canceling our entire season," said Cook. "It became very apparent that I better start thinking about outdoor venues."

Thank you Rock Island Parks and Recreation for having us open last night! If you haven't been to Thursday Night Groove...

For the professionals at Ballet Quad Cities, it may not have been the stage they're used to, but it was a welcome return to a deeply missed aspect of their job.

"The sun has been one unexpected thing we've had to deal with," said Claire Cordano, a professional ballet dancer in her second season at the company. "But that was pretty easy to work with...and the wind, which is pretty nice with our costumes cause it makes them flow."

As she's watched other companies across the country struggle through the pandemic, she said the cast is fortunate to be performing again, no matter where the venue is. And even though she can't wait to return to theaters and live orchestras, she says there's been some perks of the outdoor shows that she hadn't anticipated.

"I actually love it because you can interact with the audience, instead of not seeing them," remarked Cordano. "You get to see everyone's faces and in these pieces we act a bit more, so it's fun to play off the crowd."

RELATED: The show is back on at Circa '21 after being closed for six months

And those in the crowd, including Rock Island fifth grader Louise O'melia, had a great afternoon in the sun as well.

"It was very fun! It went by really fast," she said. Louise hopes to be a dancer herself - although she can't decide between contemporary or hip hop.

As for Nora O'melia she said, "My favorite dance was where the people with the sports shirts... yeah, the baseball players."

The next performance from Ballet Quad Cities will be indoors, but back at The Outing Club. Tickets are on sale now for "Dance For Dracula" and are limited. Masks will be required.

And Cook says that while the company is very young (only founded in 1996), not even the pandemic will slow down their plans for the future.

"As soon as we get through this chaotic time, we do hope to be able to grow. But more importantly... it's not so much growth, but more of sustaining. Ballet includes all art forms and we touch people differently with it. We think the vehicle of dance is the best."