In the fourth year of the festival, more than 20 venues in Iowa and Illinois will host more than 100 performances and shows. 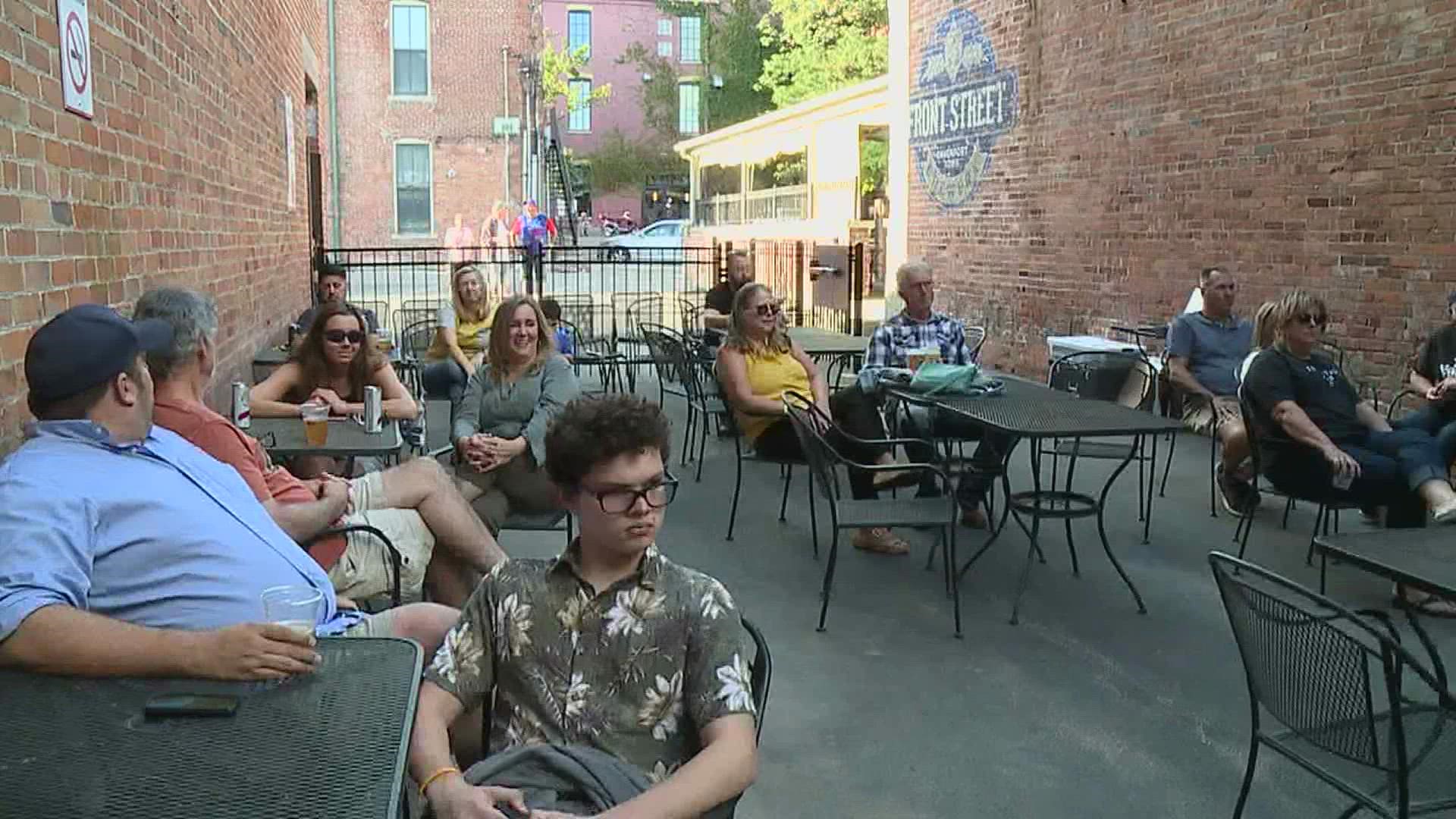 DAVENPORT, Iowa — Festivals and fairs have made a return this summer, and the Alternating Currents Festival happening this weekend is no exception.

It's the fourth year of the festival, hosted and organized by the Downtown Davenport Partnership. The festival runs from August 19 through August 22.

During the festival, more than 20 local venues in Davenport, Rock Island and Moline will host more than 100 performances and shows.

It may not feel like a traditional festival, though. There is no gate, and the events are free.

Instead of bringing entertainment to one spot in town, organizers are spreading out the musicians, comedians, film screenings and artists.

Organizer Jason Gilliland said this is intentional, so people can move around and explore the downtown areas on both sides of the river throughout the weekend.

Gilliland also said it is a chance for the community to support the local businesses in each town, since the festival is not providing centrally-located food and beverage services.

Because there are no gates for a typical entrance to a festival, Gilliland said it will not be as obvious that a festival is happening, but the atmosphere will be quite similar throughout the entire downtown area.

"Especially with a lot of the venues being outdoors, I mean you can just be kinda walking down the street and hear something off into the distance and you know kinda make your way there," said Gilliland.

The Alternating Currents Festival is also different than other festivals, because there are so many venues and performances to choose from, Gilliland said.

"You have the one big stage, and you know you sit down and whatever's on that stage is what you're listening to," said Gilliland. "And with Alternating Currents, you can walk in to, you know, a venue and say, you know what, this band, it's not for me."

Gilliland said it is not possible to see and do everything during the weekend, simply because of how many acts are scheduled.

Because everything is spread out across three cities, organizers have developed a mobile app, which can help people plan their days and find the specific events that interest them. There is a maps feature built-in as well, so people can see exactly where they need to go for a certain performance after finding a parking spot.

For more information about downloading the app, click here. There are options for both Apple and Android users.

For the full schedule for the weekend, click here.

THE COUNTDOWN BEGINS! Three days until Alternating Currents Festival! 🤘🎸 We are kicking off AC on Thursday with an incredible mural unveiling event in downtown Rock Island! 🎨✨ For more information👇 https://bit.ly/2UP5MLm To download the app👇 https://bit.ly/3iKb4Qe